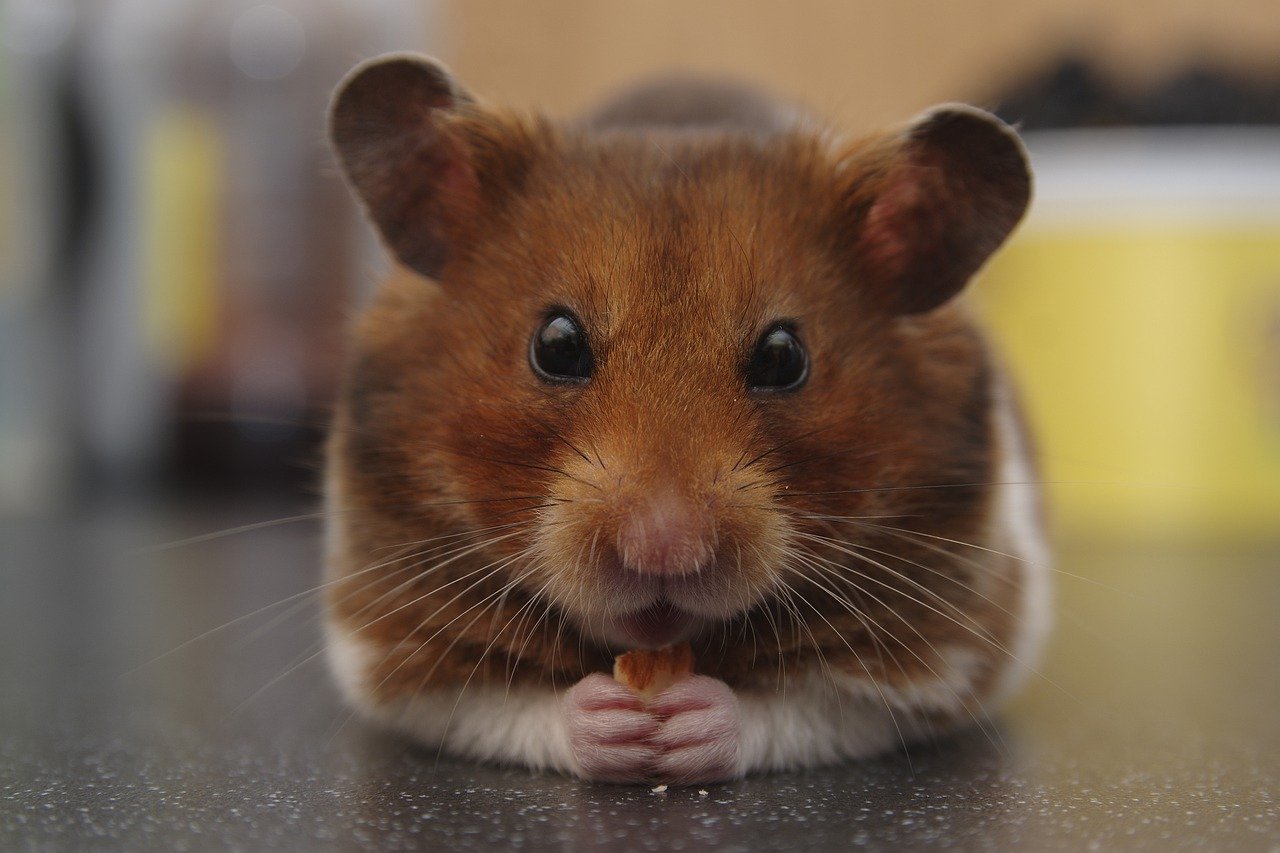 The maternal instinct in human beings is an act of innate love, but in the animal kingdom does it really matter?

Stay and stick around and I’ll show you a list of animal parents that threaten the life of their young.

They are the favorites to be household pets, due to their size these rodents can have between six to eight babies, but a female hamster might eat up two of her babies.

She does so when she feels her territory is threatened, For example, if an ailment affects her babies and she can’t defend them she’ll dispose of them to avoid attracting predators.

Besides, she can only keep seven at most. if her babies were born weak or had deformities they’d suffer the same fate and get eaten by their mothers,

Through that sacrifice, the female provides food nutrition and strength for the other babies.

When you see a bunny you think they’re the cutest little animals, I’m gonna love you forever and ever and ever.

But, if I told you they’re capable of eating they’re young would you believe me?

These animals are very nervous by nature and many times females eat the babies they don’t consider strong enough to survive.

In addition, if after giving birth they’re stressed, malnourished, or untidy and cannot cope with pressure, yes they eat their babies.

For polar bears, more than an instinctive and purely natural reason cannibalism became a need.

It’s sad to think that the melting ice sheets caused their habitat and food to gradually disappear. Top 10 Worst Animal Parents on the Planet

Finding no food they eat their cubs and as incredible as it may seem this was uncommon in this species for some years now.

Human activity has taken up their territory and has become the main cause of food scarcity.

Moreover, as there is less and less ice to access feeding sites they stay on the shores with nothing to eat but themselves.

Chickens generally seem pretty harmless they just stay still eat and cluck, but they’re not as innocent as everyone thinks.

when chickens lay eggs, they sometimes peck them and taste the flavor inside

They can get into the habit of breaking them to consume the fats and proteins of their developing baby.

Will it be a matter of taste? or do an unbalanced diet and bad lighting in the nest or farm lead to these actions? looks like these chickens couldn’t escape.

These monkeys are usually well known for appearing in movies and series as well as being genetically similar to humans.

However, in 1976 dr jane Goodall noted the behavior of two female mothers and daughters that killed and ate three chimp infants at Gombe park in Tanzania.

The specialist believes they ate around 10 babies within their community in certain cases. Some chimpanzees are known to kill infants if they think those babies aren’t theirs.

However, infanticide still has no scientific explanation. let’s hope their similarity to humans is just genetic right?

Being the king of the Savannah is no easy job and that can be a challenge.

When the adult male of the pack feels threatened by the babies, he kills them to keep dominance and not have competition with females that are much more protective but sometimes in nature.

They eat their cubs as they want to keep mating with a new male and guess what, in 2019 a lioness devoured her two newborn cubs at leap zig zoo in Germany.

Although these cases are rare in their natural habitat, it’s more common in captivity and among first-time mothers.

However, the case of Evelyn a female TONKEAN BLACK MACAQUE shocked the researchers at the Parco

Sabatino animal sanctuary in Italy after her infant died at four days old.

This mom coped with its death in an unusual way since day one the female didn’t leave the baby alone and started eating it on day 19. By day 25 she had eaten the entire corpse leaving just one bone.

This unsettling case was recorded as the first of its kind, Rather strange right?

This little fish is the least you’d expect could carry out such habits but there’s one, in particular, that will surprise you, it’s the desert pupfish which is only three inches long omnivore.

And depending on the weather search for shallow water to find food when females leave their eggs exposed, they are easily eaten by other females.

While males have olfactory cues that enable them to distinguish which are and aren’t their eggs.

To preserve their lineage this small creature mainly inhabits California, Baja California, as well as Sonora in Mexico, and it’s been endangered since 1980. Not even extinction saves them from being eaten.

Have you heard reptiles are cold-blooded? when it comes to feeding and regaining strength after giving birth, this species doesn’t think twice.

Animal behavior shows that a female can recover energy after birth by eating especially eggs and dead offspring without having to look for food.

The Mexican lance-headed Rattlesnake ingests an average of 11 percent of the postpartum mass and some main factors are stress caused by captivity and less time to find food.

I’m sure you’ll be surprised by the last animal on this list it’s almost as famous as the king of the jungle, what’s more, they shared scenes in a movie, well I won’t make you wait any longer.

Since they’re so small, meerkats seem pretty harmless to humans but as I’ve been saying the animal kingdom hides many secrets nothing funny about this species.

Dominant females are the ones controlling the birth rate as soon as they have offspring, they’re ready to keep breeding.

Hence why they kill the kids of other subordinate females and their own is because of birth defects or injuries, meanwhile, males prefer not to have blood

On their hands, the animal kingdom never ceases to amaze me so which species did you find the most fascinating? if you enjoyed the article tell me in the comments.

SIBERIAN TIGER VS GRIZZLY BEAR – Which is the strongest?

CROWNED EAGLE VS HARPY EAGLE – Which Is The Strongest?