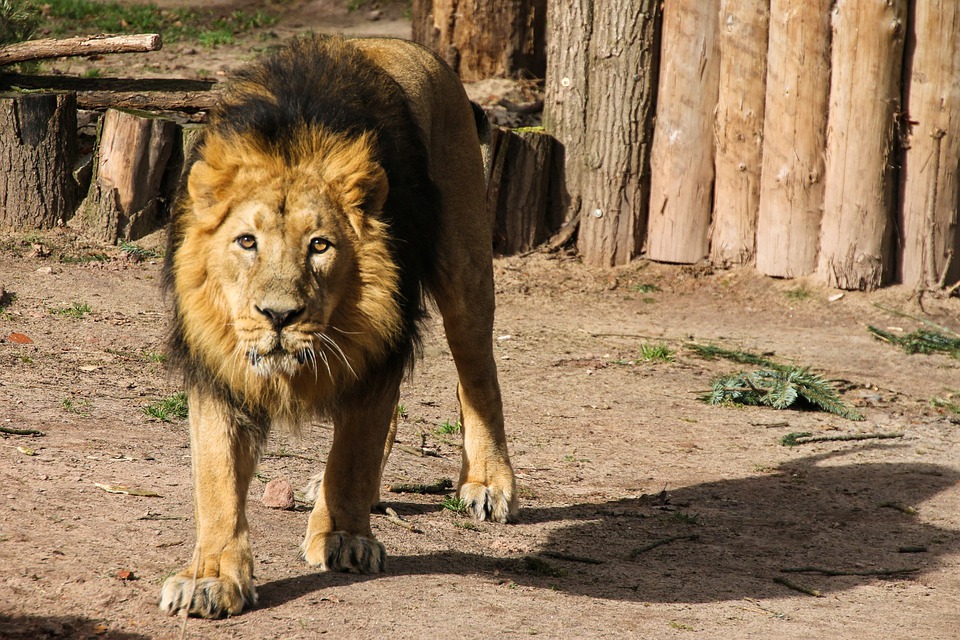 With its impressive physique and flowing mane, a male lion is rightfully referred to as the king of the jungle.

These gorgeous but deadly cats are apex predators that dominate the ecosystems they inhabit.

Lions are considered keystone species because they are very distinctive and complex creatures.

In any case, the fight between tigers and lions has always been a hot topic.

Today I will present to you the 10 strongest lions in history! They are without a doubt one of the bravest, most vicious, violent, combative, powerful, and dangerous cats on the planet. Indeed, the Lion is rightfully called “King of the beast”

Most of the fights in which the lions were involved took place in captivity, in arenas or in zoos, or even in circuses. So let’s move on!

Francis Charles Bostock was an English entrepreneur and animal trainer, who represented the touring section of the Bostock and Wombwell Menagerie.

He toured Europe and America and in the latter, he was known as “The Animal King“.

Bostock related a story in 1911 about a lion named Rover killing a male tiger named Mentor.

People observed the fearsome lion breaking Mentor’s neck, stepping on his body, and roaring loudly, announcing his triumph, after the combat.

This is one of the battles between tigers and lions in which the lion dominated and came out victorious.

He joined Howe’s Great London Circus in 1921 as a cage boy and spent the next four decades rising to fame as one of the most famous circus performers and animal trainers in the world.

He had a lion named “Prince” that he had raised and who frequently engages in fights. At the time of his birth, the Lion Prince killed five tigers, including three tigresses.

Shiva, Rosy, and Silica were the names of the three tigresses. It’s important noting that Prince was responsible for the deaths of all three tigresses in early 1951.

A wildlife exhibition with lions, bears, tigers, and other animals was held in 1822 by an Englishman named George Wombell.

Before the show, the lion Nero was eating, and a large bear stood nearby, attempting to steal his meal from Nero.

Nero growled and attack the bear with his paws ferociously, breaking the bear’s spine like a branch. Everyone thought Nero was the most terrifying lion of his day.

Since this struggle took place in the 19th century, there is not much information.

In 1924, the Daily News published an article about a lion named King Edward who was raised by Lucia Jwar, a trainer.

Edward became severely ill one day, and the Bengal tiger that lived with him became aware of the lion’s illness and weakness.

Dane, the Bengal tiger, took advantage of this and began harassing the lion.

Then Lucia convinced Edward to eat a large chicken, which got quite active afterward, and the battle started. ASIATIC LION VS BENGAL TIGER – Who is The King of Beast in Asia?

Despite the Bengal tiger’s ferocious attack, the lion’s mane blocked the tiger’s attacks. Finally, Edward made a counter-offensive and killed Tiger Dane.

In the Indian zoo Jamnagarstate, a lion named Leo kills a huge Bengal Tiger in 1951.

Vikrama, an 18-year-old Tiger given to the corporation zoo by the state of Jamnagar in 1949,

died of harm suffered in a violent battle with Leo, a seven-year-old Lion who arrived at the zoo in 1947. They were kept in separate cages next to each other.

It is stated that the two neighbors met in the outing yard and fought each other by mistake of the attendant who was on his morning round of washing the cages.

Finally, the Lion mauled the Tiger, who was 18 years old at the time.

In the year 1949, a 1000-pound tiger came to a circus and was about to perform in the circus, people had never seen such a big tiger before this tiger.

There was also a lion named King in the same circus, which was trained by a man named Prince El Kigordos. Audience watched As Lion Defeated A Tiger in Arena

During the performance, King and Tiger started fighting. And after a brutal fight that lasted several minutes, Tiger was killed by a lion.

This lion gained notoriety at the time for killing such a large tiger.

I’m sure you’ve heard of Baltimore, the lion that was raised by the famed circus owner Jack Bonvita.

Despite the fact that he only has one hand, he has trained a large number of loyal lions.

According to records, the Lion Baltimore fought around 100 creatures, the majority of which were circus animals. It’s quite difficult to train such a dangerous beast.

Baltimore assassinated all of the trainers who attempted to tame it in the 1980s.

Baltimore fought and beheaded the first 410 kg Russian brown bear, earning the title of “The Greatest Lion King” in the end.

During a performance in 1911, this lion accidentally entered a tunnel while chasing a big and dangerous grizzly bear named President.

Despite this, Menelik assaulted Bear and slashed his neck so hard that it nearly separated from his body.

It is believed that no one has ever seen such a lethal lion.

Sultan was such a powerful lion that Betty wanted him to be in the 1932 film Big Cage, in which he was to fight with Tiger. However, the Sultan killed the tiger very quickly.

Because of this, the producers had to use another lion that would have fought a tiger for a long time.

Clyde Betty noted in his book Facing the Big Cats that Sultan had defeated several Tigers during his career.

This lion Tweed, who lived in Betty’s Circus in 1932, was regarded as the best warrior of all time. This lion is truly brave.

According to reports, this lion man targeted three adults male Bengal tigers in 1936, finally winning the battle and killing the three tigers!

Do you still think a Tiger can confidently defeat all lions? No.

Some Lions would outrightly defeat a Tiger in one-on-one combat, thanks to history for this insight.

10 Dangerous wild Animals that are so Unpredictable

5 Animals That Could Defeat a Wolf Pack