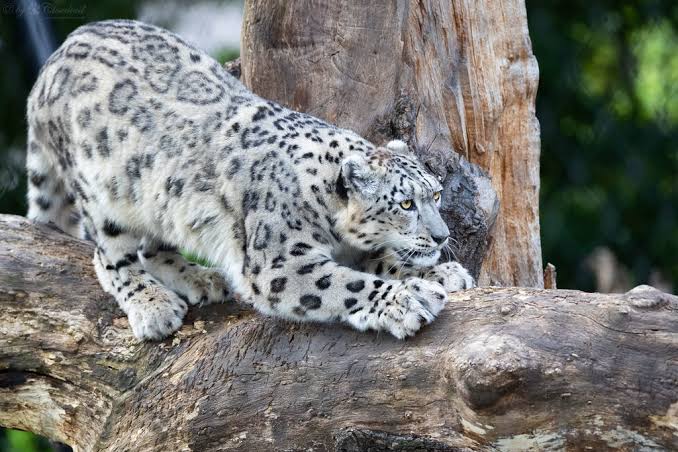 Wild cats like lions, tigers, cougars, leopards and even jaguars are well-known,

but there’s a whole world of small and large cats out there, including a number of exotic cat breeds you’ve probably never heard of!

Around 25 million years ago, cat species evolved into their own family, Felidae. Since then, they’ve spread over the globe and adapted to their environments.

They still share some characteristics. They’re all obligate carnivores, meaning they don’t just like meat; they can’t live without it.

Apart from lions, few cats display strong social behavior, however, some do hunt in groups or form loose colonies.

It’s no surprise that our domesticated cats have such arrogant, independent personalities.

Canadian Lynx also called the snow lynx, is a solitary animal found in the remote northern forests of North America.

This arctic species has a thick coat of fur that keeps it warm even in the coldest winters.

The body of the snow lynx is short, with a small tail and lengthy legs.

Despite not being great runners, they are exceptional nocturnal predators with large eyes and developed hearing.

However, the main thing that characterizes the Canada Lynx is its huge snowshoe-like hind paws. An adult can weigh 17 to 24 lbs (8 to 11 kg).

The Margay is a nocturnal and solitary cat native to Central and South America. The margay has a similar look to the bigger ocelot, but it is a far more skilled climber.

The margay, unlike the ocelot, spends much of its time in the trees.

It’s one of just three wild cat species with a flexible ankle joint that allows the cat to climb down trees head-first. Margays have the ability to hunt primarily in the trees.

To ambush them, they have been heard imitating the alarm calls of baby pied tamarins.

Tree-dwelling cats are typically more difficult to spot than their ground-dwelling relatives. The average weight of this cat is 8 lbs (3.6 kg).

The clouded leopard is a very rare species that can be found throughout Asia, from Nepal to Indochina, as well as Sumatra, Borneo, and Taiwan.

It lives in forests and swamps up to 3000 meters above sea level. The distinctive features are the very long tail, up to 35 inches (90 cm), and its coat with large patches.

It has a difficult walk on the ground due to the shortness of its limbs; nonetheless, it is quite agile while climbing trees,

able to move even while hanging from branches with the claws of its forelimbs.

The weapons with which it immobilizes and pierces squirrels and monkeys are the robust jaws and long upper canines.

On the basis of genetic analysis, the Sunda leopard cat, which lives on the islands of Borneo and Sumatra, was separated from the mainland leopard cat in 2017.

It’s rather abundant in Borneo, and I’ve seen it in both the Damnum Valley and the Deramakot Forest Reserve.

It features brown circular spots on grey-brown colored fur on top and whitish fur underneath,

a line going from above each eye to the back, and longish markings on the back.

Two strong dark stripes and a short and narrow white muzzle define its small head. It can weigh up to 8.3 pounds (3.8 kg).

Because the Andean mountain cat is so rare, experts can only guess at its range:

the cats are supposed to live in the high Andes highlands of Bolivia, Peru, Chile, and Argentina at the moment.

Mountain cats are about the same size as house cats and weigh around 12 pounds (5.4 kg).

Six to nine dark brown to black rings can be found on the long bushy tail.

The jaguarundi is one of the strangest-looking cats, with its small legs and large body. Its unspotted color matches that of its closest relative, the puma.

This wild cat may be found from the southern United States to South America, and it is known for its long tail, which can grow up to 23 inches in length (60 cm).

It consumes a variety of vertebrates, including rodents and birds, as well as larger animals, such as fish and amphibians, which it hunts in the water.

It is not a skilled climber, thus it hunts its prey on the ground with long chases.

Once he catches them, he grabs their neck between his jaws until death by suffocation occurs.

The Iberian lynx is the only wildcat listed as critically endangered, despite the fact that numerous wildcats are endangered.

Long, tufted ears and fluffy paws distinguish this lovely wild cat. It has long legs and a fawn-colored coat with dark markings.

In the mid-19th century, this cat was found all across Spain, but by 2003 its population was limited to two tiny pockets in southern Spain.

One of the reasons the Iberian lynx is critically endangered is that it eats almost exclusively rabbits and is unable to change its diet significantly,

and rabbit illness epidemics have made this food supply scarce.

The snow leopard, the most enigmatic of the big cats, is known as the “Ghost of the Mountains.”

In Nepal, it is even said that seeing a snow leopard is more difficult than seeing God.

This elusive cat lives in one of the world’s most difficult environments: the high altitude mountain ranges of Central Asia,

and each individual ranges over huge territories.

The snow leopard’s coat of grey fur with black blotches allows it to merge so seamlessly with the environment that you could be staring right at it, yet not see it.

The flat-headed cat can be found in the lowlands of Thailand, Malaysia, Sumatra, Sarawak, and other islands, where it lives in tropical rainforests.

Because of deforestation and wetlands degradation, the flat-headed cat has a relatively limited range and its main food source is threatened,

it has been classified as an endangered species. It has unique adaptations to hunting in the water and is an excellent swimmer.

Its claws do not fully retract, allowing it to maintain a strong grip on the slippery riverbanks.

In 2003, the bay cat was photographed in the wild for the first time in Borneo’s rain forests.

The bay cat is classified as endangered, having a population of fewer than 2,500 individuals.

The primary threat to this tawny-coated cat, which is roughly the size of a house cat, is the island’s excessive deforestation.

Because these cats are so elusive, nothing is known about them, and they are nearly never spotted in the wild.

Unlike the clouded leopards, marbled cats, and leopard cats that all live in Borneo,

it appears that the bay cat avoids forest trails, making it difficult to identify where to set up camera traps.

Why Orcas Are One Of The Smartest Animals on Earth