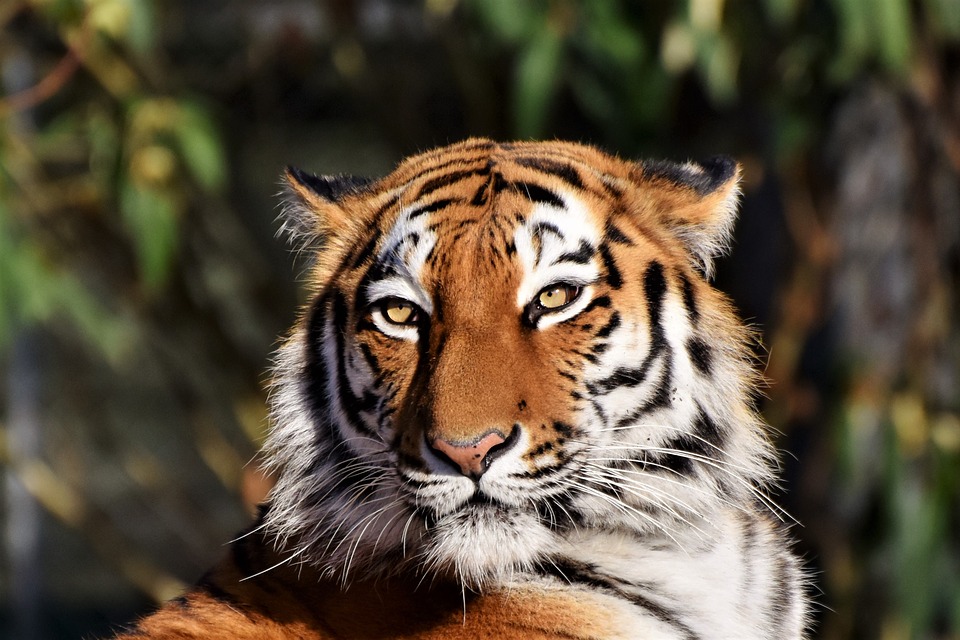 Have you ever wondered what the strongest animal on earth is?

whilst some strong animals possess a strength that far surpasses humans, the truth is that different animals have different types of strength.

Some smaller animals have incredible power relative to their size- allowing them to lift many times their body weight.

And some members of the animal kingdom have jaws that can perform incredibly strong and powerful bites.

So what is the strongest animal in the world?

we look at the total, relative to size body weight, and bite strength of all species.

pound-for-pound the anaconda is the world’s most massive snake and thus the most powerful of them all.

Indeed, this heavyweight constrictor has stocky muscles that are way thicker than any other snake.

Once locked onto a prey, the anaconda will strike, bite its quarry with knife-like teeth, and then wrap around its prey, using its thick, muscular coil that embraces the victim, and squeeze it tightly, right until the victim dies from suffocation.

Any animal, no matter how large or dangerous can be on the menu: capybara, tapir, agouti, Peccary, deer, rodent, caiman, Jaguar, the bigger, the better.

grizzlies up monstrously strong. someone estimated they have the strength of up to six men.

Grizzlies have broad bodies with seasonally varying amounts of fat but are always powered by huge ropes of muscle.
The grizzly’s four legs are by far the strongest of any predator.

They are powered by shoulder muscles so huge, they form a prominent hump on the animal’s back.

Along with claws up to 6 inches long and as thick as cigars, this gives it the power effortlessly to dig huge holes in very short amounts of time.

it also enables them to decapitate adult moose with a single blow.

The bear’s biting muscles are also frighteningly powerful it can close them with over 1,200 pounds per square inch which is certainly enough totally to crush a human skull or snap the spines of very large prey, like adult male elk. A sprinting grizzly tops up to 35 mph 56 km per hour.

Although it can maintain this speed only for a short period of time it can run at a loping speed for a long distance.

Also known as a bullock in some countries, a larger and stronger breed of cattle. OXen have been working as a draft animals since 4000B.C.

Oxen are mainly used for plowing fields and pulling carts.

They can carry a heavy load for an extended period than other draught animals.

Oxen are also known for their calm temperament and are also considered a symbol of strength stability and determination.

African elephants are the largest living land animals in the world they are bigger and stronger than Asian elephants.

Their trunk is also very strong it contained more than 40,000 muscles and tendons and can carry 440 pounds 200 kilograms of weight.

African bush elephants are also known for their long tusks commonly their tusks grow up to a length of 8.2 feet 2.5m and weigh up to 100 pounds 45 kg they use their immense tusks for digging, defending Predators, and fighting with other male African elephant.

Tigers are the strongest and largest members of the cat family. The Siberian tiger is the largest of the family.

Tigers have mighty jaws and 30 teeth in total.

The upper canines of the tiger reach up to a length of 4 inches 10 centimeters designed for tearing flesh.

Tigers are fearsome Hunters and carry up to twice their body weight.

Tigers become vicious fighters by standing on their hind legs.

Considering the power to lift a weight, Eagles are the strongest birds in the world.

It lets them lift off preys that weigh 4 times their weight. Eagles are known for hunting foxes, deer, and Wildcats.

Eagles are also regarded as a symbol of power, freedom, and victory there are 60 different species of eagles in the world.

With their strong and broad wings, eagles fly up to a height of 10000 to 15,000 feet. They can also glide for hours without rest.

Unlike other birds, Eagles love the storms. They use the power of the wind to fly higher.

These fearless hunters also have a strong vision. Their eyes have more light-sensitive cells than humans.

So, they can easily spot prey and enemies from long distances.

Gorillas are the largest primates on earth.

comparing the strength of a silverback gorilla to human strength,.

gorillas are 4 or more times stronger than a man.

They are very destructive and fearless when they engage in fights due to their strength and size.

A silverback gorilla can lift twice the weight of a deadweight lifted by a strong human being.

Boasting an ability to bite 1300psi, the mountain gorilla has a weapon that it can keep in reserve for emergencies.

So while you may think of how strong gorillas are in terms of how much they can lift or move, these rainforest giants also have one of the strongest bites on the planet.

The 0.82 inches (2.1 cm) long leaf cutter ants are one of the most incredibly strong creatures in the world.

This small leafcutter ant can carry objects that are 50 times heavier than their body weight.

The leafcutter ants can also cover remarkable distances while carrying the weight.

They have remarkably powerful Jaws to carry large pieces of leaves to their nests.

Even though the leafcutter ants are very small in size, they have a great cross-sectional area of muscles than larger animals.

Leafcutter ants can also vibrate their jaws at a rate of 1000 times per second so they can produce an immense Force to move large objects.

By considering the amount of weight that can be carried by an animal related to its weight, rhinoceros beetles are the second strongest animals on Earth.

They can carry objects that are 850 times heavier than their body weight.

Rhinoceros beetles are the largest group of beetles in the world.

They can reach up to a length of 6 inches (15 centimeters).

Male rhinoceros beetles have two remarkable horns one on their head and another pointing from their thorax.

The horns of this species of beetle look like rhinos.

The rhino beetles also use their horns to fight with other male Beatles to attract females.

The half-inch-long (1.27cm) dung beetles are the strongest living creatures on earth.

The male insects of this small species of insects can lift objects that are 1141 times heavier than their body weight.

Dung Beatle develop such extraordinary strength through the unusual competition for mates.

Dung Beatles use their horns to fight with potential rivals. Such fights help the dung beetle to improve their strength.

Chimpanzee Family vs Hyena pack – who would win?

6 Animals That Could Defeat a Hippopotamus