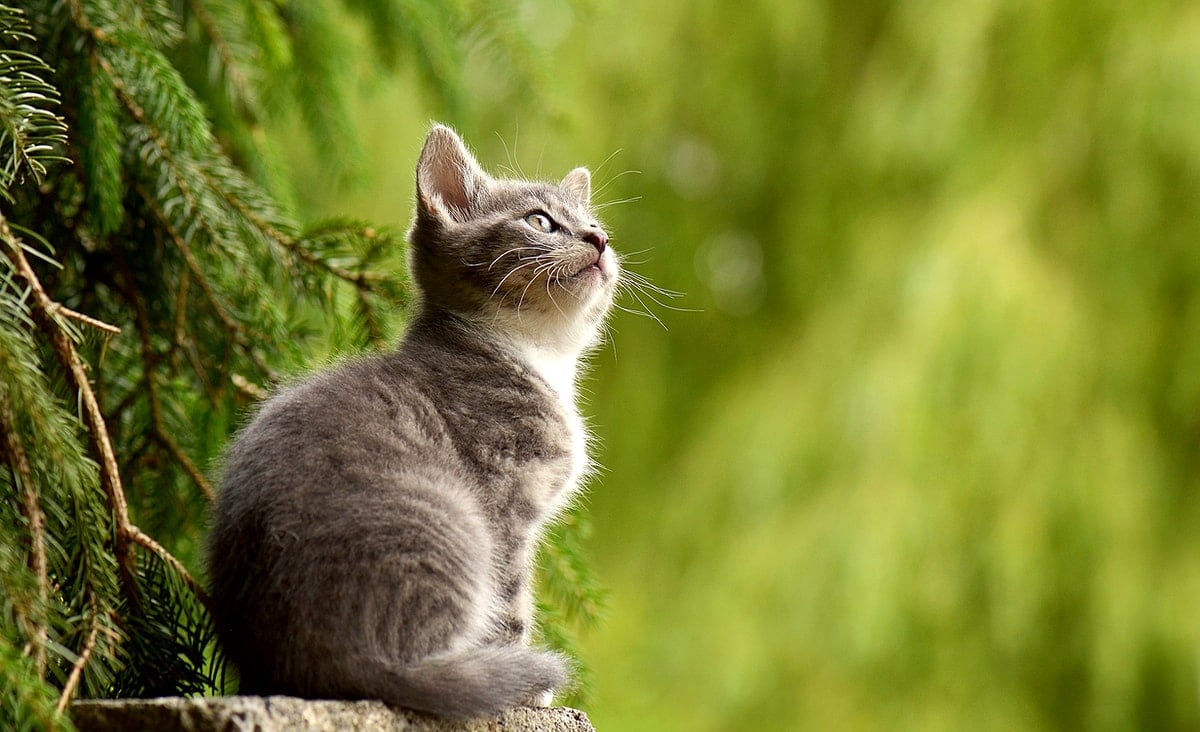 As much as you might love your cat they might not always reciprocate your affection although your feline friend could hate you, they could also develop some mistrust and fear towards you.

In this post, we will discuss 13 signs that show your Cat Hates You

Being around a cat’s tail is like a human’s eyebrows, they convey emotion without having to make sound several scientific studies have shown that a cat’s tail is incredibly expressive and it may be the best method of listening to what your cat is trying to tell you

Although actions like wrapping their tail around you in a question mark shape or in an upright way are all positive mood indicators.

For a cat, you should watch out for a lower tail, tucked tail, tail puffing, or lowered horizontal tail.

A lower tail indicates the cat is in a fearful aggressive or hostile mood.

12 They don’t relax when you’re around

Sleeping puts a cat in a very vulnerable position a happy cat will snooze, relax and expose its belly. Cats are usually concerned about their safety and won’t expose their vulnerable parts when they aren’t sure about their surroundings

So, if your cat doesn’t let its guard down when you’re around it could mean they feel uncomfortable around you

11 Flattening their ears around you

when a cat is in this position, they are trying to tell you that they’re uncomfortable and need some space you may be tempted to reach out and pet your cat to calm them down but your hand coming in their direction will be seen as a threat and they will react.

10. They poop on your stuff

While there are many reasons that a cat may defecate outside the litter box or a dirty litter box may be a sign that your pet is upset.

For cats peeing or pooping outside the litter box is often a way of marking their territory.

If your feline friend leaves a mess in an obvious place like the middle of your bedroom or on your belongings that’s them marking that territory as theirs and advising you to stay away from it.

Even though it may appear she’s an angry cat taking out her frustrations on you; in reality, she is using her own scent as a way to claim her area and keep you away from it.

9 The cat won’t touch or be touched

When cats trust you they will offer physical expressions of closeness they will lick you, groom you, rub you and sleep on you, but if you are considered a dangerous creature a cat won’t let you get close enough to impose a threat.

If you don’t get any lap sits, head butts or leg rubs it’s probably because the cat does not trust you likewise if your cats purr or rub their heads on you when you pet them it’s a sign that your pet is happy and relaxed around you.

But if you’re giving your feline friend some affection and they start wailing they are telling you in no uncertain terms to stop.

8 They lie down on their backs

With their claws out it’s hard to resist a kitty who rolls onto their back, it looks like an open invitation for a belly rub or just them getting more comfortable may be the case but beware this position allows a cat to watch you while they have all their claws or weapons out ready for attack.

Notice if their ears are pinned back or their body is tense these are clear signs that your feline is feeling defensive and that you might need a pack of band-aids handy before reaching out and petting your cat.

7 They stare you down

Does your cat stare you down? it could be a sign of love or curiosity or it could be because they’re mad at you.

If a cat stares right into your eyes check their body language. A feline who is upset will exhibit telltale signs such as flattened ears, a stiffer body, and an agitated tail. That’s swishing back and forth

6 They keep hiding from you

If your cat is always hiding it could mean they are fearful or unhappy with you or the situation.

But remember if they’ve been around for a while and they keep hiding from you then you’re most definitely the problem. seek advice from an expert on what to do.

Hiding is a safety response, and forcing them to socialize may lead to aggression.

If your cat keeps hiding, he could be health concerns, be sure to check in with a Vet

Cats biting is one of the clearest signs of resentment, if they bite without backing away or trying to play afterward they’re trying to show you they are agitated.

You shouldn’t confuse it with love bites, which are intended to be lighthearted and not pierce the flesh. Love bites are what you see kittens doing to each other they are softer and are not meant to cause harm

4 They seem friendly with other people but not you

It’s normal for cats to have better chemistry or closer bonds with some people rather than with other cats.

They are notorious for playing favorites and some felines are just cooler than others, never warming up to anyone.

3 They disappear whenever you are around

Cats are independent animals it’s true, but even the most standoffish cats like a cuddle or enjoy being around their owners every now and then.

Cats will often scatter if they do not feel safe, and they will slink away if they are stressed.

If your cat is always hiding from you, it’s a good indication that they don’t want to interact with you.

2 They hiss at you

Keep in mind that growling, hissing, and swatting are often normal behaviors in kittens as they try to develop

If you try to play with your kitties and they’re not interested no matter which toy you’ve got it may be a sign they are unhappy, sure it’s normal for our feline friends to turn down playtime so they can relax every now and then.

But constant disinterest in interacting with you could be a sign that your feline is not too happy with you.

On the other hand, if your kitty sits on your lap for stroking for a good 15 minutes and then suddenly digs its claws

into your legs and jumps off that doesn’t mean your cat doesn’t like you they’re just telling you that the fun time is over and they have to get on with their day.

14 Ways to Tell Your Rabbit You Love Them

19 Things Rabbits Hate the Most