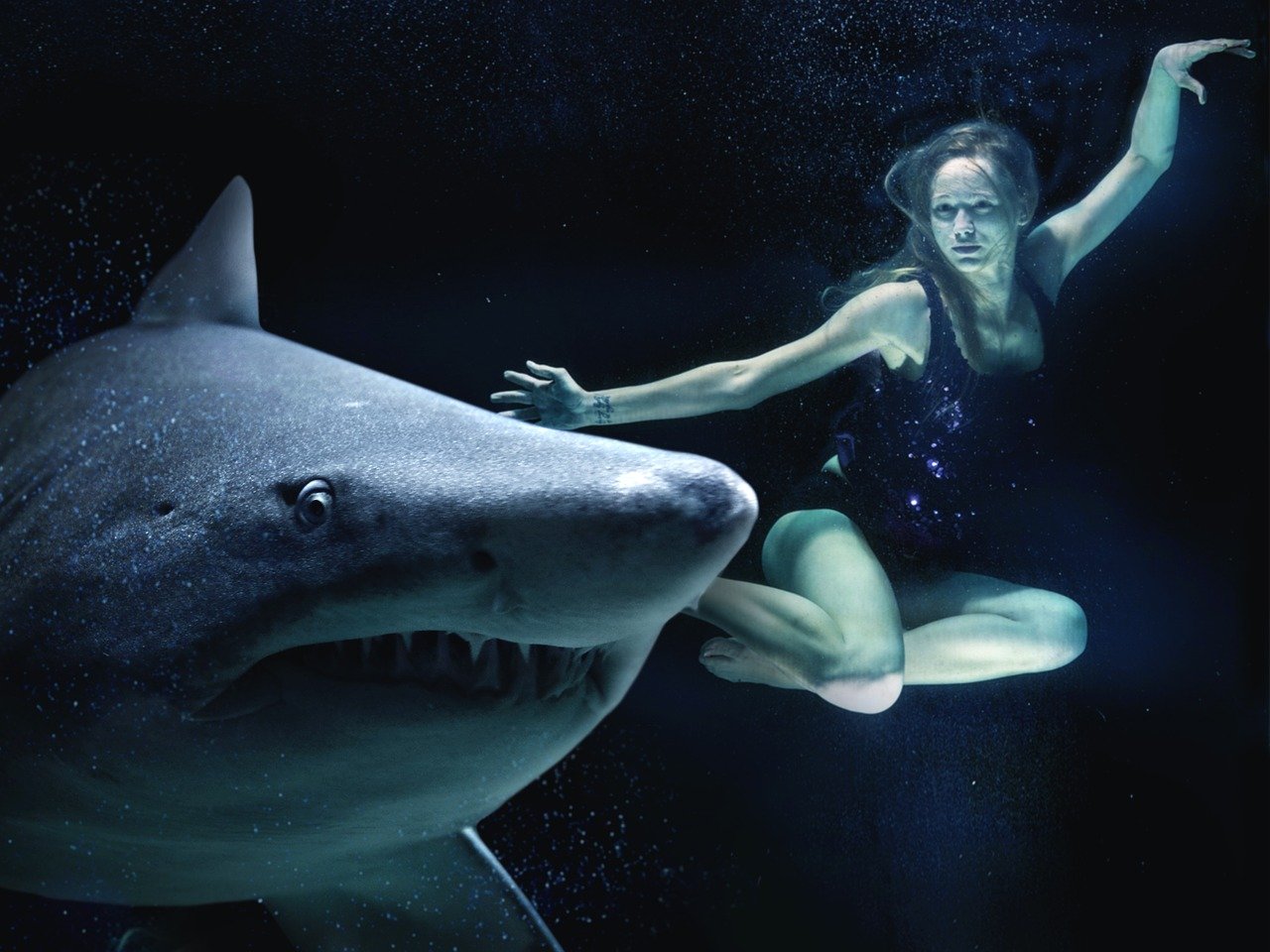 Its size, predatory efficiency, and the way it’s being portrayed in movies like jaws contribute to the development of this unwarranted phobia in humans.

I guess you can call them apex predators as well. However, there are some animals that could kill a white shark.

Orcas are formidable creatures with great strength and incredible intelligence.

They are the rulers of the ocean, the apex predators, and feared by all sea creatures, including the great white shark.

Orcas are skilled at hunting sharks, they hunt them down and tear out their liver. Orcas are of the same size as the great white shark, some are even larger.

The orca’s intelligence has contributed to its great success, It is said that its brain is 5 times larger than humans, and has the second heaviest among all marine mammals.

Orcas are skilled at paralyzing sharks to a state of tonic immobility, a natural state in which sharks are flipped upside down while paralyzed.

All in all a great white shark has no chance against an orca, their intelligence paired with their brute strength and speed makes them an unbeatable opponent.

In 2014 a great white shark mysteriously disappeared off the coast of Australia.

Heat samples indicated that the shark would have been eaten by another animal until today what happened to that shark remains unknown.

The main theory suggests that the shark would have been eaten by an orca or a sperm whale.

In terms of weight, this is something like a domestic dog versus a rhino. The great white shark would be just a meal for a Sperm Whale.

A great white could outrun a saltwater crocodile and rip it apart easily in deep water.

However, The crocodile would win if the fight takes place in shallow water.

Crocodiles kill opponents by submerging them in water and drowning them, but this skill won’t be effective on a Great White, although it might be able to hold it firm until it bleeds and eventually dies.

A great white shark’s delicate skin was not designed for withstanding a couple of tons of penetrating forces.

The armor on the saltwater crocodile is strong enough to withstand a great white bite.

A Great White Shark is most likely to die from missing a fin, but a Saltie can survive for years without a leg.

This really depends on the locale of the fight. If they have combat in shallow water, then you’re taking the shark out of its environment and into favorable hippo territory so of course, the hippo will win.

If a hippo bites the shark’s soft underbelly, it can incapacitate the shark. Shark, on the other hand, can swim in deep water and drown the hippo rendering it unconscious.

The bite force of the hippo is enough to penetrate the tough skin and break the cartilage bones of the shark.

The shark lacks the necessary muscles or limbs to enable it to escape the hippo’s jaws, and the conflict may end there.

It can only quiver and flap its tail, and the only way for the hippo to win is for it to hold its breath and not let go.

The hippo would have to win by clamping down on the shark, dragging it back to shallow water, and trampling it to death.

The squid does not need to run from an attack for long, it would just need to attach itself once to the shark and bite once with its beak.

With its serrated suction cups, the squid would be able to hold on to the shark and breakthrough its body.

Either the shark’s body would be severely damaged or it would lose a fin. The shark will perish in either condition, either from a lack of blood or drowning.

If the squid attaches, the shark has little chance of surviving, and the squid has several chances to do so.