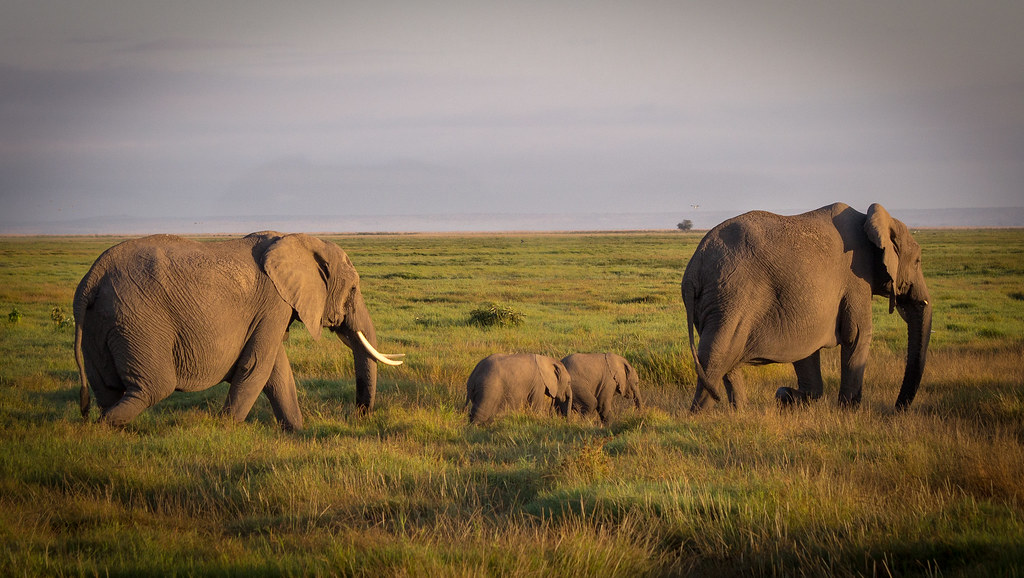 Elephants are extremely strong and powerful and are almost unstoppable creatures. Very few animals can do some damage to them, Just the young elephants in most cases.

But, as we all know, nothing is invincible. So let’s see what animals can kill an elephant!

When a lion’s pride attacks elephants, they target the young or sick ones. No animal can take down a fully grown elephant.

However, they can easily take down an adult-grown elephant if there are 7 – 10 lions.

They circle around a straggler, jump onto its back and flank, out of the way of the trunk, and drag it to the ground.

Lions never attack young elephants from the front, they attack from the back, so elephants deflect an attack by forming tight social groups

The calves are protected this way by always being in the middle, of their family

Compared to lions, tigers are generally solitary creatures and hunt alone and solo, they could take down a young elephant as well.

Tigers can take down by placing a perfect bite on their neck, which is pretty hard!

Adult elephants oftentimes come in contact with ambush crocs but in a different way. A crocodile gets hold of the elephant trunk while it’s drinking water. How to survive the most aggressive animals

The crocodile will not let go easily even if the elephant is very powerful.

In the end, the elephant will get away, but the trunk can be so heavily damaged that the elephant is not able to graze, drink, grab, or even breathe.

This could be disastrous for the elephants, lets not forget that a Nile crocodile has one of the most powerful bite forces in the world, a bite force of 5,000 psi.

An elephant can be killed by a king cobra.

The venom of King Cobra is not the most potent among venomous snakes.

However, the quantity of neurotoxin they can deliver in a single bite, which can be as much as two-tenths of a fluid ounce, is enough to kill 20 people or even an elephant.

The venom of the king cobra damages the brain’s respiratory centers, resulting in respiratory arrest and heart failure. How to survive the most vicious animal bites

Who do you think could easily handle a giant over 11000 lbs (5000kg)? You guessed it! Another bigger elephant!

Whenever a mature male elephant is on heat, he becomes aroused, having great strength and high testosterone level crossing through its body.

Two adult male elephants will fight one another, in other, to mate with a female elephant. Whichever wins the fight, gets to have intense sex.

Thus, if two elephants enter the fight, surely the biggest and most powerful wins one will emerge victoriously!

5 Animals That Could Defeat A Polar Bear

Why do lions live in Pride?