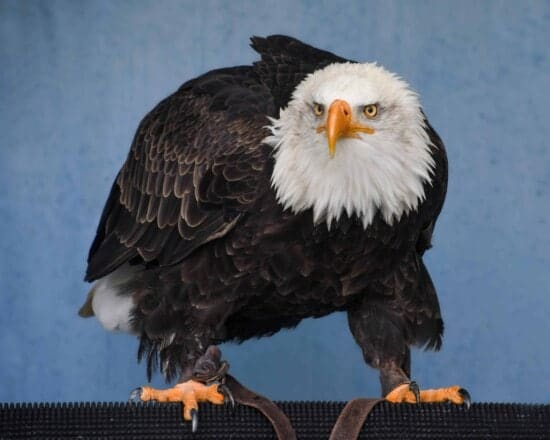 5 Animals that could kill a King Cobra

The King Cobra (Ophiophagus hannah) is regarded as the world’s largest venomous snake.

With respect to humans, the King Cobra snake is arguably the most dangerous snake on the planet.

Under conditions of high prey availability, they can reach a length of 18.5feet (5.6m). Each year, a number of people are killed by the bite of a king cobra.

A king Cobra can even kill an elephant. The King Cobra is the sole member of its genus. It is classified as part of the family Elapidae, the cobra family.

The Greek term hamadryad, which means “wood nymph,” is another common name for the snake.

The quantity of neurotoxin they can deliver in a single bite, up to two lengths of a fluid ounce, is among the most potent among poisonous snakes (7ml).

Thankfully, king cobras are shy and will stay away from humans whenever possible. When cornered or provoked, King Cobra snakes become extremely violent.

For an animal, trying to kill a snake is almost equal to suicide, but mongoose has some advantages and tricks of their own.

Mongoose has a unique skill set that they use to battle and kill venomous snakes, particularly cobras, and this is well recognized.

Their unique acetylcholine receptors make them immune to poison, and their coats and quickness make them useful in battle.

Firstly, these little mammals live in a group of 10-40 Mongoose, so surely it would be hard for the most tactical snake to handle so many mongooses at a time.

To kill a snake, the mongooses form a ring around it and then try to close in from all sides.

The snake is constantly distracted by the surrounding mongoose who tries to bite it.

It is likely that a single mongoose cannot kill a cobra king, although there has been a case where a mongoose has managed to kill a 10-foot cobra king.

But certainly, if we’re talking about a mongoose team working simultaneously, I’m sure they’ll be able to kill a bigger king cobra as well.

The king cobra, as one of the Elapids, kills its prey by injecting venom through its hollow fangs, whereas pythons rely on their skills to hide, wait, and tighten in constricting.

There are many different types of python, but this kind of duel has happened before.

If I remember correctly, there was a battle between a King Cobra and a reticulated python. The result? Both died.

The python managed to entangle the cobra and crush it completely, but not before the king cobra got a bite in and killed the python with its toxic venom.

They died entangled and with great struggle. On the other hand, if a python got its grip on the cobra before the cobra could bite the python, then the python will be able to win against the cobra.

Once a python gets its grip on its prey, they don’t leave them alive.

Pythons, with their skills, can crush the bones of their prey, stop their prey’s heart by their body weight or their prey won’t be able to breathe while they are in the python’s tight grip.

When it comes to biting, the honey badger can withstand the deadly bites of some animals.
eating both scorpions and snakes in relation to having a very high venom resistance.

Is it possible, however, that a honey badger may survive a King Cobra bite?

After extensive research conducted by Christopher Orr, The Atlantic’s senior editor in charge of our small rabid animal coverage, the honey badger surely can indeed survive a bite from King Cobra. Humans can’t, even elephants can’t. This is yet another reason why the honey badger is a badass.

So surely, if a mongoose that is much smaller than a honey badger can defeat a cobra king, surely our little one can do that too!

After all, it is not for nothing that it is called the toughest animal on the planet.

There is a species of eagle called the serpent Eagle, which feeds on snakes. It may not feed exclusively on snakes but can eat snakes like cobras which can form a large part of its diet.

Eagles, or for that matter any raptors, including the eagle, will never get into a fight situation with a venomous snake.

With its razor-sharp eyesight, a raptor can see the snake from a great height.

Beyond that, it’s solely an aerial assault.

The raptor will plunge and swoop down on its target, catching it in its razor-sharp talons and flying away at a startling height.

The sharp talons of the eagle hold onto the snake with a vice grip and the bird knows how to hold it in a way that the snake cannot turn back and bite.

The cobra is easily thrown off by being lifted into the air. The serpent eagle then lands on a tree or a rock with some impact, which stuns the snake. The eagle then proceeds to enjoy his food after biting off the snake’s head.

For all poisons, they pack, snakes are pretty helpless and vulnerable creatures when the attack comes from the air.

And if we talk about a larger species of eagle, such as the golden eagle, or a harpy eagle, which are known to attack animals much larger than themselves, such as wolves, I wouldn’t be surprised if he did this with a king cobra.

Although king cobras and Komodo dragons have varied habitats, cobras and monitor lizards do cohabit in some regions.

And, no matter how hard the monitor lizards try to bite the cobras, they are quite content to devour them. A viper has no effect on a komodo dragon for the same reason.

So if the Komodo dragon was inclined to attack a king cobra, had immunity to the king’s venom, and had skin too tough for the cobra’s fang to penetrate, you will realize how this scenario would end.

Even if we say that the king cobra venom would have an effect on the komodo dragon, I think the lizard will be able to kill the snake before it takes effect. So, in both cases, the cobra king would be dead anyway.