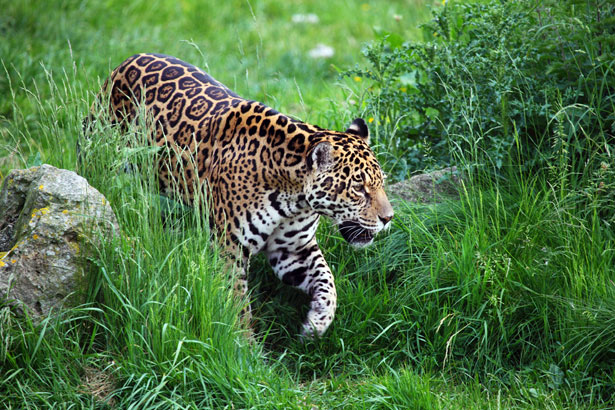 The Amazon rainforest, which stretches through much of northern Brazil and into Colombia, Peru, and other South American countries, is the world’s biggest tropical rainforest and is known for its biodiversity. Its also home to some of the most deadly and vicious animals on the planet.

Now, let’s learn the difference between a Rainforest and a Jungle?

Tropical weather is constantly present in the forest. On the other hand, a rainforest might be either temperate or tropical. Both have a lot of rain, but a jungle is warm, humid, and sunny, and the rainforest is wet, damp, and dark.

Is it possible for humans to live in the Amazon rainforest?

The rainforest is home to only a few indigenous groups; despite the abundance of food and water, survival in these locations is nearly impossible unless you have the appropriate knowledge and abilities. Many troops who were lost in these places haven’t returned home.

While trekking through the Amazon rainforest, tourists are more vulnerable to sickness. There are also deadly diseases, so make sure you’re up to date on your vaccines before heading to the Amazon. Visitors may potentially become ill as a result of the food and water available in the area. 8 Dangerous Animals you should never touch

Below are 5 Deadliest Animals In The Amazon

They attack a group during starvation or when provoked. A swarm of ravenous piranhas will pounce on nearly anything within their reach.

A group of piranhas can strip the flesh of a large animal in minutes, much to your surprise. Their muscular jaws and sharp, triangular teeth enable them in such an attack.

Electric eels aren’t actually eels; instead, they’re a type of knife fish. Electric eels get their name from their ability to generate a massive electric charge.

Their bodies contain 6000 electrolytes in specific electrical organs. These electrolytes may generate a maximum electric charge of 600 volts when used together.

Electric eels use their capacity to discharge electricity to ward off predators and shock prey. Electric eel attacks on people are extremely rare.

Their bite is strong enough to pierce through the shell or skulls of animals. It makes them one of the deadliest animals in the Amazon rainforest.

Jaguars will attack their victim unexpectedly. They will quickly crush the prey’s skull with their muscular jaws and keen teeth. 5 Animals that can defeat a Jaguar

This large, non-venomous snake kills its prey by constriction and squeezes the prey until it stops breathing.

The anacondas will then swallow the entire dead animal.

Fortunately, green anacondas are not man-eaters by nature. There is only a few documented attack on a human by anacondas. But their large size and strength make them dangerous to humans. How to survive being swallowed by an anaconda

The golden poison dart frog is the most poisonous species in the family.

They are thought to have enough venom to kill ten adult humans.

When a predator tries to consume a poison dart frog, the highly toxic venom in their skin causes swelling, muscle paralysis, nausea, and even death.

Why is an Orca called King of the ocean?