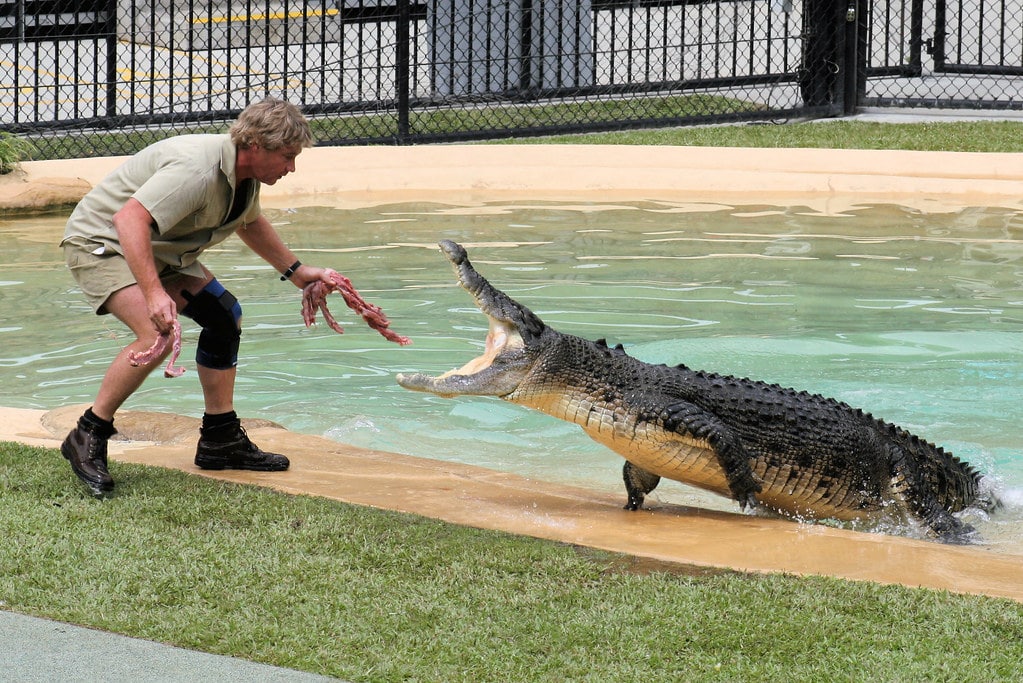 Deep down in the world’s most dangerous saltwater habitats, freshwater marshes and lakes are ferocious crocodiles known as opportunistic and territorial human, flesh-eating predators.

In the last four years, these five unfortunate human preys have died as victims of the deadliest crocodile attacks

in May 2016 childhood best friends Cindy Waldron and Leanne Mitchell proved their friendship strength amidst a serious illness and a deadly crocodile attack.

The New Zealand natives were in Queensland Australia to celebrate the end of Mitchell’s breast cancer treatment, but she was left grieving alone when Waldron disappeared in the Thornton beach waters underneath the dark skies.

They were standing in shallow water arm when the 4.3-meter crocodile attacked.

Cindy’s lower back sank into the ocean, and mine sank to the beach as the sky darkened.

Mitchell said, the 46-year-old Waldron a New South Wales photographer was dragged under the water surface while Mitchell tried to punch and fight the reptile with all her might but to no avail. Alligator vs Crocodile – Which is stronger?

All Mitchell could do then was to scream.

Waldron’s died On June 3rd, the Eucerin croc was caught and killed at a creek near Thornton Beach, and the human remains found inside of it were identified as that of Waldron’s although it was heartbreaking for Waldron’s family.

Australia was never without his spear as he targeted his fresh catch for the day, however on a fateful day on March 18 2017 his long metal shaft with a pointed tip was no match to a large saltwater crocodile that aggressively attacked him.

Hughes was taken by the crack while spearfishing alone from his aluminum dinghy about 200 meters offshore Palmer point and high island south of Carnes in Queensland.

The following night while police divers and wildlife Rangers searched for Hughes, their police boat was rammed by a four-point five-meter long crocodile.

It seemed to have something in its mouth while exhibiting antagonistic behavior which is common among crocodiles that have attacked people.

They believe that the fisherman’s body was in the jaws of the croc that’s argued their boat that night on March 20th. 10 animals that can defeat a Crocodile

The lifeless body of Hughes was pulled from the water nearby inflicted with injuries consistent with being mauled by a large crocodile. Hughes’s predator was later captured and euthanized.

McClean was one of the ill-fated victims, the 24-year-old Oxford University alumnus and Financial Times, contributor

was vacationing 5399 miles from his hometown with four friends in September 2017.

The journalists then wandered to find a toilet and ended up 800 meters away in a crocodile-infested Lagoon aptly named Crocodile Rock.

While washing his hands McClean was grabbed by the mammal-eating reptile. The fishermen who saw the horrific incident screamed at the surfers for help but MacLean was quickly dragged underwater.

Divers found McLean’s dead body the next day, stuck in the muddy spot of the lagoon where he was last seen he suffered from six or seven wounds on his right leg.

McClean’s fatal attack was the first case within the Elephant Rock area which is considered a safe surfing spot and if McClean had survived the ordeal he could have written a gut-wrenching story of survival.

The province of Palawan in the Philippines is a certified tourist destination that attracts thousands of international tourists because of its beguiling seascapes and aquatic wildlife.

Crab fisherman Rebente Ladja lived on this paradise island but at the Bala back town in the southern part of Palawan where he resided is home to saltwater crocodiles.

And on February 20th, 2018 the 37-year-old Rebente Ladja fell prey to a wild crocodile.

It was 6:00 a.m. that day he set up crab traps at a mangrove forest on Bala’s back coast but failed to return at lunchtime as he usually did.

His family in the local authorities then launched a search for the missing Ladja and were stunned by what they discovered the next day.

They went to the mangrove where Ladja was last seen, they poked the water, and out came a crocodile. Crocodile facts

it was huge almost seven feet and then it let go of Rebente Ladja’s lower-extremity said village chief Kumari Ami.

The upper half of the body of Rebente Ladja was devoured by the crocodile that led to his inevitable ghastly death.

A research facility in North Sulawesi Indonesia was a picky eater crocodile. It only ate chicken tuna and meat and they must be fresh neither frozen nor spalled.

But on January 11th, 2019, the crocodile was perhaps not satisfied with its meal and wanted more.

hind legs jumped at the 8-foot tall concrete wall and dragged the scientist into the enclosure around 8:45 a.m.

The staff of the CV you seeking laboratory noticed a strange shape floating in the water then they saw the crocodile lying on the ground with Deasy Tuwo savaged bodies in its jaws ripping off her left arm and mutilating her upper torso.

The crocodile thrashed violently whenever rescuers battled to retrieve Deasy Tuwo’s body but it was eventually captured, sedated, and evacuated to a wildlife rescue center.

10 Largest Fish in the World