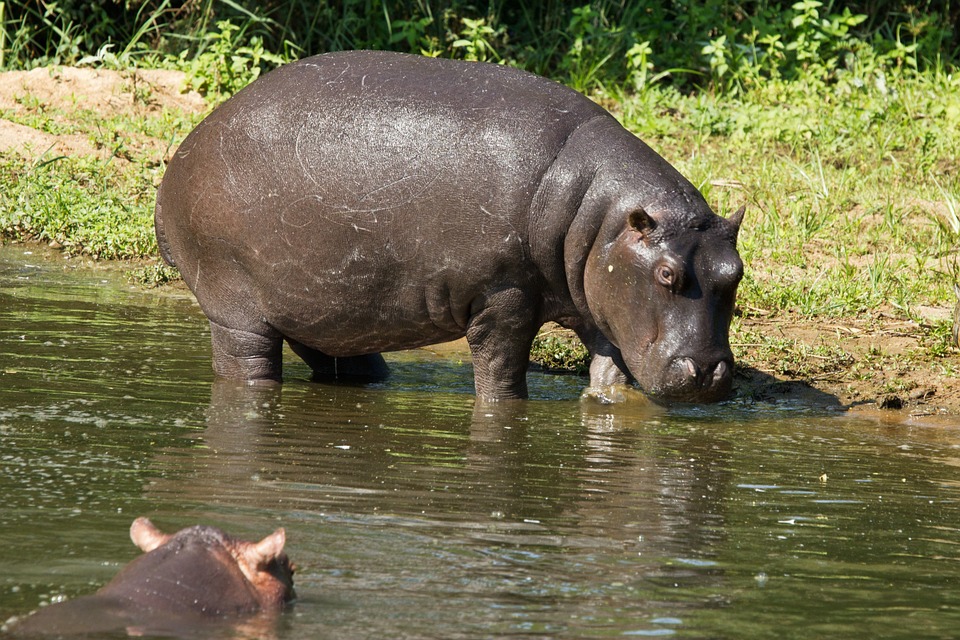 6 Animals That Could Defeat a Hippopotamus

Hippos may seem like gentle, whimsical animals, but any naturalist will tell you they’re every bit as dangerous as lions or wolves:

Not only can a hippopotamus open its mouth at a 180° angle, but it can bite an unwary tourist completely in half with a ferocious force of 2000PSI.

Oddly enough for an animal with such a deadly bite, the hippopotamus is a confirmed vegetarian

Ungainly as it is, the hippopotamus is the world’s deadliest large land mammal, killing an estimated 500 people per year in Africa.

Hippos are no match for an adult elephant. Elephants are at least twice the size of the hippo.

They are also so tall that a hippo’s formidable jaws can’t reach any besides their legs and trunk. Trying to attack either of those is a mistake.

Aim for an elephant leg, then you get stepped on. Mess with the trunk, they will flip you over. If this angry male wished, he could have stomped the poor hippo to death.

Elephants have also been known to kill rhinos, which aren’t much smaller than hippos.

Elephants are the only animals that can actually walk right into the middle of a hippo herd without much of getting attacked because the hippos all know even a single elephant could main or kill a number before they drove it off. This even applies if the hippos are in the water.

It has long been known that the rivalry between hippos and crocodiles is quite high.

Gustave however is a rare specimen that is estimated to weigh well over a ton and even then it’s most likely he kills hippos through an ambush instead of a head-on confrontation.

For the most part, crocodiles avoid hippos since they instinctively know a hippo will attack them if they get too close, hence why if you see any documentary footage of hippos and crocodiles, the crocodile either keep their distance or run.

That is for an individual hippo since hippos live in herds that only makes them even more dangerous.

There have been rare cases of individual hippos walking into a crowd of crocodiles, and the reptiles use the advantage of their number to kill the much larger animal. But like I said this is rare.

Most often relatively speaking, hippos have been killed by a lion pride.

A smart lion pride that knows how to go about attacking a hippo can keep it from escaping into the water and allow its number to triumph over its sheer size.

This is also not commonly seen. Hippos spend most of their time in the water where a lion won’t dare go after them, and their herds greatly outnumber the lion prides.

If a lion pride can’t isolate a hippo, then they won’t bother.

Also not every lion pride that attacks a hippo will have a clear plan as to what they are trying to do in which case the hunt typically fails.

It is not surprising that hippos have also killed lions as a result. This only applies to when the whole pride is hunting.
If a lion is alone it generally won’t dare attack a hippo, the size gap is too great. If lions aren’t looking to hunt, they also won’t get into a fight with a hippo.

Rhinos have very poor eyesight, some of the worst in the animal kingdom. If the hippo is too far from water, the rhino probably wins.

On land, the rhino has the hippo beat in terms of speed, maneuverability, and weight.

The rhino can charge the hippo, and while his horn isn’t as hard as the ivory tusks of a hippo, it is still plenty hard enough to penetrate a hippo’s skin.

After enough horn-sized holes are poked through its hide, the hippo will eventually bleed out and die.

Kodiak bears weigh an astonishing 1500Ib and have a bite force of around 1000PSI.

The Kodiak bear on the other hand has enough tools to successfully hunt down a hippo.
It has bone-crushing, bone-breaking swipes, 5-inch claws that pierce the hippos’ 2inch skin, and greater 35mph speed and stamina compared to hippos’ 30mph.

Although it wouldn’t be a clean kill as the bear would most likely have to launch a prolonged attack damaging the hippo’s spine while avoiding its mouth which isn’t beyond its ability.

Considering smaller grizzlies can take animals nearly three times their size and polar bear may hunt bull walrus whose weight overlaps with hippo, I think a huge male can win a fight with a hippo.

I know, I know this meeting is impossible. Like the one with the Kodiak bear above, but definitely in a fight between these two animals, the orca will win!

The killer whale is the biggest member of the dolphin family. Males orcas are up to 32feet in length and weigh up to 12 tons, well above the weight of the hippopotamus.

It is also believed that the bite force of a killer whale is 19,000PSI.
The only place this fight can take place is in the water, and the killer whale is clearly a much better swimmer.

Orcas want to move around the oceans freely, they want to go everywhere with no natural predators.

Hippos don’t really run into orcas but if they did they would end up similar to the mighty walrus which would be probably the best comparison.

Walruses keep orcas happy and healthy. So an orca would easily kill a hippopotamus!