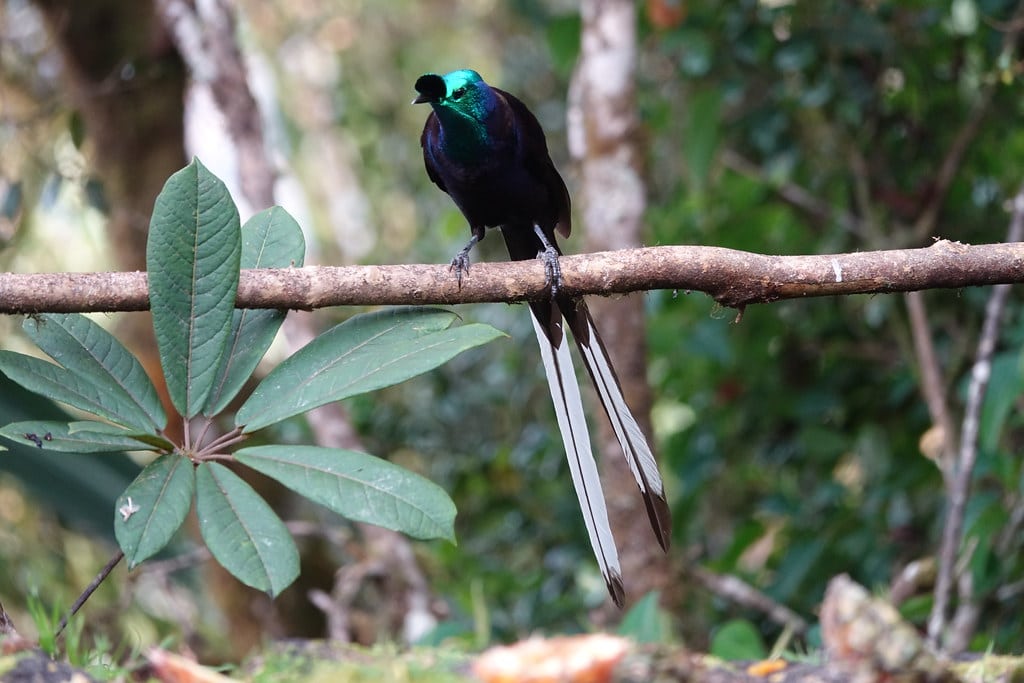 Birds are warm-blooded vertebrates belonging to class Aves. They have characteristic features such as Feathers, toothless beaked jaws, the laying of hard-shelled eggs, a rapid metabolic rate, a four-chambered heart, and a lightweight skeleton.

This feature distinguishes them and makes them unique. A more detailed definition would state that they are warm-blooded vertebrates with forelimbs that are modified into wings, a similar feature is found in bats.

Birds lay hard-shelled eggs, they have keen vision, which is their primary sense for obtaining information about their surroundings.

Their sense of smell isn’t very good, and their hearing range is limited. The majority of birds are diurnal. Fossil remains have been used to identify over 1,000 extinct species.

Superb bird of paradise renowned for their bright ornamental plumage and mating dance,

The male bird has a bright blue crest, a blue-green mix shield on the chest, and velvet black at its back.

The female bird has a reddish-brown color, which is not so attractive. The males however have a more attractive color.

(2) King Of Saxony Bird Of Paradise

The king of Saxony’s bird of paradise has elongated scalloped or decorative feathers that give it an odd appearance. This bird’s lengthy head plumes can reach up to 50cm.

These head plumes can also be waved back and forth by the bird if it so desires.

King of Saxony bird of paradise is endemic to New Guinea.

Ribbon-tailed Astrapia is a medium-sized bird endemic to the highlands of Papua New Guinea.

The long tail itself makes this species of bird so attractive, only found within the male bird.

In fact, they have the longest tail feathers in comparison with body size than any other species of birds in the world.

The tail of ribbon-tailed astrapia pia has a length up to 3 feet whereas its body length is only 1 foot.

Its body is covered in olive green and bronze-colored feathers.

(4) Andean Cock Of The Rock

The large disc-like crest of the male Andean cock of the rock gives it a completely different look.

They also have a bright orange-colored head, neck, and chest, have a black body, and gray wings.

Unlike male birds, the females have a small crest and have brownish-orange color in the upper body part. They are known as the National bird of Peru.

Also regarded as bright red throat pouch and only found within male magnificent frigate birds during the breeding season.

It’s an ancient bird that now lives primarily in Sudan and Zambia. The enormous bill itself makes it look strange.

These huge bills have a length between 7.5 to 9.5 inches and have sharp edges and grayish marks.

Known by some as whale head and shoe-billed stork. They are also one of the endangered species of birds in the world.

EAGLE VS VULTURE – Which is more powerful?

10 Most Beautiful parrots on Earth