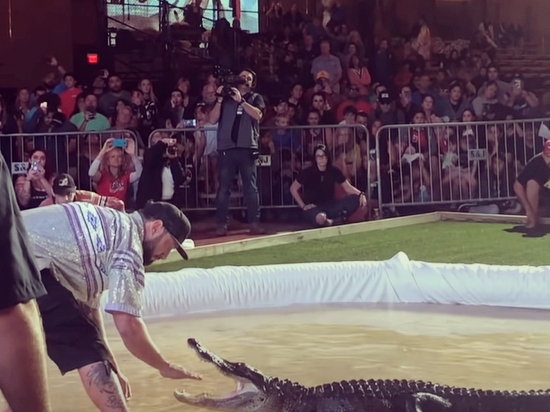 It’s very easy to get confused between an Alligator and a Crocodile, both reptiles look alike in appearance but how do we tell the two apart from each other?

A 71-year-old man named Timothy Satterlee was attacked by12-foot long alligator in Louisiana, near the city of Slidell just across the lake from New Orleans.

The victim’s wife described the incident stating that the alligator bites his arm off.

The 12-foot long alligator was hunted down, captured, and killed on September 13, 2021, according to reports from Wikipedia.

Human remains were found in the stomach of the alligator. There are approximately 1.5 million alligators in Louisiana and the Timothy Satterlee incident is said to be the first of its kind since 1774.

A woman named Cynthia Covert, age 58, was a victim of an alligator attack on May 1, 2020, it was reported that a big alligator had pulled and drowned her underwater, in a pond just behind her house on South Carolina Island.

A woman named Cassandra Cline, age 45, was also a victim of a similar attack, she was dragged to her death by a big alligator while walking her pet dog near a golf course region in Hilton Head, South Carolina. 5 Deadliest Crocodile Attacks on Humans

Witnesses who witness the attack stated that Cline was protecting her dog when the alligator mauled and dragged her into a lagoon. She died while her dog was unharmed.

The main difference between a Crocodile and an Alligator lies in the color, Alligators are darker, blackish-grey in color, while crocodiles are a lighter, olive green type or brown in color.

The Snout of an Alligator is wider and U-shaped, while that of a crocodile is V-shaped and pointier. Alligator vs Crocodile – Which is stronger?

COYOTE VS DINGO – Who Would Win?