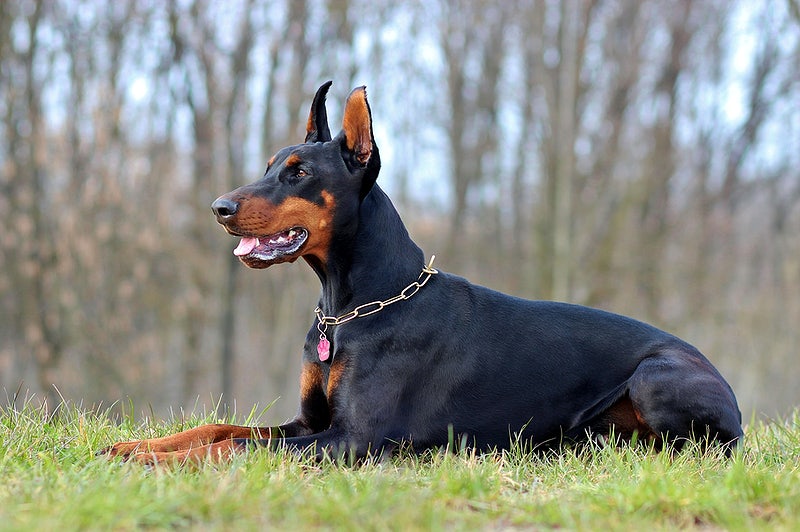 So for today’s posts, we’ll talk about the American versus European Doberman and will also get to know which one of them is better.

At a glance, the American and European Doberman look similar to each other, however, if you look closely the American variant is more stylish and calmer making them a better choice for a show dog or as a family companion.

On the other hand, the European variant is stockier and more active making them a perfect choice for people who prefer a working dog

There are more differences between these two variants

When it comes to their temperament both variants are similar this is expected though as both of them came from Louis Dauberman’s watchdogs.

Both the American and European Doberman are very intelligent loving, vigilant, protective, loyal, and highly trainable moreover, both of them thrive in families with an active lifestyle.

However, there are some differences between the two variants which are crucial in deciding which variant is best for you. 8 Things to know about Doberman Pinscher Dog

The American Dobies will be happy to share their personal space with their owners but American Dobies are similar to their European cousins when it comes to protecting their territory and their families.

In a threatening situation, they will bark loudly to warn their enemy to back out if there’s no other choice they can also attack.

Meanwhile, European Dobermans are strong stocky dogs who are best suited to work. They can be used in military police law enforcement and search and rescue jobs with their high prey drive. Doberman Pinscher vs German Shepherd- Which Dog Breed Is Best for You?

It is expected that these dogs are very determined, for this reason, you need to dedicate more time and be more serious when it comes to meeting their exercise and training needs.

At home, they do like to spend some time laying on the couch although they do not prefer company instead they’ll be happy having their own personal space without humans

As mentioned earlier, these dogs won’t retreat when faced with a threatening situation and they may also even attack if needed.

While it is good behavior for someone that is looking for a guard dog, it also means that they need the training to be well-rounded dogs otherwise their protective instincts can be a problem.

basically, American Dobermans are commonly what people see when they think of Dobermans the American variety looks more elegant which is why they’re often used in competition and show rings

These dogs have long and slim bodies, strong legs, and shiny hair they have narrow heads with smooth angles their muzzle and neck are long and slim while their paws are somewhat small considering their size.

On the other hand, European Dobermans are larger than the American variety their bones are not as long as those American Dobermans but are rather thick and large.

They have stocky and muscular legs heads and even their muzzles are thicker European Dobermans also have large paws and their neck is shorter but thicker.

In addition, their shoulders are not as pronounced compared to the American variety

Regardless of the variant, all Dobermans have a short shiny coat that is easy to maintain, although the dog’s color isn’t usually a huge determining factor in deciding which one is better for your home.

The American Dobermans have a wider variety of colors compared to the European variety according to the American kennel club AKC they come in different color combinations including black and rust, red and rust, blue and rust, and isabella fawn and rust.

Their markings which are usually found on their eyes, throat, muzzle, chest, legs, feet, and right below their tail should be lighter than the European Doberman on the other hand while European Dobermans may also come in all colors mentioned above.

There are only two colors that are recognized by the federation cynological international. These are black and rust and red-brown and rust.

In addition, they may also have the same markings as those American Dobermans, although their markings are darker.

A dog’s exercise requirement is one of the top things that a future owner should consider when deciding which dog they should take home.

Generally, a Doberman will need about one to two hours of exercise per day to keep themselves healthy happy, and well stimulated.

However, European Dobermans will need more time to exercise compared to the American variety mainly because they are working dogs who are bred to move their bodies most of the time.

This would prevent them from becoming bored which can lead to the development of destructive behaviors such as chewing, excessive barking, and digging

There are also some differences when it comes to training both Doberman varieties generally American Dobermans thrive in a softer approach since they tend to be overly sensitive from time to time.

These dogs need reassurance meanwhile European Dobermans do better in clear and firm training, in addition, they also tend to be more stubborn so owners need to be more patient with the training for both dogs or for all dog breeds.

Only positive reinforcement techniques should be used during training, this can be in the form of food rewards playtime, and plenty of praises.

Keep in mind that firm training doesn’t mean that you need to be harsh and punish your dog whenever you want to discipline them.

One thing is for sure both Doberman variants are loyal and loving dogs who will protect their family at all costs however when it comes to their closeness with the family, both of them tend to get close to one lucky individual.

The only slight difference is that the American variety has a higher chance of giving equal love and affection to all members of the family while European Dobermans are quite firm to bond more closely to only one person.

Although it does not mean that they won’t get along with other family members. In the end, there’s no better variant it all goes down as to which one best suits your lifestyle.

Do you want a good-looking and elegant dog? or do you want one that looks tough and is more capable of protecting you, your family, and your property?

Regardless both variants need proper training and early socialization so that they grow into well-rounded dogs.

15 Fastest Dog Breeds on This Planet