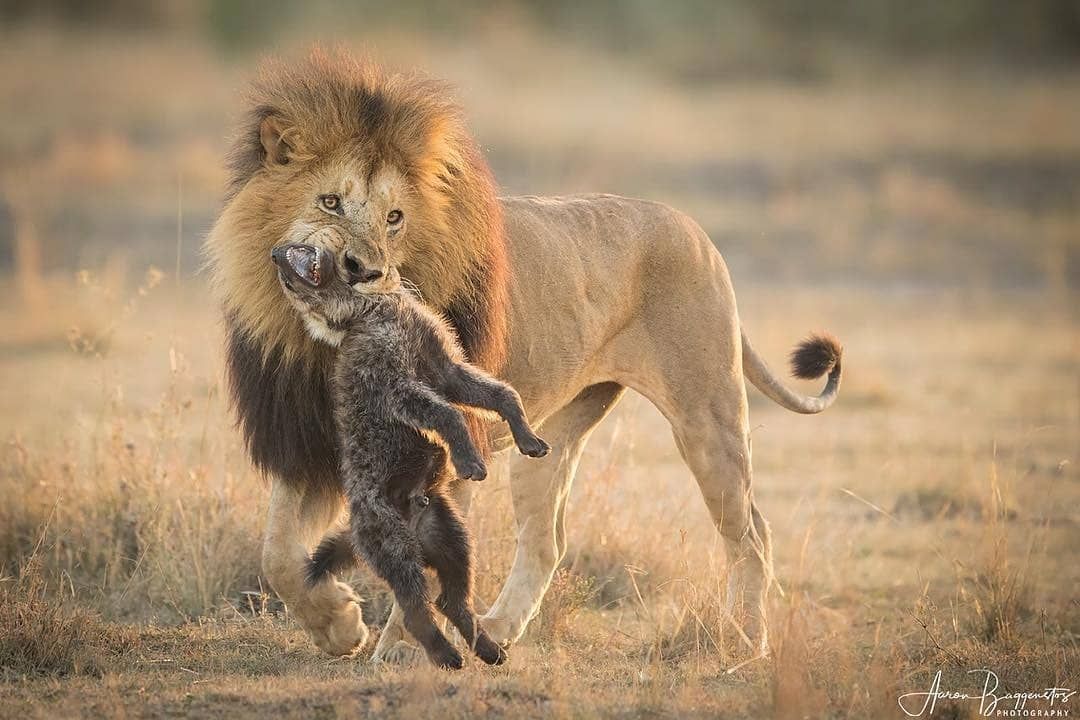 What are hyenas scared of?

Spotted hyenas ar among Africa’s ultimate top predators, equipped with their sheer power, bone-crushing jaws (the most powerful on earth after those of the saltwater crocodile and the great white shark), incredible stamina, intelligence, and sheer strength in numbers – in fact, hyena packs are so strong they regularly challenge lions, sometimes ousting them as the continent’s apex predators.

However, all these facts do not stop hyenas from being vulnerable to attacks from neighboring wild animals.

As I said before, when in packs, hyenas can mob lions, prevail over them and chase them off their kills, and even kill them in some occasions.

But there are times in which hyenas, despite their numbers, quickly make a hasty retreat when under attack from charging male lions, which can be intimidating with their formidable mane and sheer aggression.

Though the outcome heavily depends upon the courage of our contestants.

Usually, cheetahs have a lack of brute strength that renders them incapable of fending off the much better built hyenas, a fact that obliges the spotted cats to surrender a kill.

But there are times in which individual cheetahs, particularly protective mothers, have been seen mobbing hyenas with extraordinary defensive behavior – such a behavior involves stomping on the ground, lowering the head and moving toward the aggressors in a stalking mode, raising hairs on the cheetah’s back to look bigger and more aggressive, snarling and hissing at the aggressors, and glaring at them with pale yellow eyes. As such, some hyenas can be scared and forced to back off.

When venturing near rivers, hyenas must be wary of Nile crocodiles, the largest and most dangerous reptiles in Africa. Sure enough, these crocs are opportunistic feeders that will gladly eat anything daring to enter their watery domain, including other predators like hyenas.

Hyena and a Pack of dogs

Packs of African wild dogs, thanks to their work in unison (a fact that hyenas lack), frequently mob and easily repel hyenas whenever the two species interact.

In addition to all the previously mentioned animals, we mustn’t forget that Africa is truly a land of giants, and hyenas are always wary whenever they meet up with these giants, especially:

– Elephants, who can and will charge at any threat to their calves.

– Giraffes, whose size is undoubtedly problematic, alongside a kick that can kill in one hit.

– Cape buffaloes, bad-tempered bovines that can charge at any animal that gets in their way. Animals that can kill Hyenas in the wild.

– Rhinos, equipped with their bulk, deadly horn and extremely bad-temper.

The hippo sees no need for the latter. Perpetually insane, ever-ready for a fight, the ‘river-horse’ finds the purest pleasure in inflicting harm lion and hyenas.

Despite being mostly herbivorous, it has dangerously large and sharp incisors and canines that it uses to fight.