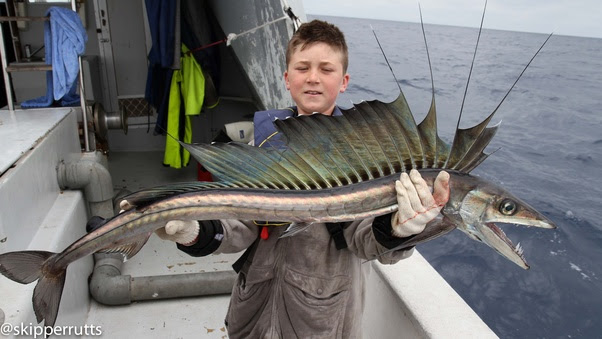 What are some amazing-looking fish?

There are innumerable candidates for this question, but here are some of which I can think of off the top of my head.

Little is known about the biology of this family of fish, which contains only two species.

They can be very big, over 2 meters long in some cases, and are probably ambush predators which eat other fish, cephalopods, and crustaceans.

They’re found the world over, except for polar waters.

Also known as tadpole fish, they get their name from the gelatinous tissue which fills their body.

Deep sea creatures which feed on invertebrates living on the seafloor, they’ve lost most of their bone, instead having skeletons of main cartilage. They’re pretty big too, at up to 2 meters in length.

This sturgeon is quite possibly the world’s largest freshwater fish, at up to 5.6 meters long and weighing as much as a small car!

They live only in the rivers of the Amur Basin in eastern Russia and China and are the apex predators of their environment.

As they’re not fussy eaters, I wonder if they eat the Amur softshell turtles which they co-exist with.

This fish, native to coastal waters in the Atlantic, is immediately noticeable, as it has very long pelvic fins.

When alarmed, these fins fan out into huge, semicircular “wings”, which are translucent and often have blue patterns on them. It might seem exotic, but if you live on the Atlantic it’s probably not far offshore.

This family is most amazing to me because of their six, arthropod-like legs, which evolved from fin-rays.

They use these to crawl around and also to smell. However, If that wasn’t weird enough, some species are armor-plated, they make drumming sounds with a muscle in their body and can glide using beautifully colored fins.

Don’t be fooled by this fish’s unassuming appearance – it’s one of the scariest ray-finned fish I know of.

They have extremely sharp teeth and have been known to rip octopuses apart in swarms. They also kill fish as big as marlins, can crush fish hooks in their jaws, and occasionally bite unfortunate divers.

Among the deepest-living fish, these bright red monsters are damn weird. Many species are blind, instead relying on detecting vibrations to navigate.

Strangest of all, the males only eat when they’re babies – after becoming adults, their mouths fuse shut and they slowly metabolize shells eaten as juveniles.

Thanks for reading, and hopefully you enjoyed learning about these bizarre types of fish in the ocean which I think could use a little more attention.

3 Animals that can kill venomous snake