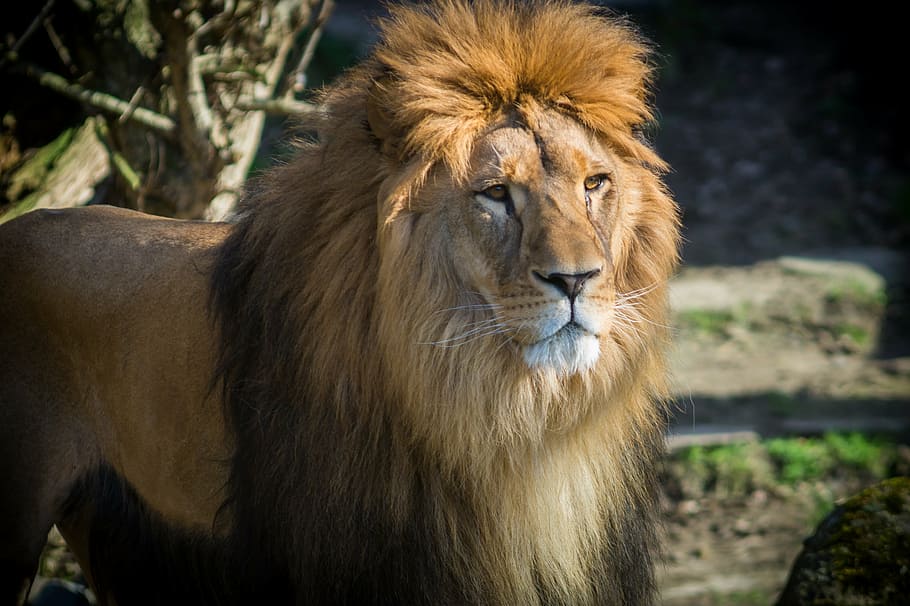 Cape Lions were found in South Africa until the mid-nineteenth century. The male Cape Lion can grow up to 9-11 feet long and can weigh up to 425-500 pounds and were larger than other African lions as well as their Asian counterparts.

A large dark mane, black ears, and a longer skull were among the traits. According to legend, they lasted until the 1860s.

In the year 2000, the story took a new turn. The descendants of the Cape Lion were said to be residing in a zoo in Siberia. Some were returned, but the whole DNA study proved they weren’t purebred.

To all intents and purposes, the Cape Lion is extinct, and the only certainty is that the DNA of the Cape Lion is still present in South African Lions. The photo above is thought to be the only one of a living one, though both the photo and the statement are debatable. American Lion

It is known that certainly impure Barbary Lions exist though not in the wild.

The Iranian lion was never part of a zoo collection so it is extremely unlikely any descendants survive. One of the very few photos of one is below and this could actually be an Arabian Lion. They were so similar it is difficult to tell from the pic. (Taken in 1880). Southwest African Lions – Facts

The Barbary lion isn’t the biggest and strongest lion subspecies – They are more closely related to the Asiatic Lion than the larger African Lion.

The now extinct Cape Lion would almost certainly have been much bigger. Although no photos exist there are drawings (probably exaggerated) that show huge lions.

Their descendants still exist having bred with other lions and you still get huge lions sometimes in Southern Africa.

Zoologist Edmund Heller reckoned the Cape Lion was ‘distinctively’ bigger than other subspecies and I agree with that.