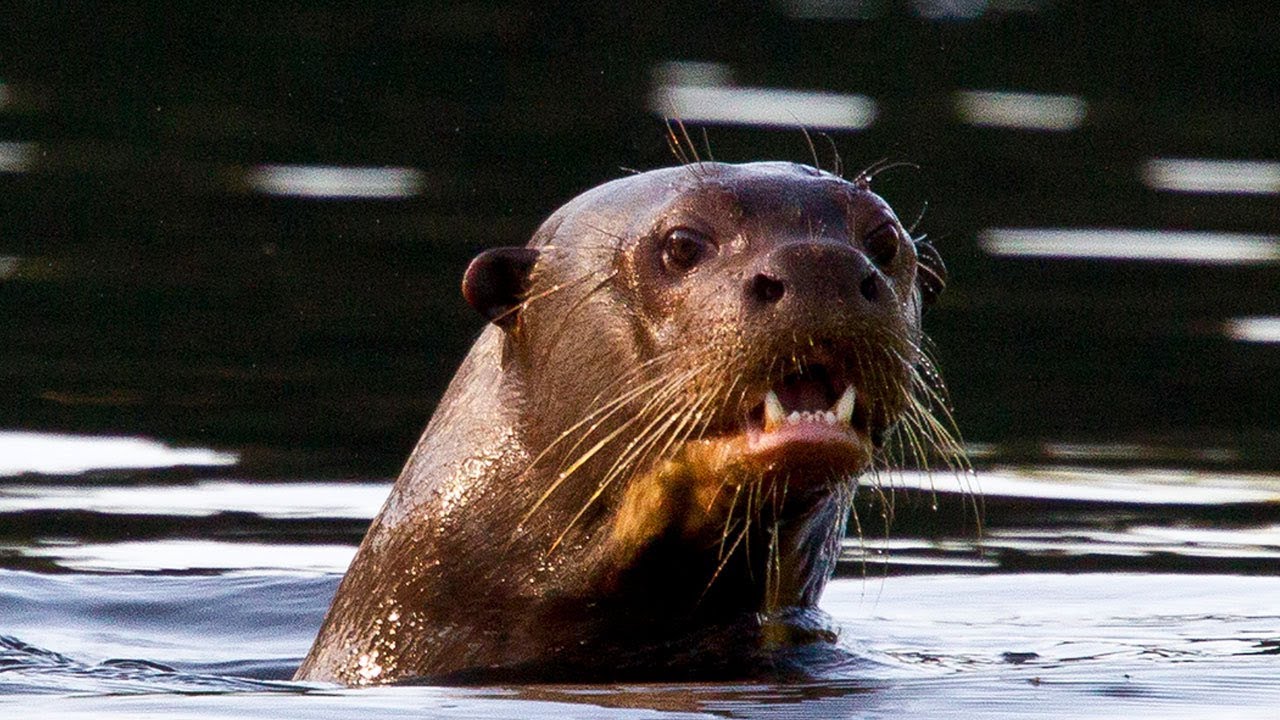 Giant otters are capable of attacking some of the most dangerous predators on earth. Otters come from Brazil, giant otters share the South American continent with 3 of the 4 local representatives of the genus Lontra neotropical river otter, southern river otter, and sea otter.

The giant otter is the biggest, the most dangerous, and the deadliest. A giant otter can reach 1.7m in length and weigh about 30kg. They have a muscular tail, strength, endurance, acute hearing, and sharp eyes along with a great sense of smell.

A Giant otter is a very social animal that lives in large family groups. The size of the group can reach up to 20 individuals.

They all travel, sleep, eat, and do other things together. Giant otters are also aggressive and protect their territory at any cost. American River Otters – Badass Animal in The Rivers.

What does a giant otter eat?

Otters can hunt alone, in pairs, or in groups and they eat absolutely everything in a certain area e.g Fish, Crabs, snakes, Anaconda, crocodiles, octopuses, etc.

Otters are very fast in attacking, flexible, have great teamwork, and have powerful jaws. They immediately eat their victims starting with the head i.e There’s absolutely no chance to get out of this fight alive.

Some believe otters are water relatives of Honey Badger that attack other animals for no particular reason. The war between otters and monkeys is long and bloody. Giant otters are afraid of nothing even Jaguars would be a meal if it wandered into otter territory.

Here is another interesting fact, in the language of locals, a giant otter is also called a water jaguar. So these species are worthy opponents.

They are so worthy that there’s only one known case where a Jaguar managed to kill a giant otter and that is because it was alone and on the shore of Jaguar territory. Nobody would overcome the whole gang of giant otters.

Giant otters can live as large families or only with four individuals in a group. In any case in each of these groups, there’s the main one, an alpha female and the coolest, she’s the one who makes decisions about attacks and defense, and takes care of offspring and the whole group.

The male marks a certain area and patrols it with the others. Each of these families has its own territory which they protect.

Giant otters are known to attack people as well. These creatures are badass and the best advice is to stay far away from them. American River Otters – Badass Animal in The Rivers

Do otters have good eyesight?

Sea otters have good eyesight, above and below the water. The nostrils and ears close when underwater. Sea otters have a good sense of smell and can hear very well. Whiskers sense vibrations in the water. see source

What colors can Otters see?

In a recent study, A. cineraria showed the ability to discriminate gray from white, green, blue, and red (Svoke, Snyder, & Elgart, 2014). In Svoke et al.’s (2014) study, one otter could discriminate blue versus green and blue versus red, but not red versus green. see source.

The North American River otters are also known as northern river otters or the common otter. They are a species of otter found in North America. They inhabit inland waterways and coaster areas in Canada, the Pacific Northwest, the Atlantic states, and the Gulf of Mexico.