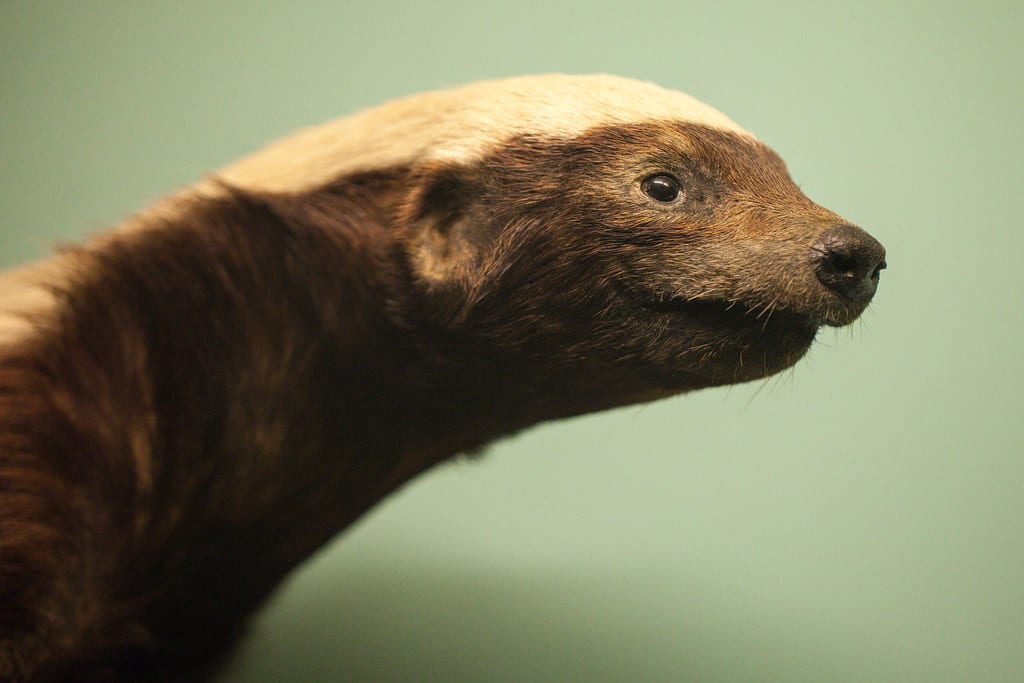 It is important to note that the Honey Badger and Eel both live on separate continents. And so, this is a hypothetical fight.

The Honey Badger can be found in Africa and the Electric Eel lives in the Amazon i.e South America.

They could only fight if the honey badger got into the water with the eel. The eel would keep shocking the badger until it got out of the water or until it died.

Which animal is Tougher – Honey Badger or Electric eel?

Since the honey badger is an air breather, it would not be able to easily get at the eel, while the eel could detect the badger’s presence in even muddy water, and keep shocking it.

So in the Honey Badger vs Electric eel in Epic Battle to the Death. The electric eel wins that one.

What animals can survive an electric eel sting?

Some animals, Apes, hippopotamus, and Elephants, can use insulation to deal with electricity and hence can survive stings from an electric eel.

A honey badger may not be able to. It would get shocked and find something else to eat.

It is also possible that the honey badger would probably kill the eel by ripping it apart and inflicting bite wounds, but when it does, the eel will electrocute it to death.

The Reason why a Honey Badger would kill an Electric eel

Honey Badger can wrestle the world’s most venomous snakes and still come out victorious, Badgers can survive attacks from Lions, hyenas, and leopards.

It is still a surprise as to why a Honey Badger isn’t Immortal. Just like every living thing It’ll die eventually.

The Honey Badger can live for up to 24 years in captivity.

The Reason why an Electric Eel would kill a Honey Badger

Now, let’s talk a little about an Electric eel as well. The name Electric eel can be really confusing, one might think it’s an eel when in fact it’s a fish with a volt of up to 860. The sting is powerful enough to incapacitate a horse.

An Electric eel is considered a formidable creature i.e no animal can feed on them. They have no natural enemies in their habitat.

No animal can devour them and that’s because of the powerful electricity generated through their body.

Any animal that comes close to an electric eel dies of shock or flees away, and this includes humans. Honey Badger Or Electric Eel – Which Is Tougher?

Can an electric eel kill you?

The electric eel has no natural predator in the wild, and since it bases in Amazon, no creature in the Amazon rainforest can kill an electric eel

However in a hypothetical fight

I wrote an article on a hypothetical fight between an electric eel and animals most likely to kill them.

I made mention of Honey Badger, elephants, Humpback whales, and porcupines. I also believe a Hippopotamus should be included on that list.

And this is my reason. From what I stated above: I believe some animals, apes, hippopotamus, and elephants, can use insulation to deal with electricity.

These animals have thick impervious skin that can deter foreign objects from penetrating their bloodstream.

These animals can withstand electricity far better than most animals including humans for sure.

Do you think it’s possible to survive an electric eel attack?

What about a Honey Badger – Can it survive an electric eel attack?

I’m only a passionate student of wildlife. I would love to hear your opinion on the matter. Thanks.

Electric Eel – The Toughest Animal in the Amazon