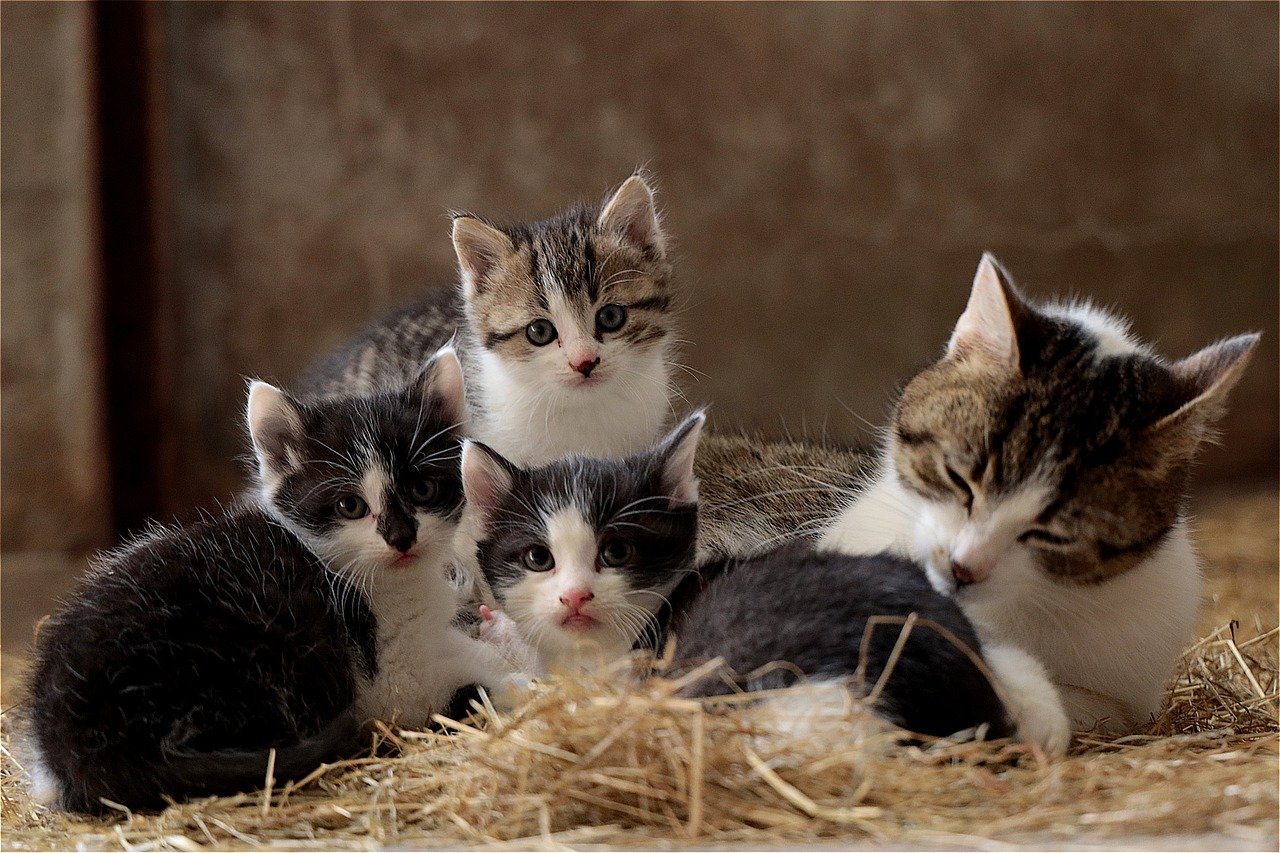 How did cats become domesticated?

The domestic cat (Felis catus) is one of the most recently evolved species within the Felidae family.

Cats have developed to be predatory hunting creatures with exceptionally acute hearing, sight, and smell senses.

The inherent behavior of ancient cats to spread and seek their own territory, as well as the need to follow the prey species they hunted on, likely aided their global migration.

Felidae is the most highly developed carnivorous hunter of all mammalian species. Except for lions, which live in pride, all other wild cats have evolved into solitary creatures capable of hunting and fending for themselves.

Cats have developed a wide range of coat colors, under natural conditions, these are adaptations to allow the cats to camouflage and assist their hunting lifestyle.

Evolution and Adaptation of Felis catus

Cats and humans coexisted in the past, owing to the evidence by fossil records from early human settlements, albeit these were considered to be wild cats.

True domestication (or, perhaps more precisely put, “taming”) of cats was traditionally supposed to have begun around 3,600 years ago in Egypt.

Skulls of cats found in Egyptian cat burial grounds, called Mau by the Egyptians, have been identified as mainly being of the species Felis sylvestris lybica,

Clearly demonstrates that our domestic cats are descended from this animal.

Domestication of the cat

Felis catus as a species arose as a result of wildcats coexisting with humans.

This, however, should not be considered ‘domestication’ in the same sense that dogs and other animals have been.

In general, cats have not undergone major changes during domestication and their form and behavior remain very similar to that of the wildcat ancestors. They remain perfectly capable of surviving in the wild, and indeed many reverts to a feral or wild existence.

they were more ‘tolerated’ by humans and gradually diverged from their ‘wild’ relatives through natural selection and adaptation to hunting the vermin found around human settlements.

The latter is most plausible, at least in the early stages of taming, since other animals like ferrets and dogs would have been far more successful and efficient if the goal had been human vermin control.

Several characteristics of cats, such as their tiny size, sociable nature, body language, love of play, high intelligence, and perhaps an inborn inclination among all small felids to tameness, may have aided their domestication in either scenario.