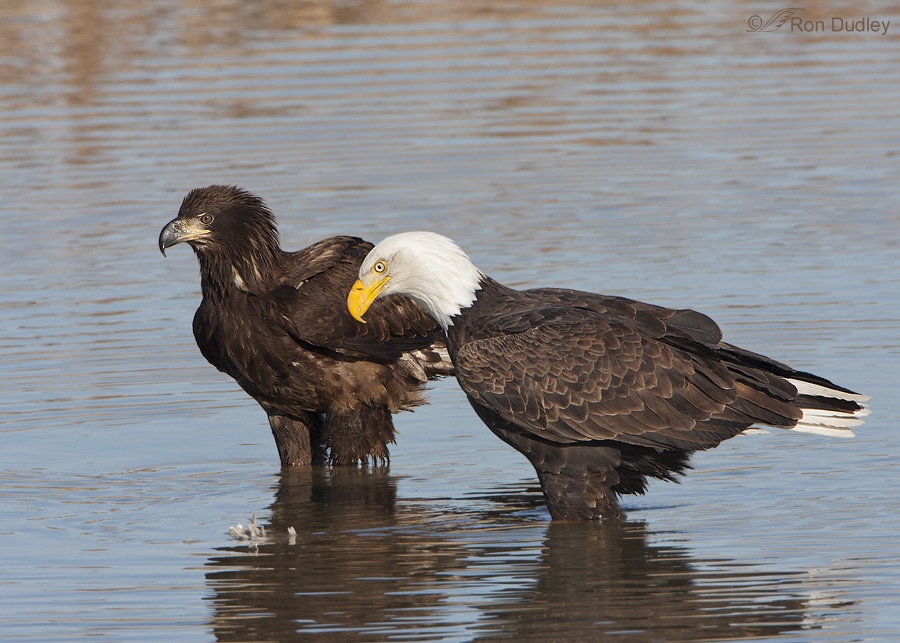 How Golden Eagle is Different from Bald Eagle

Interestingly surprising, the Golden eagle and the Bald eagle aren’t closely related. Although, both have a lot in common and are of the same size

The Golden eagles are more related to a group of hawks called ”Buteos” otherwise known as red-tailed hawks.

Bald eagles are more related to a group called ”fishing eagles” otherwise known as kites. How Golden Eagle is Different from Bald Eagle

Scientists at HawkQuest says, A bald eagle’s grasp is about 10x stronger than the average grip that of a grown-up human, and they have monstrous paws, so if a eagle could get its claws completely through your arm; it most likely couldn’t break the bone, however you would bleed out.

It is also believed by the scientist that a Bald eagle can exert a force of 400 pounds per square inch (psi).

Difference between a Golden Eagle and Bald Eagle

A major distinction between the Golden and bald eagle can be found in their colour distinction.

It is Important to note that the seal of the united states has the image of the Bald eagle chosen as a national symbol . How Golden Eagle is Different from Bald Eagle

Wild happenings around the world.

The nest of the Golden eagle is found in very tall trees, close to ther feeding site. These birds feed on fishes, birds, snakes, rodents etc.

Both Golden and Bald Eagle have no natural predators in the wild. Although, young eagles may fall victim to leopards, grizzly bears and wolverines.

Eagles have been observed riding living deer and pronghorn and eating them alive, not to mention pulling goats off cliffs (they have also been known to go for small children so watch out).