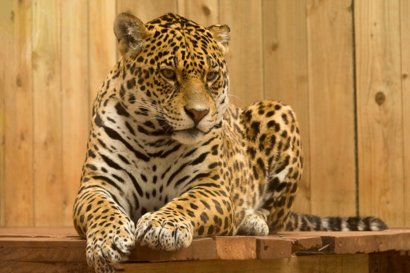 There are many incredible wildlife experiences to be had all over the world, but visitors continue to be amazed by the wildlife of Africa.

African wildlife has become one of the most important in the world as it has become immortalized over time.

Africa has a diverse range of ecosystems, including rainforests, forests, grasslands, and deserts.

It is home to numerous beautiful and deadly animals of varying sizes, both diurnal and nocturnal, and is the second-largest continent after Asia.

These include mammals, reptiles, birds, and insects, with many being unique to Africa.

It is a popular destination for both wildlife researchers and safari fans due to its biodiversity.

Its populations of insects comprise 15-20% of all insects in the world.

The top wild animals in Africa are those that people most often seek out on safaris, with many being animals native to Africa.

The “Big Five,” which include the Lion, Leopard, Elephant, Rhinoceros, and Buffalo, are among the most well-known African animals.

Along with the tiger, lion, and leopard of the Old World, it is one of four ‘big cats’ in the ‘Panthera genus.

Where Do Jaguars Live?

The jaguar is the only Panthera species that still live in the Americas. Despite its similar appearance to the leopard, the cat is larger and more robust.

The jaguar’s behavior is comparable with that of tigers. It is solitary by nature and an opportunistic, stalk-and-ambush predator.

Jaguars also enjoy swimming and prefer to live near water bodies in deep jungles. The jaguar, as an apex predator, is crucial to maintaining natural equilibrium.

These efficient predators’ historic range included much of the southern half of the United States, as well as most of South America.

The range of jaguars in the United States in the early twentieth century ranged as far north as the Grand Canyon and as far west as Southern California.

Ice Age fossil evidence indicating the presence of jaguars has been discovered in Missouri, US.

Jaguars’ current range stretches from Mexico in North America to Central America, the Brazilian Amazon, and other regions of South America.

Jaguars can be found in Central and South America’s dense rainforests, as well as dry grassland terrains and seasonally flooded wetlands.

However, they prefer dense forests over the other types of habitats.

Jaguars love to live near swamps, rivers, and lush rainforests with dense tree cover, which makes stalking prey easier. They also live at elevations of about 3,800 m.

However, these big cats tend to avoid montane forests and are absent in the Andes and the high plateau of central Mexico.

Jaguars are also spotted in scrublands and deserts in their range.

So can a jaguar survive in Africa?

Why would a Jaguar not survive if Lions, Leopards, and Cheetahs are thriving and surviving?

Jaguars can be found in the desert, marsh, rainforest, jungles, deciduous dry woodland, savanna, mountains, and river systems across the Americas.

Great hunting techniques are necessary for predators to survive.

They would do best in the jungles of the Congo and Central Africa where they could eat boars, deer, okapis, gorillas, chimps, colobus monkeys, etc. They also might eat baby elephants.

Jaguars are apex predators, and will not know how to react to hyenas or lions.

On the other hand, jaguars are larger than leopards, and would only flee from hyenas if their numbers significantly exceeded their own.

They’d have to specialize in a specific prey since they likely couldn’t kill the larger game such as buffalo and zebra, and would have to avoid water because of crocodiles and hippos.

They could live in the jungle and eat apes and can kill occasionally gorillas like leopards, but the plains might be too harsh for the jaguar.

They might even cross-breed with the leopard and form some super breed.

Jaguars coexisted with lions, short-faced bears, dire wolves, and Smilodon in the Americas only 10,000 years ago, and survived because of their adaptability.

Jaguars would survive in Africa’s diverse ecosystems, from desert to rainforest, climbing like leopards, hunting big animals, and swimming.

They hunt caimans by biting into the skull. They’re capable of killing domestic cattle, tapirs, and anacondas.

They use their agility to catch birds and hunt monkeys, sloths, and iguanas in trees.

In the Ice Age, they would kill Giant Ground Sloths the size of elephants by themselves!

Back then they were only a few pounds heavier around the size of a lioness and tigress.

They kill like no other cat by biting into the skull and paralyzing their prey with a bite power of 1,500- 2,000 PSI.

This means their kills would be faster, quieter, and more efficient than a suffocating lion or leopard.

Jaguars are strong enough to carry their kills up trees like leopards the problem that animals in Africa have with stolen food by other animals.

Also, I think sneaking up on a crocodile basking in the sun; the jaguar pounces delivering a deadly bite to the skull.

There is plenty of game in Africa and they could certainly adapt to the climate.

Some predators have evolved to be nocturnal in order to avoid competition. Others took shelter in the mountains or the forests.

Some are bigger, while others are faster. Some hunt in groups, while others hunt alone, so the jaguar would certainly find its place in Africa.

Hamadryas Baboon vs Gelada – Which is more powerful?

Is Your Cat’s Food Killing Them? 15 Dangerous Foods Your Cat Should Never Eat