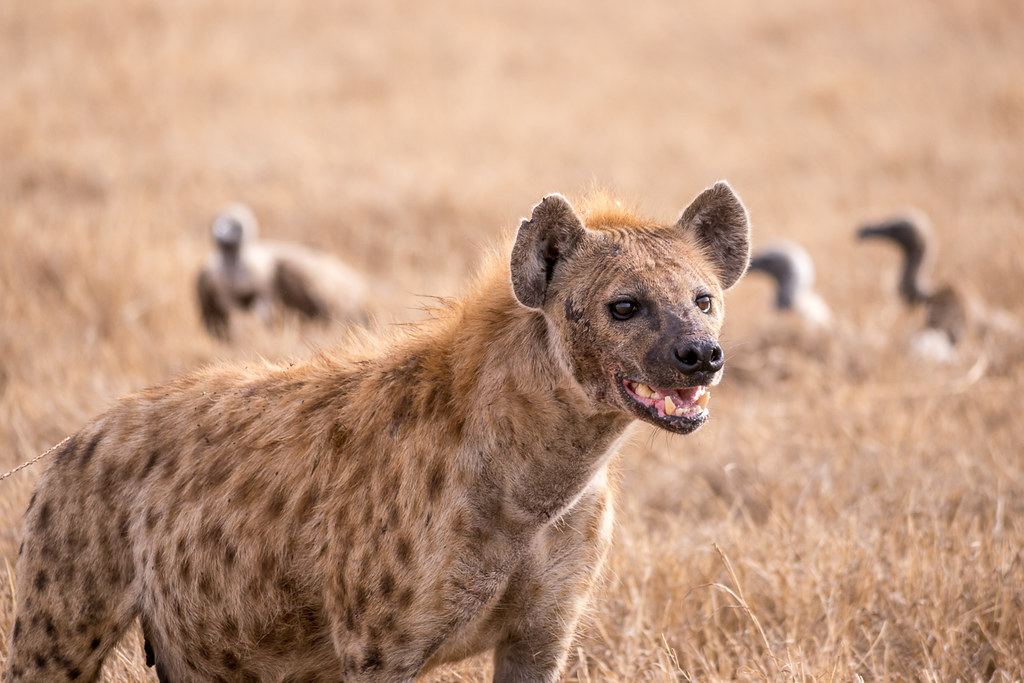 Did you hear that? What was it? Is someone laughing?

It’s an entire pack of hungry hyenas. How could you survive this?

Well, We have some tricks to help you.

Spotted hyenas are considered one of the most successful predators in Africa.

The strength of their mighty jaws is almost twice as powerful as a lion’s bite.

And the jaws of a hyena could break any of your bones.

The hyenas’ acidic stomachs can digest almost anything.

And even scarier, if they hunt you down, hyenas will just start eating you. It doesn’t matter whether you’re dead or still alive.

You’ll see how they feast on your tender flesh and guts. Are you ready for that?

Well, neither are we.

Hyena clans are commanded by alpha females. They choose males according to their fitness and attractiveness.

It’s kind of like the human world, if you want to be a good catch, you should probably be well-groomed.

We know who can help you with that.

Unfortunately, no matter how well-groomed you are, it won’t help you survive a hyena attack.

But, luckily for you, these survival steps will.

Survival steps that will help you survive an hyena attack

Don’t be misguided by the giggling sound spotted Hyenas make. They’re not having a good time at all.

Hyenas vocalize that way when they are under attack or feel threatened.

So, if you hear these chilling noises, you need to stay alert.

Hyenas are night hunters. During the daytime, they can barely see, and will most likely run away from you. Animals that can kill Hyenas in the wild

But when night falls, it’s showtime.

And they don’t fear humans at all. Sadly, in African cities like Addis Ababa, homeless people are often attacked by hyenas at night.

It’ll only attract their attention and invite them to attack.

They can trace smells from long distances, so they might be looking for some clan members or hunting for prey.

Hyenas hunt in packs, focusing on the weak or sick members of a herd. Then, they chase the group

for long distances until the youngest or sickest individuals are left behind.

So if you’re in a group, try to look stronger and healthy. Stay together, and don’t break ranks.

In 2017, George Mukwidza heard hyenas attacking his dogs at his farm in Zimbabwe.

He tried to scare the entire pack off with an ax. He hurt one of the hyenas, but the rest mauled him. AFRICAN WILD DOG PACK VS HYENA CLAN – Who Will Win?

He’d have died that night if his sons hadn’t heard the fight and helped him. They killed one of the hyenas, but the rest escaped.

His sons took George to the hospital, and he survived. But he learned an important lesson about teamwork that night.

If it’s too late and a hyena is chasing you, let’s hope there’s a tall tree you can climb.

Unlike feline predators, hyenas don’t have retractable claws, so it’s tough for them to climb.

If you manage to climb up a tree, you may have to stay there until dawn.

Remember, hyenas can barely see in the daytime.

LION VS TIGER – Who is the real king?