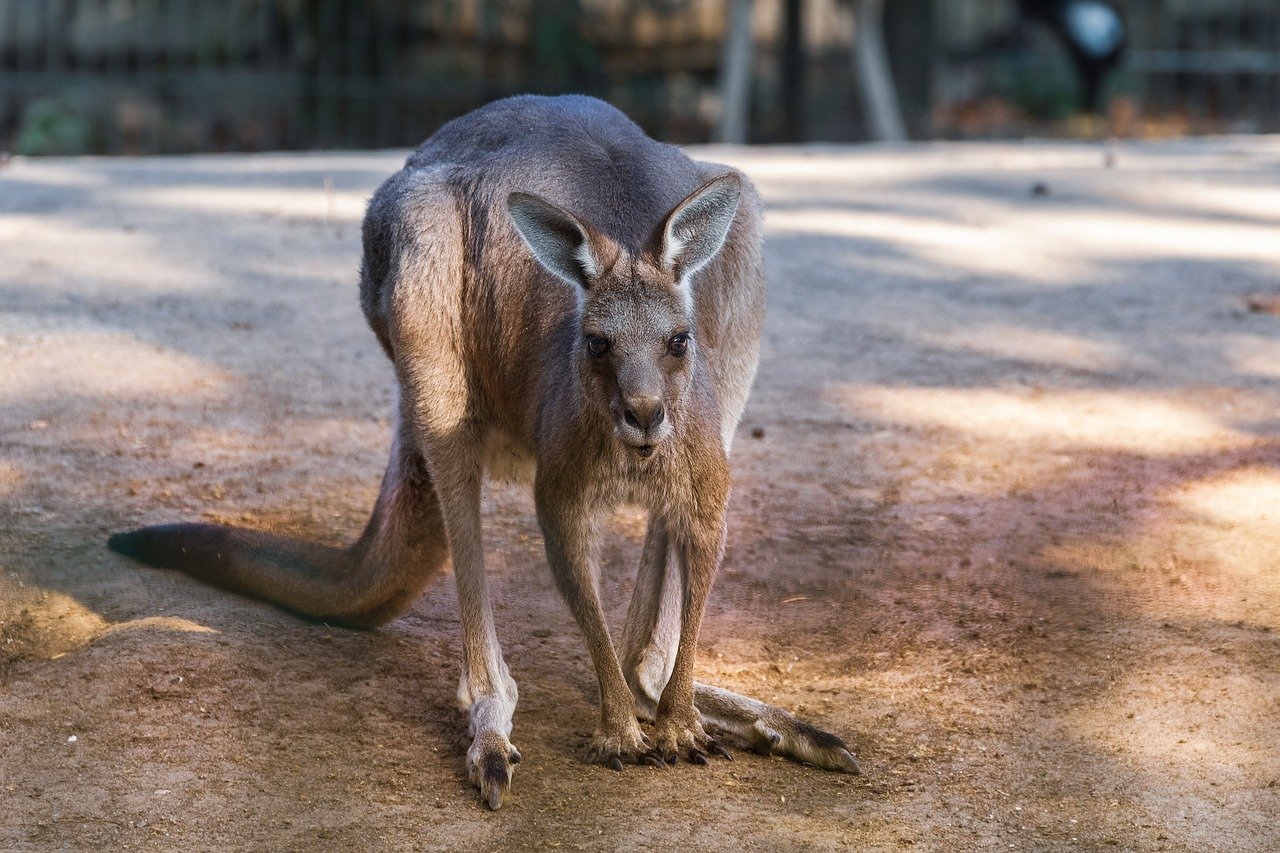 The iconic, charming, cuddly, hop-along critters of Australia may not be as friendly as you assume. Kangaroos can be rather dangerous.

If they’re looking for food or believe you’re a threat to them or their families, they may be rather violent. How strong is a Kangaroo?

15 people were attacked by kangaroos between 1999 and 2002 and these were the only attacks that were reported other attacks have occurred since then in various parts of Australia.

Follow these measures if you find yourself face to face with a kangaroo and wish to survive.

Its punches are packed with very sharp claws that can rip your flesh apart.

To protect your body and essential organs from the roo’s powerful kicks, keep a modest profile.

The Kangaroo’s family name is Macropodidae, which means big feet. And their big feet, combined with their powerful hind legs are so strong that they can break your bones.

In 2018, a kangaroo attacked a family in Queensland, Australia. They were feeding the kangaroo when it became aggressive and attacked. They attempted to repel it with a broom and shovel, but it was ineffective.

A Kangaroo caretaker by the name of Linda Smith had a punctured lung, broken ribs, arm and leg abrasions, and other internal injuries that needed surgery.

Her spouse was slashed numerous times, and her son received cuts and bruises.

The kangaroo quickly escaped after the attack.

The heaviest kangaroos are male red kangaroos, which weigh up to 90 kg (200 lb). And some kangaroos, depending on their species can grow up to 2.8 m (7 ft) tall. So if you intend to bring your dog along for a kangaroo fight, it wouldn’t end well.

Kangaroos are really fast and can hunt you down, they hop on their hind legs while they run. The red kangaroo is the fastest jumper, bouncing along at up to 56 km/h. You’ll know for sure If a kangaroo wants to fight you. How to survive the most aggressive animals

It’ll begin to show dominance by pulling out grass, rubbing its chest on the ground, and tensing its muscles.

And if that happens,

Male kangaroos employ this type of behavior to assert themselves in the wild.

They’ll only attack you if you irritate them or have the food they want.

Kangaroos tend to give up if they feel less threatened by you, your best chance is to back off and show defeat.

But as more people try to get cute pictures while feeding kangaroos, the number of attacks has increased.

Despite the fact that the last known death was in 1930, several persons have suffered significant cuts and bruises as a result of these encounters.

So the easiest method to prevent being attacked by a ferocious kangaroo is to stay away from these strange marsupials.

first and foremost. They’re both exotic and adorable. However, as we’ve seen, cuteness does not imply that an animal would be gentle.