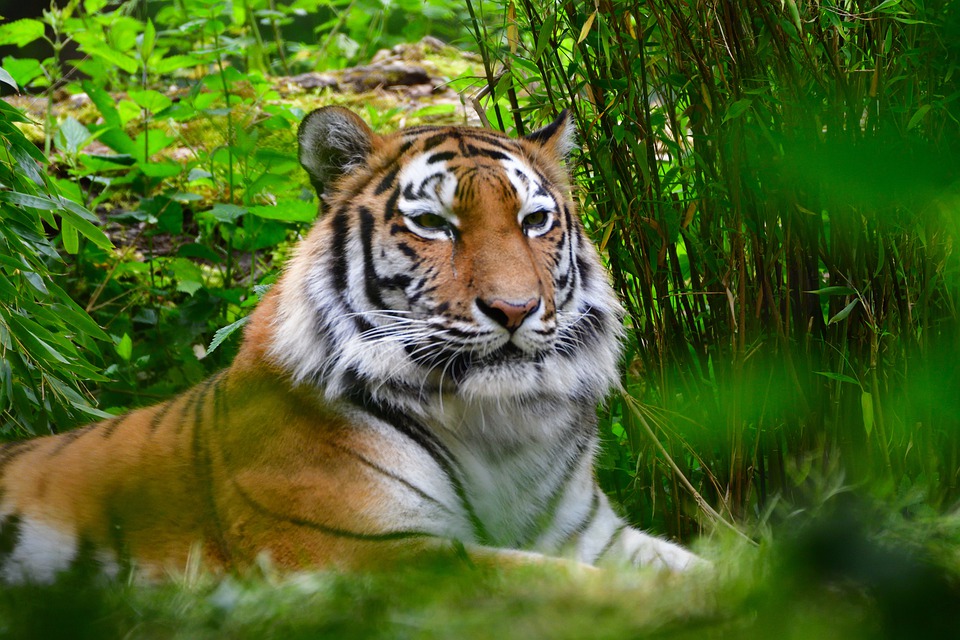 Carole Baskin was wrong. Tigers are not big cuddly cats. And if you find a tiger on top of you, you’d better pray you don’t turn into a delicious meal for the cat.

The tiger is the largest of the cat family, Felidae, and rivals the lions, Panthera leo, in strength. If you think you can fight a tiger, keep in mind that they are 20 times stronger than an ordinary person.

In the words of Joe Exotic, tigers are, A real-life tornado, and there ain’t nothing you can do besides protecting yourself.

How to survive a tiger attack

Remember, it’s not just humans that are at a disadvantage in a tiger attack. In 2011, it was reported that a tiger killed a lion with one swipe, which shows how strong and deadly tigers can be.

What should you do to prevent being killed by a tiger?

If you happen to glimpse the tiger before it notices you, be still and silent. The tiger will become aware of your movement and focus its dangerous attention on you.

The tiger is still a danger, even if it appears to be old, injured, or sick.

Even the most vulnerable tigers pose a serious threat. They may not be able to hunt large animals, but humans are a simple target.

The worst thing to do at that moment is run or give in to fear. Giving in to your fight or flight reflex is not a good idea at that moment.

Slowly back away, keeping your back to the animal and avoiding eye contact. As soon as the tiger is out of sight, flee as quickly as possible.

Put a tiger on your shoulders if a tiger spots you when you’re holding a child. It will make you appear more powerful and scary.

The same goes for if you have an adult with you and can get them on your shoulders. Make yourself as large as possible so that the tiger perceives you as a threat.

Make a big show of yourself by standing up and talking. Don’t crouch, sit, or do anything else that will make you appear small, as this will provoke the tiger to attack you.

Don’t pee in your pants no matter what. Tigers are attracted to urine.

The tiger might think you’re marking your territory, and take it as an act of aggression. That might get you killed.

In captivity, there are more tigers than in the wild. There are around 5,000 caged tigers in the United States, but only 3,900 worldwide. Tigers are not supposed to be pets, despite what you may have seen on television.

Just ask Las Vegas showmen Siegfried and Roy. Roy Horn’s career was cut short when he was mauled by a white male tiger named Manticore. Roy’s comatose body was taken backstage by the tiger in 2003.

Animal handler Chris Lawrence believes that the showman had neglected to spend time with the animal for several years, weakening the necessary bond between the tiger and the performer.

“The handlers were of the opinion that Roy treated the cats like props rather than honoring them for who they were,” Lawrence stated.

What transpired that night is the subject of many different stories. But they all end the same way, with horns being rushed to the hospital for extensive surgical treatment.

Horn required brain surgery after losing a big amount of blood due to the large puncture wounds on his neck.

There are myths stating that cats fear water, tigers seem to enjoy water quite a lot. They’re great swimmers, and enjoy cooling themselves off. Therefore, I wouldn’t recommend you jump into the water as that will not be a safe place to hide.

Unlike other jungle cats, tigers cannot climb trees. So you may be safe if you climb high enough that the tiger can’t reach you. If you encounter a tiger that has escaped from captivity, don’t assume it’s domesticated and friendly. They just might be as dangerous as the ones in the wild.

Don’t pretend to be dead. This is an easy lunch for the tiger. If you’ve been chased and grabbed by a tiger, put your hand right into its mouth. This will cause a gag reaction, which will prevent it from biting.

The good news is, tigers are more afraid of attacking a human than a lion, especially if they aren’t familiar with humans, and haven’t learned how easy it is to catch and kill us.

But, You’ll need a different survival strategy if you happen to come across a lion