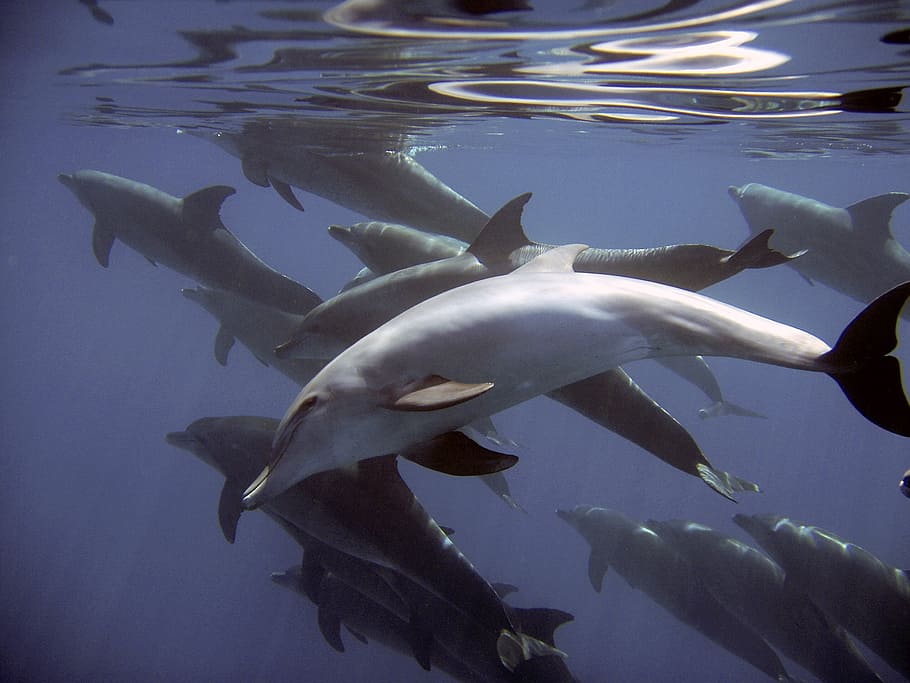 One would think Sharks are the ocean’s top apex predators, but unfortunately, even sharks fear for their life’s sometimes and prefer to avoid paths with the bottleneck dolphins altogether…

Of course, bottlenose dolphins are cute, smart, and playful marine mammals, but they can be aggressive if they feel threatened in any way, shape, or form.

But why are sharks afraid of cute and playful dolphins, I wonder?

If sharks and dolphins were to go head to head in a fight, dolphins will come out victorious and this is because they are flexible, intelligent, move In pods, and can easily outmaneuver a shark.

The dolphin has a vertical rear fin that gives it is excellent flexibility.

Whereas a shark isn’t as flexible. Why are whales afraid of Orca?

Bottlenose dolphins have another advantage over the shark in that they have a snout.

The snout of a dolphin is very effective against predators like sharks in that they can deliver a strike with it.

Dolphins use their snout to hit the shark’s belly and this will cause internal bleeding in the shark, or even worse can severe its gills making it difficult for the shark to breathe underwater.

Some sharks get lucky in some instances and flee away.

Sharks would prefer to avoid dolphins altogether but in the event that a shark wants to show its predatory skills, the dolphins would therefore show their intelligence and ability to outmaneuver the shark. Why are Sharks afraid of Dolphins?

Top 7 most venomous snakes in the world