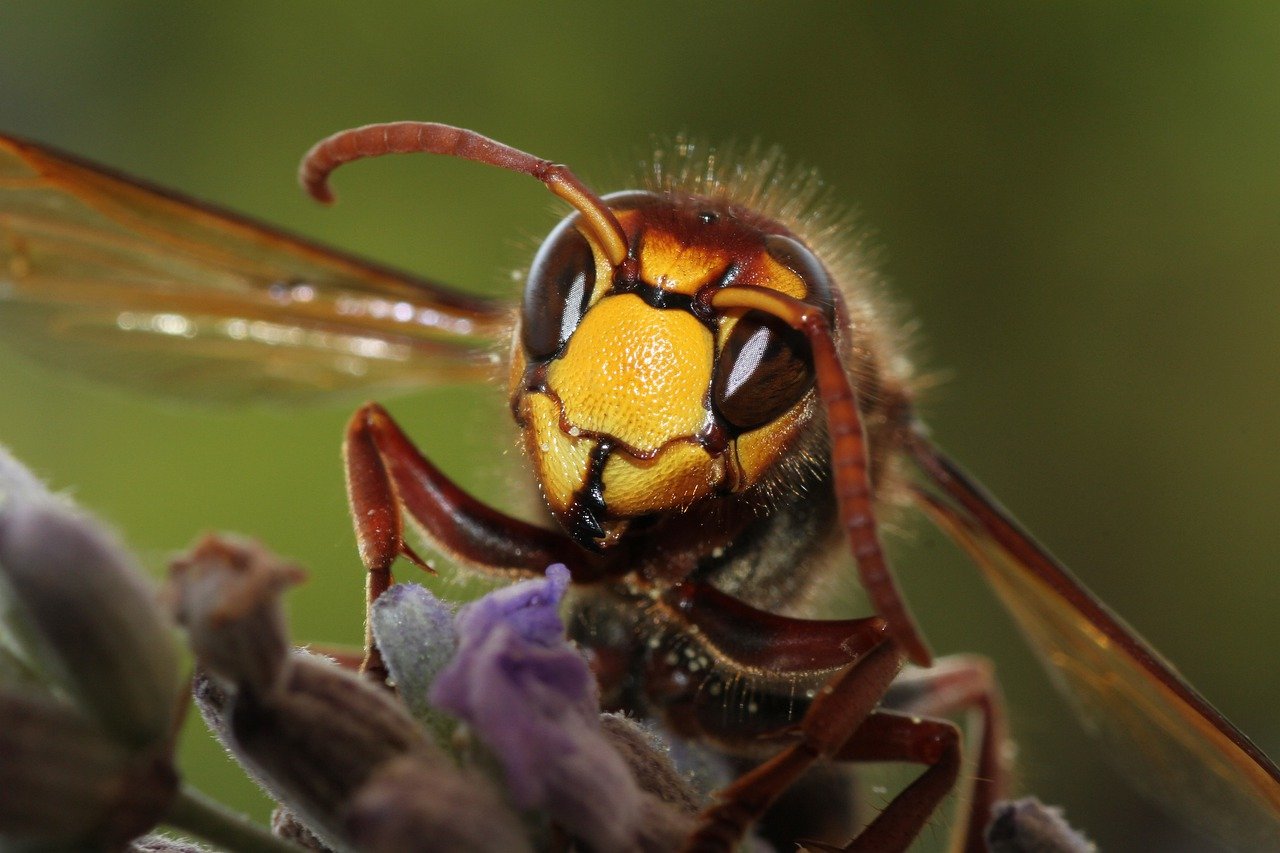 Has been spotted not just in the US, but also in British Columbia, Canada. A few of these monstrous insects, with their wingspans of up to 7.5 cm (3 in), can wipe out a complete honey bee hive in only a few hours.

A single hornet can kill as many as 40 bees per minute due to its large mandibles, which can quickly strike and decapitate prey. The honey bees’ defensive stings are ineffective because the hornets are five times their size and heavily armored.

The stinger of the Asian giant hornet is about 6 mm (0.24 in) long, about 50 percent longer than the stingers on other wasps, bees, and hornets. Its sting has been described as feeling “like a hot nail being driven into my leg”, and takes about 36 hours to ease off.

While a single Asian giant hornet cannot inject a venom dose lethal to most humans, multiple stings can be fatal, especially to people vulnerable to anaphylactic reactions.

Symptoms that require emergency treatment include trouble breathing and swallowing because of swelling of the face, throat, or any part of the mouth or tongue, as well as a rapid pulse and a sharp drop in blood pressure.

People stung more than 10 times should seek medical help. The stings can cause kidney failure and damage to other organs. In 2013, stings by Asian giant hornets killed 41 people and injured more than 1,600 people in Shaanxi, China.

These Insects are huge and are about 1.7 inches long with a wingspan of roughly three inches plus a quarter-inch long stinger… They are the giants of the insect world, media refers to them as killer hornets…10 Toughest Animals on Earth

It is believed that Asian giant hornets have existed on our planets since at least the myosin period that is they’ve been living with us for a long time.

How dangerous are Asian giant hornets?

Asian Giant Hornet is the largest of all Hymenopterans. like other wasps/bees, they produce a cytotoxic peptide that damages or dissolves human tissue. This Hornet, unlike other wasps & bees, does not lose its very large stinger, and thus, can sting multiple times. The pain is likened to a red-hot Nail going through one’s skin. The hornet stinger is so long and strong that it can easily pierce clothes. They can also spray venom into a person’s eyes.

The good news is that the venom of Asian giant hornets is less toxic than some other species.

The Asian Giant Hornet is responsible for 25–40 deaths in China. Multiple stings of this Hornets potent toxin affect Kidney function and may cause Acute Interstitial Nephritis. Injury to the Kidneys or Renal Failure may occur, so without rapid medical attention, someone with multiple stings may or may not die, but their Kidneys can be destroyed, requiring dialysis. Kidney Dialysis, Plasma Exchange & Oral Methylprednisone.

Is there a cure for Asian giant hornet stings?

It was difficult to find any other treatments..most information on this thumb-sized Hornet, go into the severity & pain of its’ sting, and mentions that anyone affected requires immediate medical attention. So far, there doesn’t seem to be any ‘cure’, which I imagine would be an anti-venom, such as those used in venomous snakebites. That would be a good Ph.D. dissertation..to develop an anti-venom for this Hornet.

Sorry, there is no easy or straightforward cure for the potentially LETHAL sting of the Asian Giant Hornet.