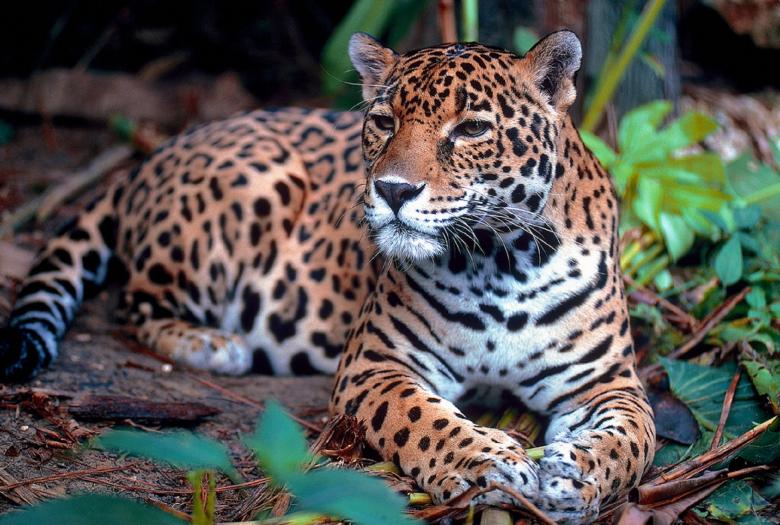 A lot of people might wonder what would happen if a Jaguar vs Anaconda fights to the death.

Jaguar vs Anaconda who would win?

Both Jaguars and Anaconda live in the Amazon Rainforest and so oftentimes they come in conflict with each other.

The Jaguar and Anaconda oftentimes fight in the wild.

Anacondas are opportunity predators i.e they ambush their prey from the water.

Any prey that comes to the riverside to drink water may encounter the death grip and ferocity of the anaconda.

There are very few animals that can kill an anaconda in the Amazon Rainforest and these animals include the Nile or Saltwater Crocodiles, and Jaguar.

can a jaguar kill an anaconda?

Yes, a Jaguar can kill an Anaconda only if it delivers the first bite to the head of the anaconda.

If the anaconda ambushes a jaguar then the Jaguar dies from constriction, shattering bones, and asphyxiation.

Both the anaconda and the Jaguars are Apex predators in the Amazon Rainforest.

The Jaguar would oftentimes avoid the anaconda because it’s just too big and strong.

A Jaguar would prefer to feed on other animals like caimans, capybara, tapir, wild pigs, and cattle.

But only in severe circumstances and lack of food would a jaguar dare to kill an anaconda and when it does, he goes for an immediate kill to the head, breaking and shattering the skull of the anaconda.

Bite Force of Jaguar vs Anaconda

With a bite force of 1500psi, the jaguar has the strongest jaws among all felines.

The bite force of an anaconda is estimated to be around 900 psi at best.

That’s still a considerable strong bite force but still lower in comparison to the Jaguar.

Weight of Jaguar vs Anaconda

Jaguar on average is said to weigh around 57-113kg.

While the anaconda weighs around 250kg.

The green anaconda is the largest of all anacondas and the females tend to be larger than males.

The Anaconda is swift and fast in the water but sluggish on land.

With their stocky body and huge weight, they’ll curl around the Jaguar, constrict, and drown it.

The Jaguar would be less powerful while in the water and unable to fight the anaconda.

Who would win in a fight between A Jaguar vs Anaconda?

An Anaconda has the upper hand against a Jaguar while in water.

But the reverse is the case if the Jaguar fights an anaconda on land.

The Jaguar would kill the anaconda with an immediate bite to the skull.

The Jaguar is a fast and swift hunter, one with sharp claws and the most powerful bite force.

Anacondas hide in muddy water waiting patiently for jaguars or any animal to come for a drink, their eyes are located above their head so it’s almost impossible to see them in the water.

Any animal that comes too close will meet a swift and immediate attack from the anaconda.

The anaconda usually grabs its prey with its teeth first.

It’s important to note that the teeth of an anaconda are curved backward and so once it has a hold on you it’s almost impossible to get free from it.

SALTWATER CROCODILE VS GRIZZLY BEAR – Who Will Win a Battle?

5 Animals That Could Defeat a Sperm Whale