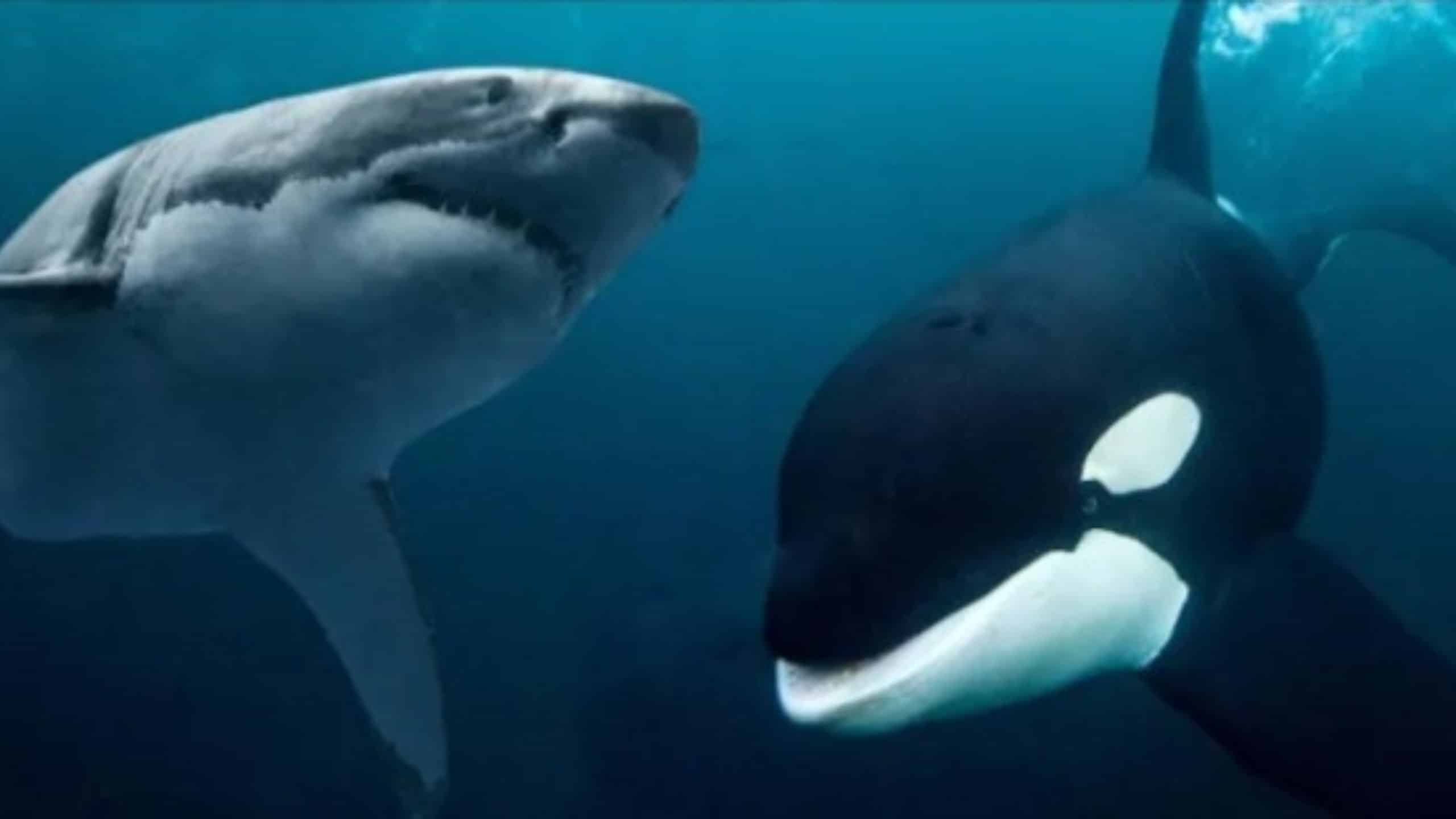 Meet the supreme predator on our planet, the Killer Whale

Orcas (Orcinus orca) are commonly referred to as killer whales, despite the fact that they almost never attack humans.

In fact, the killer whale got its name from ancient sailors who saw them hunting in groups for large whales.

Orcas are now recognized as one of the most widely distributed mammals on the planet, inhabiting every ocean.

They are extremely social, diverse, and ferocious marine predators whose diet includes everything from penguins to great white sharks.

The largest members of the dolphin family are orcas. Males are larger than females, but size and weight vary depending on the type of orca.

Orcas are distinguished by their long dorsal fin (the fin on the back of the animal) and black-and-white coloring.

The black-and-white coloring helps in their camouflage by obscuring their outline in the water.

A patch of gray just behind the dorsal fin is known as a “saddle” because it resembles a riding saddle.

The body of an orca is cylindrical and tapers at both ends to form a hydrodynamic shape.

This shape, combined with the orca’s large size and strength, makes it one of the fastest marine mammals, capable of exceeding 30 knots (about 34 mph, or 56 km/h).

Orcas have enormous teeth that can grow to be 4 inches (10 centimeters) long.

How powerful is a killer whale?

There is one deadly and massive species that lives in the world’s oceans that is far more dangerous to all and the apex predator of the seas.

This species is known as the killer whale or orca, and it is an unstoppable killing machine due to its brute strength, large size, amazing abilities, teamwork with other orcas, and is one of the most intelligent creatures in the animal kingdom.

Most delphinids have outstanding endurance, but orcas are the most durable of all cetaceans and possibly any animal.

They can swim at top speed or fight for more than 5 hours continuously.

When orcas hunt in the open ocean, far from any coast or shallow water where their prey can hide, they use their superior endurance to exhaust their prey before killing it.

That is why orcas spend so many hours chasing prey that is sometimes much smaller and slower than them, such as other dolphin species.

Because it has no known predators, the killer whale is classified as an apex or alpha predator, which means it can hunt without fear of being attacked by another marine animal. In other words, the killer whale ranks first among marine mammals.

How smart is a killer whale?

Orcas use their many attributes to hunt a wide variety of animals depending on their location in the world.

Orcas have learned to hunt seals, birds, polar bears, whales, and even great white sharks after adapting to their environment.

Orcas frequently hunt together in their pod. Orcas also have the second largest brain among ocean mammals, making them extremely intelligent.

In fact, killer whales have one of the most stable social structures of any animal species, and their cultures are sometimes compared to those of humans and elephants.

The fact that orcas hunt using echolocation is a final feature that adds to their impressive set of abilities.

Another fact that shows how incredibly intelligent orcas are is that they are one of only a handful of species that has the cognitive ability to recognize their own reflection in a mirror.

Elephants, some primates, and dolphins are also examples of animals that can recognize themselves in mirrors.

Orcas are dolphins, and like some other dolphin species, they have the extremely rare ability to see themselves.

What and how do killer whales hunt?

Now that you have full knowledge of a killer whale’s physical and mental capabilities, you can see why they are the ocean’s top predator.

Orcas use all of their amazing abilities to hunt a wide variety of prey depending on where they live in the world.

Killer whales adapt and learn in any environment in order to hunt whatever prey exists in that area.

For the first time, a new study has confirmed that killer whales successfully hunted the world’s largest mammal, the blue whale, off the coast of Western Australia.

The three separate killings, which were documented in the journal Marine Mammal Science, occurred off Bremer Bay in March and April 2019 and March 2020.

They are the first documented cases of blue whales being preyed upon by another wild animal.

There have been reports of killer whales, also known as orcas, attacking and trying to intimidate blue whales.

Until now, there has never been a confirmed kill of an adult or calf. Hunting and killing the world’s largest animal is no easy task.

See also: Why are Sharks afraid of Dolphins?

The adult blue whale hunted in the first attack measured 20 to 22 meters in length, making it nearly four times the size of a standard killer whale, which can grow to seven meters in length.

Shortly after the death of the young blue whale in the second attack, a killer whale inserted its head into the whale’s mouth to feed on the tongue.

Although this is thought to be the first time humans have witnessed and documented killer whales attacking and successfully killing a blue whale,

The shoreline is home to sea lions and elephant seals, and the shallows are not safe from orcas.

Orcas can capture these seals by deliberately beaching themselves in areas where they should be safe from predators.

Orcas achieve this by catching seals in the shallows off guard with their incredible speed and incoming waves and grabbing them before they have a chance to flee.

See also: Why Are Whales Afraid of Orca?

Orcas use their ability to rapidly accelerate to their advantage when hunting great white sharks.

They approach from the side, catching the shark off guard by ramming it as hard as they can on its side.

The shark flips upside down as a result, and the orca simply holds the shark upside down in its mouth.

When many shark species are turned upside down, they discover “tonic immobility.”

So, once the shark is flipped over, it no longer resists, and all the orca has to do is hold it upside down until it suffocates.

Orcas – The ocean’s most powerful predators

One of the ocean’s most powerful predators can be brought to its knees in a matter of seconds by a single killer whale.

Orcas are known as killer whales for a reason: their ability to find ways to murder almost any species in their realm is incomparable to any other animal in the animal kingdom.

Orcas can hunt almost any species in the ocean thanks to a combination of superior physical abilities, one of the smartest minds of any species, and incredible teamwork.

Wolverine vs Tasmanian Devil fights to the death