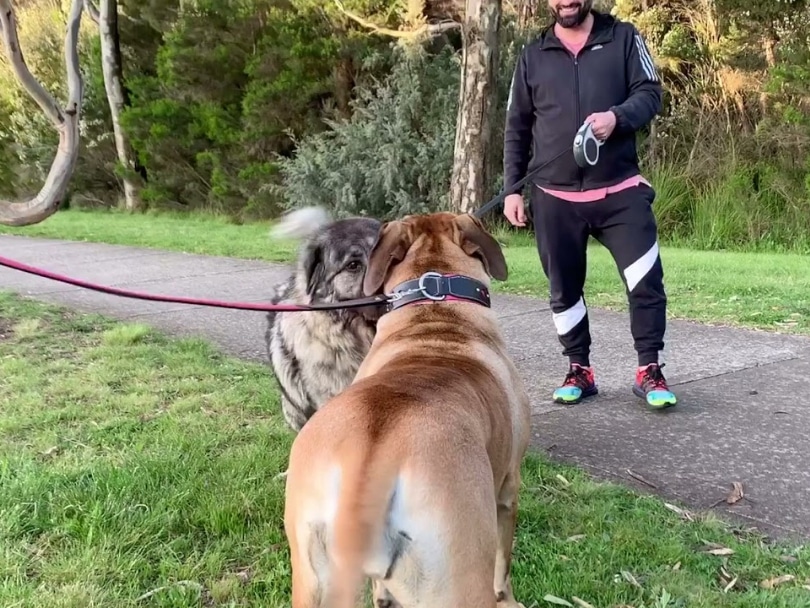 The Caucasian Shepherd Dog or Caucasian Ovcharka is a breed of large livestock guardian dog native to the countries of the Caucasus region, notably Georgia, Armenia, Azerbaijan, and Dagestan.

The Caucasian Shepherd has a Powerful, Strong, Alert, Quick, Dominant, and Calm Temperament.

How aggressive are Caucasian shepherds?

Caucasian Shepherd can be highly aggressive in nature if perceive as a threat. Training and socialization are critical for this breed, but it still can be difficult to quell their protective instinct.

Is a Caucasian Shepherd a good family dog?

Caucasian Shepherd Dogs can be loving family pets that are very loyal, even toward children, but it is very important to begin their socialization training early. They are good with children and other pets.

How much does a Caucasian Shepherd cost?

Caucasian shepherds are not cheap. The cost of a pedigree Ovcharka puppy ranges from $1,000 to $3,000 from a breeder according to veterinarians.org

Is the Caucasian Shepherd the strongest dog?

The Shepherd, also known as a Caucasian Ovcharka and Russian Bear Dog, is among the largest and most powerful dogs. Regarded as “brave and strong-willed”, they are extremely strong and originate from the Caucasus Mountains where they were used to protect livestock from wolves and bears.

What is the bite force of a Pitbull Terrier vs a caucasian shepherd?

With a bite force of 235 PSI, the American Pitbull Terrier’s bite is no match for the Caucasian Shepherd’s bite, although it is renowned for its steel-trap jaws.

If face to face, a Caucasian Shepherd is definitely the stronger opponent when it comes to size, disposition, and bite force.

In a dog fight, The bite force is one of the determinant factors to determine which dog is stronger, and the Caucasian Shepherd Dog can produce a bite force of 500-750 psi. However, it is not the only dog breed that produces this much force during a bite. Kangal is another formidable dog breed.

The Boerboel is a large, mastiff-type dog from South Africa with a black mask and a short coat. This breed is large with a strong bone structure and well-developed muscles. Its head appears blocky with a short length between the stop and nose.

Is a Boerboel a good family dog?

They are loving with family members, and gentle and playful with children. But as their guard dog role suggests, Boerboels are fiercely protective when they suspect a threat to their home or people.

They require consistent training and socialization from an early age so they are manageable and well-mannered.

Is a Boerboel the strongest dog?

The Boerboel, pronounced Boo-r-bull, is a large guardian dog which is also known as the South African Mastiff.

An impressive breed, they are one of the most powerful dogs in the world, exerting more than 450 pounds of pressure per square inch (PSI) when they bite.

What two breeds make a Boerboel?

In the early 20th century, a dog crossed between a Mastiff and Bulldog resulted in a Boer Hunting Dog or Boer Dog

How much is a Boerboel dog?

Boerboel puppies might range in price from $1,200 to $3,200 or possibly more. Always look for a breeder that is responsible and reputable, and be sure to avoid puppy mills.

So in terms of Weight, bite force, and temperament who would win? A Caucasian shepherd or a Boerboel dog?

I’ll leave that for you to decide.

How To Care for Senior Golden Retrievers

Pitbull vs. German Shepherd: Which Is Best for You?