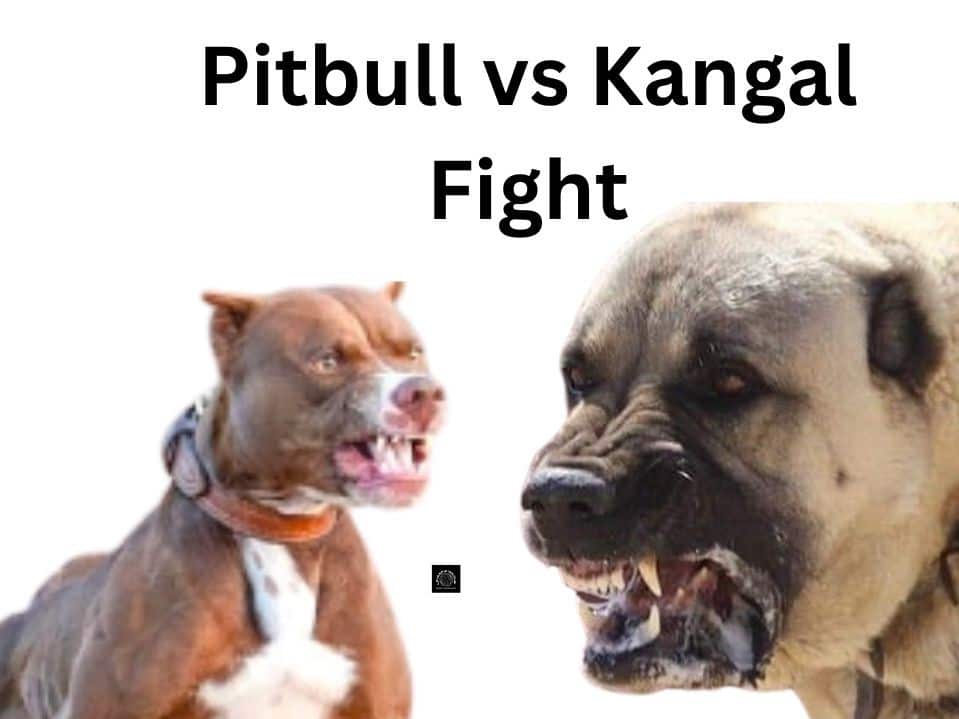 Kangals and Pitbulls are two breeds that are often compared due to their physical strength and powerful builds.

The Kangal is a large, ancient breed from Turkey that has traditionally been used as a livestock guardian dog. Pitbulls, on the other hand, have a more controversial history, having been bred for bull- and bear-baiting, as well as dog fighting.

In this article, we will compare the physical characteristics and strengths of Kangals and Pitbulls to gain a better understanding of these breeds.

We will also touch on the importance of responsible ownership and proper training, as well as the reminder that breeding and promoting dog fighting is illegal and ethically not sound.

Description of the Kangal Breed

The Kangal is a large breed, with males standing at around 30-32 inches at the shoulder and weighing around 130-145 pounds.

The coat is thick and double-layered, with the outer coat being coarse and the undercoat being soft. Kangals typically have a solid Sable, Fawn, or Steel gray coat color.

Description of the Pitbull Breed

The Pitbull breed is smaller in size than the Kangal, with males standing at around 18-21 inches at the shoulder and weighing around 35-60 pounds.

The coat is short and smooth, and Pitbulls come in a variety of colors such as brindle, black, white, brown, and more.

Comparison of the Physical Characteristics

It is clear that the Kangal breed is much larger than the Pitbull breed. The Kangal’s thick, double-layered coat is also distinct from the Pitbull’s short and smooth coat. The coat color of Kangals is also more limited than Pitbulls.

The Kangal breed is known for its powerful build and large size. The breed is considered to be one of the strongest dog breeds in the world, and its strength is further augmented by its role as a livestock guardian dog. It is also known for its strong bite force.

The Pitbull breed is also known for its strong and powerful build. Historically, they were bred for bull- and bear-baiting and dog fighting.

Their strength and tenacity made them well-suited for these tasks. Pitbulls also have a strong bite force.

Comparison of the Strength

Both Kangals and Pitbulls are known for their strength and powerful builds. However, the Kangal’s larger size and role as a livestock guardian dog give it an edge in terms of overall strength.

It’s important to note that the strength of a dog depends not only on its breed but also on its individual characteristics and the environment in which it is raised.

Role of Breeding and Training

While the Kangal and Pitbull breeds are naturally strong, it’s important to note that proper breeding and training play a crucial role in developing a dog’s strength.

Responsible breeding and training are also important for ensuring a dog’s overall health and well-being, as well as its ability to properly interact with people and other animals.

In conclusion, Kangals and Pitbulls are two breeds that are often compared due to their physical strength and powerful builds. Kangals.

As a reminder, breeding and promoting dog fighting is illegal in most places, and ethically not sound. These breeds are raised as companion animals, and it’s crucial to remember that the behavior of a dog depends on how they were raised, socialized, and trained.

Pitbull vs Dogo Argentino in epic fight to the death.