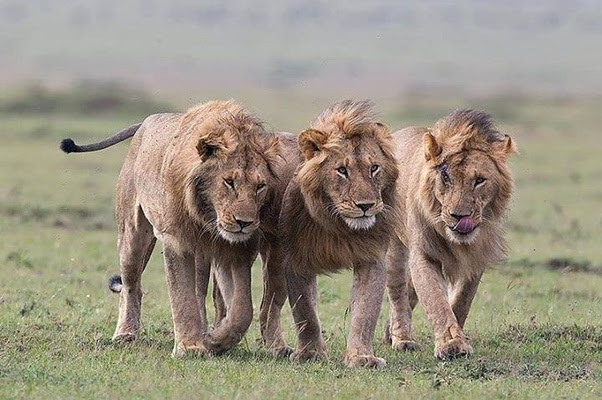 The reason why Lions gang up against a single lion

Do lions gang up against a single lion in the wild? Why?

The Life of Male Lions in the wild

When male lion cubs reach full maturity at around two to three years of age, they become outsiders from their maternal pride and are left to embrace the life of nomads, during which they prowl the savanna-like hyenas, in search of a new pride and territory to rule over.

The size of these coalitions usually varies between two and seven individuals, probably more. But whatever the number, these lions form altogether the most powerful force in the land, ready to launch a deadly assault in order to assume the throne.

Sure enough, these coalitions work altogether to gang up against the resident male lions and eventually overthrow them.

And the most common case scenarios unfold when the coalitions confront only one resident male – indeed because he is now of great age (meaning he has grown too old).

The resident lion is no longer as strong nor fearsome as he once was, and is now obliged to become vulnerable, for there’s little he can do against the younger, stronger, and much more numerous nomadic males. It’s truly the strength in numbers.

A vicious fight between male lions

A vicious fight during which the resident male affords to lose not just his power and pride, but his life as well.

And so, the sole hope he has for survival lies in running away, leaving his former pride at the hands of the new males, without ever coming back – if he is to ever return again, he’ll be shown no mercy.

Related: Lions or Tiger which is better at hunting prey

lions gang up against a single Lion

Moreover, the fact that lions gang up against a single lion occurs not only with coalitions of nomadic males but also occurs when the lionesses are protecting their cubs.

Let’s not forget, that if a male lion takes over a pride, the first thing he does is to kill all unrelated cubs he finds, so as to ensure that his bloodline survives, not that of another; thus, the lionesses, with their strong maternal instinct, will fearlessly attack the rivals and fend them off.

Last but not least, as we know, lions are territorial, and highly protective of their pride and domains. As such, they don’t take kindly to outsiders, whether they’re males or females; altogether, they can gang up on any unrelated lion they meet, and fight that lion viciously.

3 Animals that can kill venomous snake

Animals that can kill Hyenas in the wild