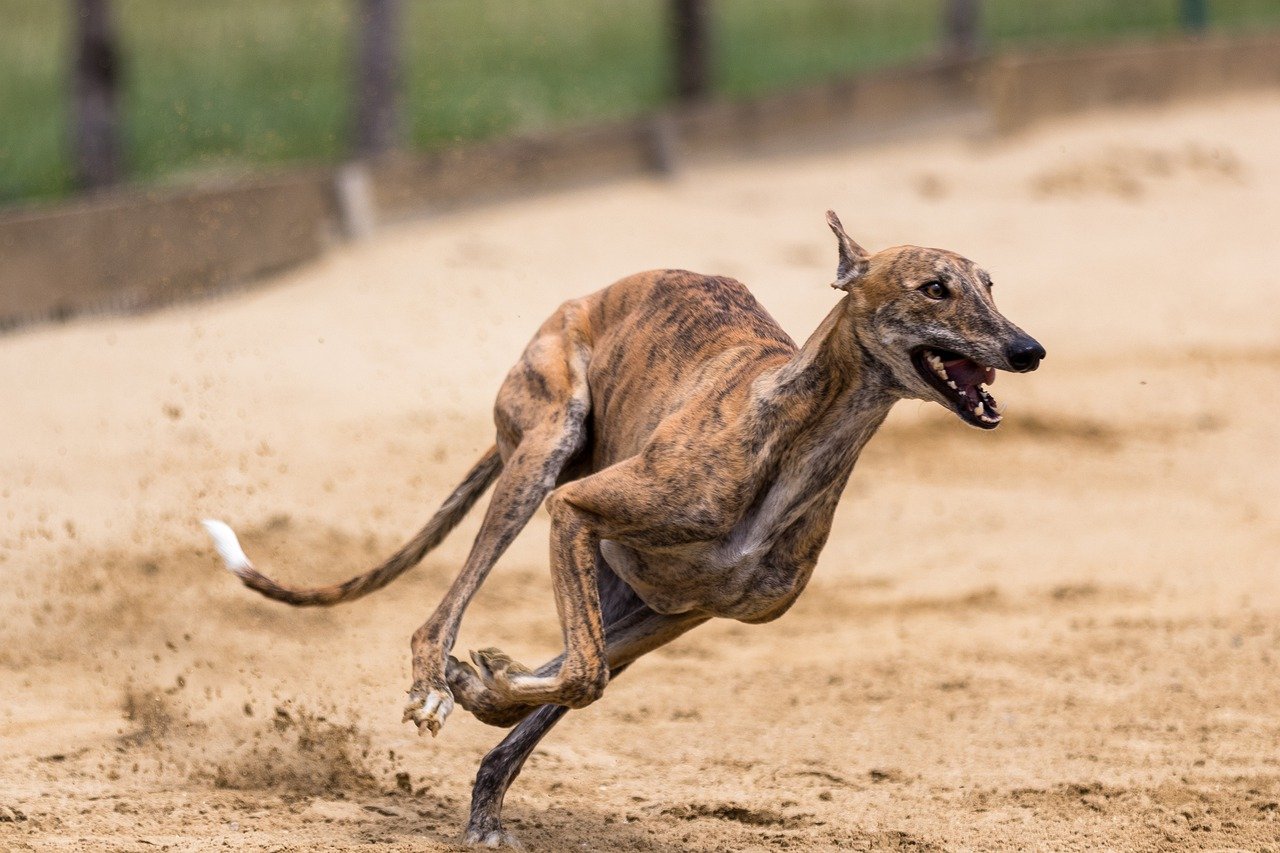 Many greyhounds suffer when they are no longer useful, Amigo narrowly escaped such a fate when he and another greyhound was adopted from the shelter.

The woman who adopted Amigo couldn’t control and tame him. And so, amigo bit a 10-week old puppy.

Amigo’s aggression is directed at dogs, but it’ll turn on anyone who tries to stop him.

Mancha, the woman always puts a muzzle on him every time she goes out; the muzzle is to protect herself, other dogs, and other people.

Amigo’s prey drive is so strong that as soon as he’s out the door he looks for other dogs to attack and he goes into a red zone. Top 15 Dogs With Strongest Bite Force

Mancha had no choice but to return amigo back to the shelter.

Amigo was brought to Cesar Millan; A dog whisperer and professional trainer. In the video you’re about to watch below, Cesar Milan shows how to tame an aggressive Greyhound dog.

Greyhounds are sighted dogs, meaning, anything they see and move they chase, they are sight-oriented; i.e the characteristic of a hunter.

He’s soft but the problem is if he’s on the leash, he attacks other dogs and he goes for them

Cesar needs to evaluate and address this aggression right away to make sure no person or animal gets hurt. THE BEST DOG TIP FOR BEGINNERS (Cesar Millan Dog Tips)

With simple body language, control, and dominance, Cesar did the impossible and was able to calm Amigo, the aggressive Greyhound dog.

Cesar then decided to evaluate how amigo relates to another dog when they are passing by. Cesar then noticed that not only was amigo locking his chest, but he also was high, his neck was enlarged, his ears were forward, and very typical behavior of a greyhound.

They’re gonna go from zero to sixty in no time.

Cesar then allows Amigo’s excitement(aggression) to escalate more than he would otherwise, so they can see him in a peak aggressive state. Greyhounds are normally so powerful, so they become like a little weapon. 10 Dog Breeds Only The Brave Can Handle

How to control an aggressive Greyhound

And that’s it guys, I hope you enjoyed the post, make sure you share and comment and join me in my mission of better human, better house pet.

Every dog needs a Dominant Alpha human that can control and tame a strong aggressive dog.

10 Dog Breeds Only The Brave Can Handle