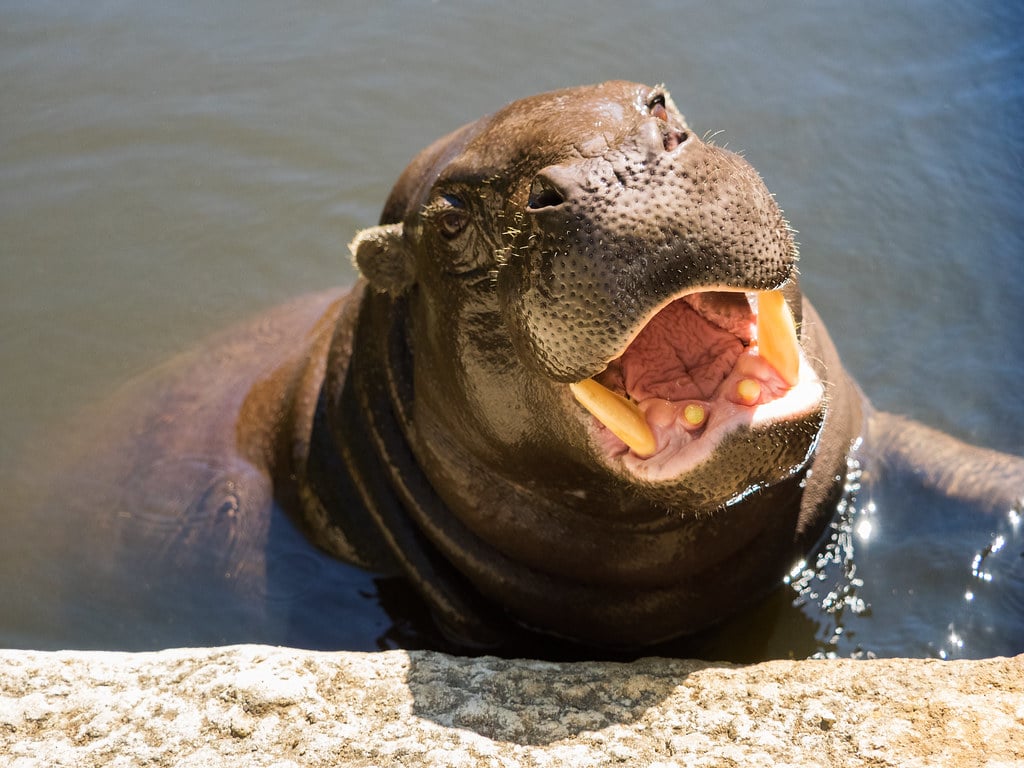 Are you aware of which animal has the most powerful bite?

The bite force is the force that is exerted when our teeth and jaws come together to chew food.

The typical bite force of a human is 120-160 PSI (pounds per square inch). This, however, comes nowhere close to the teeth of many wild animals, which used their teeth to chew, grab, tear flesh apart and crush bones.

Assessing the strength of a wild animal bite force is incredibly tricky: few individuals are willing to take the risk of putting their hands into a hippo’s mouth or connecting electrodes to an aggravated crocodile’s jawbone.

Nonetheless, by monitoring animals in the wild and running computer simulations, a more-or-less precise estimate for a given species’ bite strength, expressed in pounds per square inch, can be determined (PSI).

It’s no surprise that the strongest jaws in nature go to apex predators at the top of the food chain. and collecting hard data on the force of their bites can be a challenging and risky proposition. Just to name a few below.

The 6 strongest animal bites in the World

It is not so much the teeth, but the massive neck and jaw muscles that give the gorilla one of the most powerful bites in the primate kingdom.

Yes, they’re herbivores, however, their diet consists of foods like vegetables, plants, and bananas:

Gorillas can chew heavy shoots, bark, nuts, tubers, and other fibrous foods because of their robust teeth. Long, sharp canines are largely shown in adult males.

America’s largest cat also has the most powerful bite of any wild feline. Unlike other cats, who usually go for the throat to kill their prey, Jaguar goes for the head.

The jaguar makes its kills by biting the victim’s skull, and its teeth can puncture a turtle’s shell.

With two-foot-long tusks, a mouth that extends 180 degrees, and a bite that can smash an entire watermelon like a grape, this monster can destroy a complete watermelon in one bite.

Hippos have the most powerful jaws of any herbivore in the world.

Hippos are territorial and highly aggressive animals that are particularly antagonistic to crocodiles, with reports claiming that they can bite a 10-foot croc in half.

Females’ bite force is measured at 1,800 PSI, however, males have been deemed too dangerous to be tested.

Alligators in the United States reside in the south-eastern States, primarily in Florida and Louisiana, where they inhabit rivers, lakes, and swamps.

Erickson and his team used a specially constructed bite force transducer to measure the bite force.

which he likens to “an expensive bathroom scale” wrapped in “protective layers of bull hide”, between the jaws of multiple crocodile specimens.

A 17-foot saltwater croc recorded the greatest magnitude of the force at 3,700 PSI.

In 2008, a group of Australian scientists led by Steve Wroe employed advanced computer modeling to determine the bite force of the Great white shark.

A 21-foot great white shark can create approximately 4,000 PSI of bite force, according to several x-ray pictures of shark skulls.