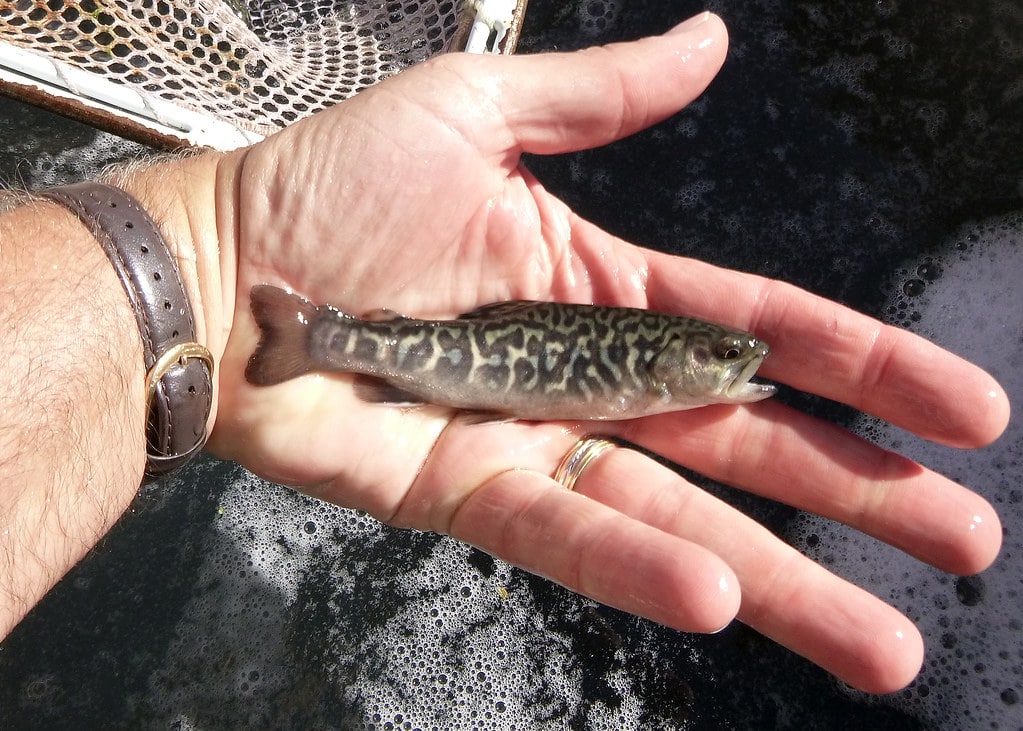 Have you ever heard of a fish-like creature with tiger-striped skin? Are you familiar with the term “piscivorous animal and anomaly creatures“?

The best fish for hire in terms of fish population control is the tiger trout, which is a fish-eating animal.

These trout are infertile, according to Wikipedia, therefore ;

how are they able to produce offspring?

An intergeneric hybrid is exemplified by

“Matings between various genera, such as sheep and goats, produce intergeneric hybrids. Hybrids between chickens and guineafowl or pheasants, for example, are reliably described but extremely rare.”

Wouldn’t it be interesting to learn how the Tiger Trout obtained its name?

Brown trout (Salmo trutta) is a salmonid fish native to Europe that has been widely introduced into suitable settings around the world. Caspian Tiger

The brook trout (Salvelinus fontinalis) is a freshwater fish that belongs to the char genus Salvelinus, which is part of the Salmonidae family. It is native to the United States and Canada’s Eastern North America. ZEBRA SPIDER

1 Tiger trout are the result of a cross between (Salmo trutta x Salvelinus fontinalis).

2 These are unusual organisms that are frequently referred to as anomalies by experts.

3 They are created in the hatchery using artificial selection, which involves fertilizing brown trout eggs with brook trout milt.

4 The survival rate of this fertilization technique has grown from 5% to 85%. These fish are primarily targeted for sport fishing.

5 They are sterile and piscivorous

6 They are Fish-eating animals