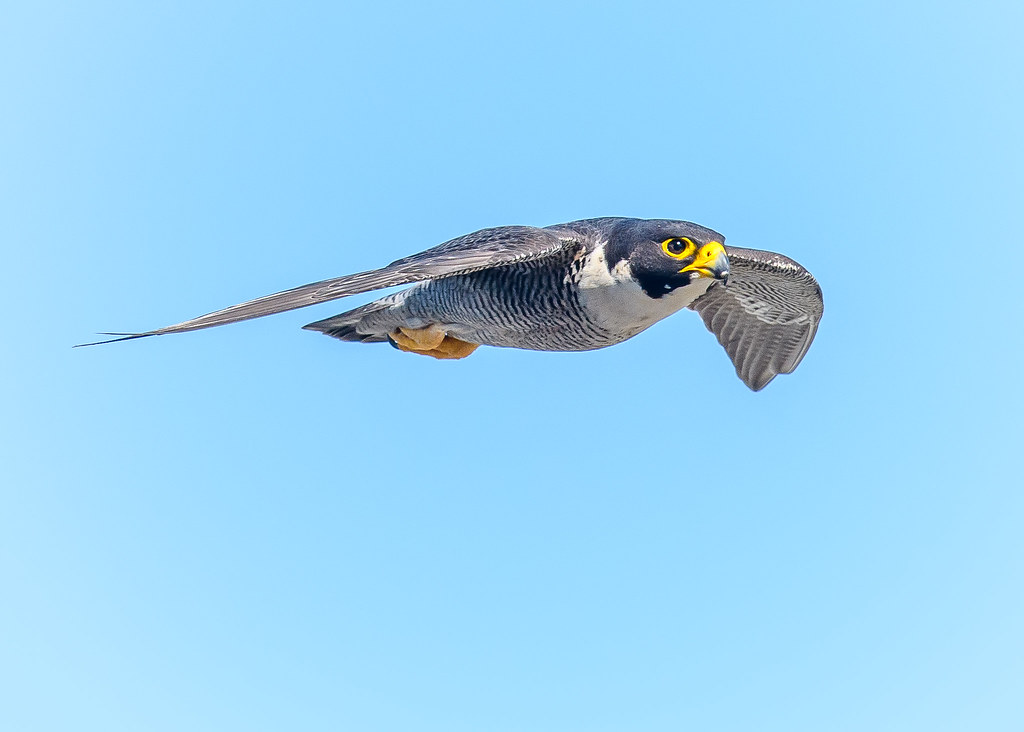 As you know flying has always been man’s greatest dream and these winged friends have been an amazing inspiration now read them yourself and find out which is the fastest.

You’ve surely seen many of these little ones in the middle of your city, the countryside, or perhaps even the jungle hummingbirds besides being small and adorable birds are pretty difficult to see up close right?

Anna’s hummingbirds can fly up to 89.5 feet per second which is about 61 miles per hour. It’s quite fast and known for using its speed to court females.

How could she not be impressed? an anna’s hummingbird flutters its wings 20 to 50 times per second and sometimes up to 100 times.

Researchers have proven this by taking pictures at high speeds, imagine the energy these little ones need to flutter so much.

This gray-headed friend is from the albatross family it’s a large bird and a fan of the cold southern seas you can recognize it as an adult since it has a gray head with thick black underwing margins. 10 Most Beautiful parrots on Earth

It is big but that doesn’t stop this our southern friend from flying at great speed to hunt its prey which is mostly fish, squid, and krill.

The grey-headed albatross can reach an incredible speed of 78.9 miles per hour. It can also dive as deep as 23 feet into the ocean to fish but doesn’t do so frequently.

This bird is a medium-sized sea duck with a long narrow and serrated bill, the most outstanding feature of this duckling is that shaggy press that gives it a unique and cool look it’s as if it used waterproof gel to have spiky hair.

The red-breasted merganser is native to northern Europe, Asia, and America as well as parts of central Asia, it usually eats fish by diving with its wings.

But what’s most surprising about this bird is its flying speed since it can reach 80 miles per hour not bad for a little duckling.

This is a pretty weird-looking goose just look at it, instead of showing a classic elegant look and beautiful colors,

Colorful and invasive you most certainly have seen this buddy anywhere in the world walking around and eating everything in its way the rock dove is about 11 to 15 inches long and has a wingspan of 24 to 28 inches.

Something interesting to note is that wild ones have a weight ranging from 8.4 to 13.4 ounces.

While domestic or domesticated ones yes those you see on the street can weigh more and be fat with a population of millions across the world it’s considered a very skilled pigeon.

The most surprising thing about this winged friend is that its speed can hit 92.5 miles per hour but despite this, it’s still preyed upon by many bigger animals like some on this list.

Unfortunately, this bird has a bad reputation for being a carrier of diseases like avian influenza so you’d better be a little careful

This is a family of light and large birds full of surprises not only do they stand out for their monochrome colors but also the puffy gullar sax males have displayed in plates.

They all have giant wings with an incredible 7.5-foot wingspan and their skeletons barely weigh 4 ounces. 6 Most Strange-looking birds in the world

It’s so light it can soar smoothly over the sea at an unbelievable speed of 95 miles per hour looking for its prey.

The frigate bird usually attacks other birds to make them release their fish so it can catch it before it falls into the water they’re very skilled thieves aren’t they?

A small falcon native to Europe and Asia, the Eurasian hobby is a migratory bird that flies over long distances as it makes a trip to Africa during the cold winter.

It’s 11 to 14 inches in length with a wingspan of 29 to 33 inches and a weight of around 6.2 to 10 ounces, the most remarkable feature about this bird is its speed.

As a good falcon, it’s quite fast and hits 99 miles per hour.

Fun fact, There’s a game called cebutio which is like foosball and it’s named after the scientific name of this bird how interesting that a sport like a game of soccer and falcons are related right?

However, its speed is rather surprising. This Asian bird can reach an incredible speed of 105 miles per hour in horizontal flight.

This makes it pretty fast which is why it spends most of its life hunting fast insects.

It usually migrates from Siberia Mongolia or japan to the rainforests of New guinea or even Australia if you’re lucky enough you could see this bird in Europe or somewhere in Asia.

This is a very popular bird, especially in Mexican mythology. Its descending flight represented the light shining upon the earth and the advent of life energy.

Because of its sacred power, there were elite armies during Aztec times called eagle warriors which were as fearsome as this super fast eagle.

The golden eagle is a species that reaches up to 39 inches long and its wingspan can exceed 7.5 feet. CROWNED EAGLE VS HARPY EAGLE – Which Is The Strongest?

This predatory raptor flies low over cliffs, soars high hundreds of feet in seconds, close their wings, and plunges at an incredible speed of up to 200 miles per hour.

The golden eagle can watch absolutely everything from its nest and nothing escapes its sharp and almost perfect sight, which is one of the best in the animal kingdom.

Imagine being their prey and being unlucky enough to be hunted in a second without even noticing.

This is the fastest bird on the ground, although it doesn’t fly, it’s still a bird and you bet it can run.

The common ostrich native to Africa is so large it can be up to 9.84 feet tall and weigh about 396 pounds.

As you know its wings don’t let it fly but do propel it to sprint, plus its long legs are perfect to clock a speed of 60 miles per hour for a short time.

Now it’s time to meet the bird that can be as fast as one of those European sports cars you always wanted to have.

These predatory raptors hunt from above and after spotting their prey drop into a steep dive that can top the incredible speed of 240 miles per hour.

It carries its name with pride since it lives on absolutely all continents except for cold Antarctica, they can travel an incredible distance of 15, 534 miles in a single year while migrating.

They prefer wide-open spaces like coasts though you could see them in the tundra deserts and even skyscrapers.

Don’t be surprised to see a hawk eating pigeons in your city.

This swift buddy has been a good friend of man for falconry and used in symbiotic art for many centuries.

Did you think birds weren’t so fast?

well, they are and they only need their wings

if you enjoyed this article please don’t forget to comment. Thanks.

SIBERIAN TIGER VS GRIZZLY BEAR – Which is the strongest?