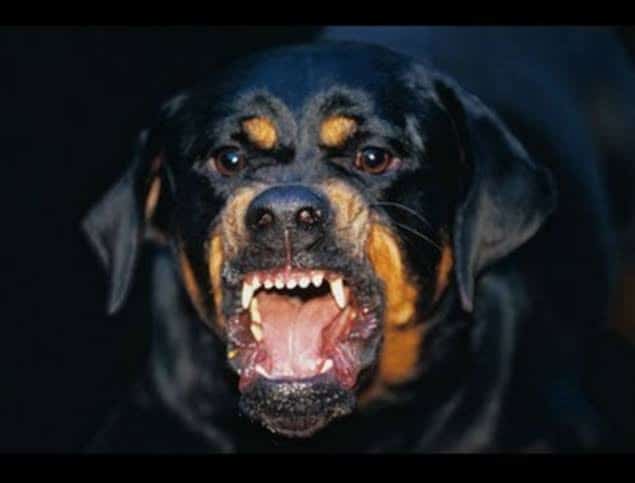 Any dog can be a threat depending on the animal’s upbringing, temperament, and circumstances, although dogs have long been known as human’s best friends. But certain breeds can cause greater harm simply because of their size or the force of their jaws.

Therefore, after careful research, Tweakmaster presents to you the top 12 most dangerous dogs in the world based on their behavior and personality.

It is last on the list, but surely will be surprising for anyone who has seen “Beethoven” movies. Unfortunately, these large dogs with their passive temperaments are not easy to train.

They are very territorial and can only be kept from being aggressive when the owner starts to socialize them with strangers and other animals at a very tender age.

It is also known as African Lion Hounds. However, they are still considered as one of the most dangerous dogs due to their aggressive nature and a strong sense of prey drive. The Rhodesian ridgeback is a large dog that was built for strength and speed in particular.

One of the rarest dog breeds called The Gull Dog originates from Pakistan which is why we don’t see many Gull Dog dogs in the west. Given their size and strength, they are considered one of the most dangerous dog breeds.

This is the most dangerous dog breed as it is known to be a fighting dog. It is also a very rare breed. Because this dog is so dangerous, it has been banned in several countries including the UK, New Zealand, Denmark, Norway, Hong Kong, Australia, and many others.

This big dog is a descendent of the Roman soldier’s dogs used in wars. It has a sleek muscular body weighing up to 110 lbs. The business end of the Cane Corso is its large, intimidating head with powerful jaws. One look would tell most people that this is a dog that could inflict a good deal of damage.

They are one of the best world dogs which are very large and muscular. They can weigh up to 130 pounds and can grow as tall as 27 inches. Unless these dogs are well-trained and well-behaved, they can become dangerous because poorly trained dogs can become very unpredictable.

Weighing up to 75 kg Fila Brasileiro was bred as a hunting dog trained to restrain but not take the life of its prey.

It is often said that they are the most aggressive dog breeds towards strangers if not correctly trained. Given the name Ojeriza, this behavior may be desired by some owners but can make this a particularly dangerous dog breed in the world.

These dog breeds can weigh up to 130 pounds which makes them one of the biggest breeds in the world. Even though their main use was is to pull carts laden with butchered meat to market, they are considered very dangerous because they have a genetic predisposition to guard and herd

This dog breed has once attacked and killed its owner in Tennessee in 2015 only three hours after it was adopted. In 2015 again, this dog breed saved pregnant Kasha Weston after a group of men barged into her apartment with knives. So you see why this dog breed is considered to be very dangerous.

The Doberman Pinscher is a breed of dog native to America and Canada which is recognized for its extreme loyalty, alertness, and intelligence.

They are the type of dogs used in movies to serve as guards where they attack Intruders on command. These dogs are not very aggressive but they are very dangerous especially when someone wants to bring harm to their owner.

They are very large and also among the most dangerous dogs as their heads can sometimes be twice the size of ours. In fact, this dog breed was bred to keep lions and hyenas from picking of their owners’ sheep and cattle, which should tell you something about their strength and fierceness.

The Boerboel tends to be a very passive dog in general, but once settled in with their family they don’t take kindly to anyone they don’t know entering their property.

American Staffordshire terrier AKA the AmStaff or American Staffy is a medium-sized short-coated dog breed that is considered one of the most dangerous in the world because it is quick to get aggressive and bite than most other breeds. The dangerous character of these dogs is the reason why they were banned in several parts of the world

The Pit Bull is a medium-sized, muscular, intelligent, short-haired dog that is considered to be the most dangerous dog throughout America.

Even though these dogs were bred to protect hunters, many people have reportedly died or sustained severe injuries after being mauled by this dog whose early ancestors came from the British Isles.

Which of the dog breeds are you just finding out for the first time and which other dangerous dog breed do you know about apart from the ones mentioned on our list?