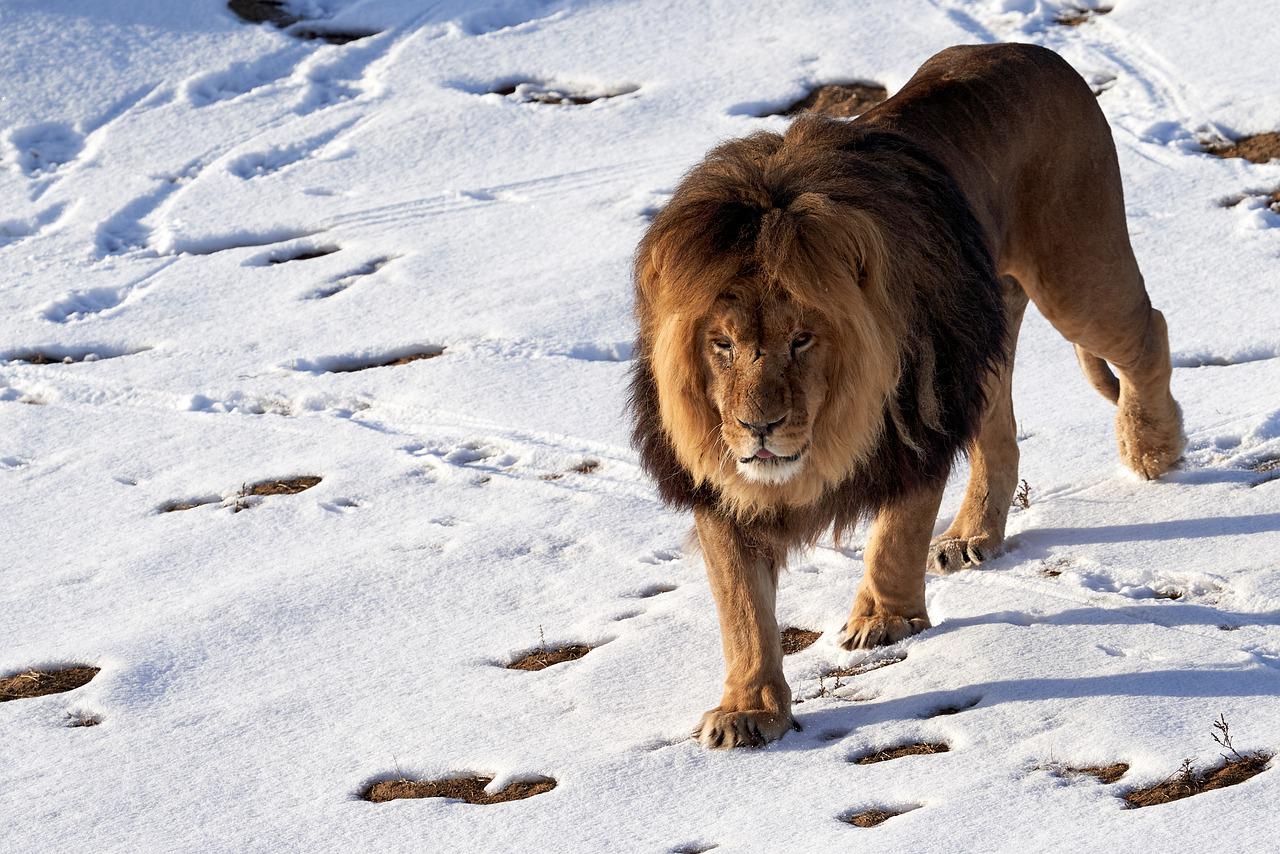 Lions and jaguars are both known as great hunters, stalking their prey with keen instincts and powerful frames to bring down large animals.

But which of these two big cats will win if they were pitted against each other in a fight to the death?

We’ll break down the advantages and disadvantages of both animals to determine who would come out on top in this epic lion vs jaguar fight!

If a lion and jaguar fought each other, who would win?

As one of the largest and most powerful cats in the world, lions are strong enough to bring down a giraffe or gazelle with a single bite.

As agile hunters, jaguars have been known to take down prey much larger than themselves. When pitted against each other, it’s hard to say who would come out on top in a fight.

Lions may have agility on their side but jaguars can certainly hold their own as fighters.

How they attack their prey

Jaguars usually don’t hunt in packs, but lions do. . Both species are carnivores and lions are social hunters that form prides. A lion’s pride consists of one male lion and up to four females with their cubs called young lions.

A lion’s method of attack differs from that of a jaguar in several key ways. Jaguars are excellent climbers and swimmers, able to leap up to 20 feet (6 meters) between trees or across rivers.

Their claws, padded paws, and retractable claws give them superior traction on any surface. When hunting large prey, a jaguar will patiently stalk within 40 feet (12 meters) or so of its prey before springing forward onto its back with fangs bared.

In doing so, it can reach speeds of about 32 miles per hour (50 kilometers per hour), which is much faster than any land animal except for possibly cheetahs and greyhounds.

Jaguars will ambush prey from up to 15 feet away, using cover and stealth until they’re close enough for a powerful leap.

Lions are more likely to simply charge their prey from a distance, often with impressive results.

But who will win in a real fight?

The answer is Lion! Lion and jaguar both have their own distinctive styles of attack that each do better than most other species.

There’s a clear winner between lions’ and jaguars’ fight to the death and it’s the Lion, but one thing is certain the Jaguar wouldn’t want to end up in Lion’s mouth!

The main differences between a lion and a jaguar

Lions are native to Africa and Asia, while jaguars are only found in South America. Jaguars have longer, darker coats than lions (lions have manes) that help protect them from rain and heat.

Jaguars also hunt during both day and night, while lions mostly hunt at night. Both big cats are known for their strength and agility—but a lion’s roar is twice as loud as a jaguar’s!

In an intense fight between a lion and a jaguar, one will likely win—and it would be the lion! Lions are faster, bigger, stronger, and more agile animals than jaguars; they can grab prey with both front paws and kill with one bite.

What it takes to kill each other

The real problem for a jaguar is that he can’t bring down a full-grown male lion. The lion, who weighs around 550 pounds, has brute strength on its side and can kill prey with a bite from its powerful jaws.

Jaguars have teeth designed to crush skulls and suffocate their victims. It takes an army of jaguars to bring down just one adult bull moose.

Jaguars are also smaller than lions—weighing in at around 200 pounds—which doesn’t help them when it comes to a fight.

Lions are one of only two cats (the other being tigers) that roar. A lion’s roar can be heard from up to five miles away and is used for everything from a warning to social communication with other lions.

The size of their home territory—that is, how many acres it takes for them to feel comfortable—varies depending on what type of habitat they live in and their population density, but it can range from 25-to 300 acres.

Lions prefer grassy plains and open woodlands where they can easily stalk their prey while allowing enough space between them so they don’t overheat in their summer coats.

A cat’s behavior depends on its habitat

Lions live in savannas and open grasslands, so they have developed adaptations that help them survive in such environments.

Jaguars, on the other hand, live in rainforests; as a result of their habitat, jaguars are able to adapt more easily. For example, lions often need to conserve energy when they can’t find prey quickly because prey is scarce in their environment.

Jaguars don’t need to waste energy preserving themselves because their habitat provides them with food more easily than lions.

Lions are social animals who live in pride, which take up a large territory and defend it fiercely. Jaguars are solitary creatures, who mark their territory but don’t actively guard it as lions do.

While jaguars have better sight than lions, they also rely on scent more than lions do.

They can tell when another cat is around by smell alone and use that information to avoid fights with other big cats that may be too strong for them (or those carrying diseases).

That won’t help them against lions though, who win out over jaguars not only because of their numbers but also due to their size—lions are much bigger and heavier than jaguars.

Lions are known as the King of the Jungle

Lions are commonly thought of as King of the Jungle, but they only occupy about 20% of their habitat.

But don’t let that fool you—lions can run up to speeds of 45 miles per hour, leap more than 30 feet in a single bound and leap over fences more than eight feet high.

And when it comes down to a kill, lions can take on any animal prey as one: there is no such thing as a lone lion hunter. All in all, it’s a pretty safe bet that the lions will come out victorious(In most cases). Look at what happened When a Jaguar and a Lion fight to the Death

A lion’s habitat is grassland and savanna, open woodlands, with areas of tall grass. As they are social animals, lions live in groups called pride.

Male lions have a unique mane that makes them look incredibly formidable and helps prevent attacks from other predators such as hyenas and tigers.

A male lion is a serious force to be reckoned with because of its size, strength, and sharp claws.

Lions can sprint up to 60 kilometers per hour for short distances—and 30 miles per hour over long distances (14 miles)—so even if you manage to escape its jaws, you won’t be able to outrun it.

Animals That Can Kill a Tiger: See Which Ones Might Surprise You