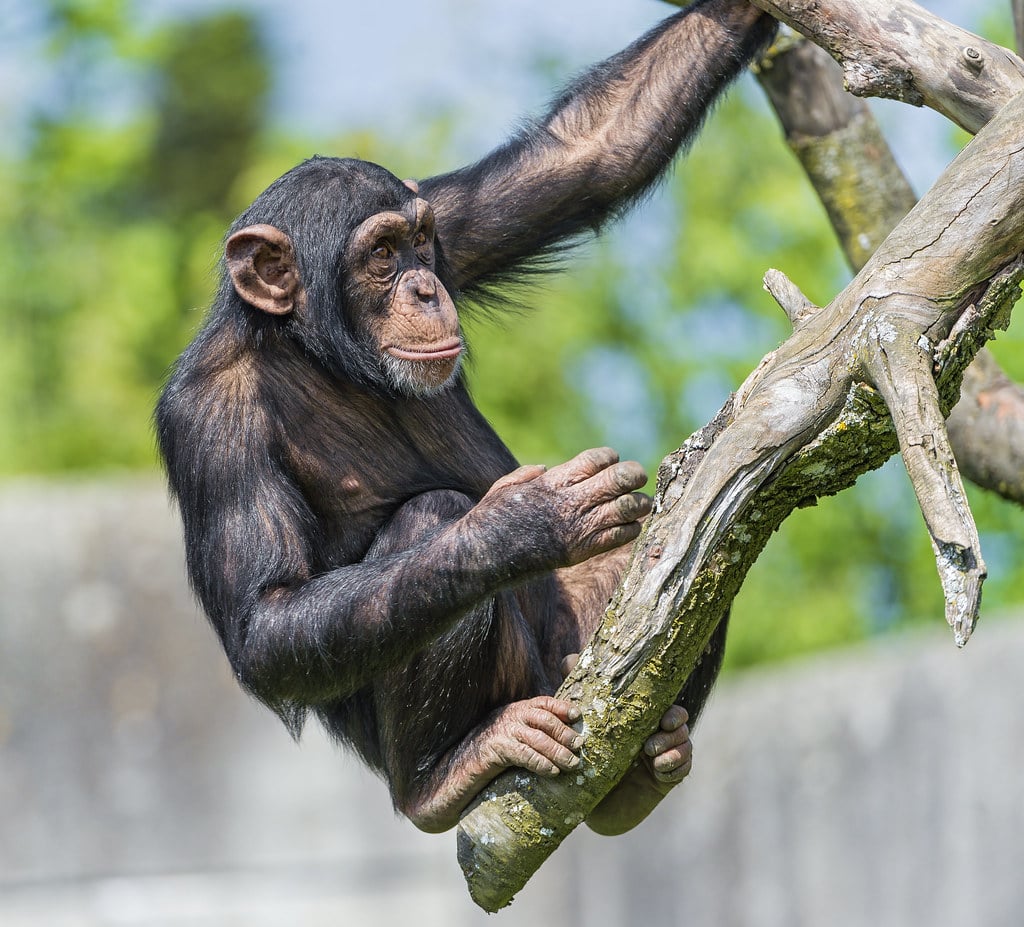 Humans may have large, bulbous brains, yet humans are typically regarded as the weakest of the great apes when it comes to pure muscle power.

Even chimps, who are substantially smaller than humans, have strength levels that are almost superhuman by our standards.

New research reveals how much stronger our monkey cousins are than we are, as well as why their small bodies can pack such a powerful punch. 10 toughest animals on earth

According to new research published in Proceedings of the National Academy of Sciences, chimps are 1.5 times stronger than humans at pulling and jumping exercises.

This strength is the result of how the fibers in chimp muscles are distributed, not of the chimp’s physical form, range of motion, or a newly discovered passion to bench presses and deadlifts.

Because chimps are our closest living ape relatives, these findings shed light on human evolution and explain why we’re such slackers.

For a long time, scientists have known about chimp power, documenting feats of “super strength” in both wild and captive chimps.

Since the 1920s, researchers have utilized pulling and leaping studies to compare chimp and human physical power.

However, they’ve had trouble deciphering the physiological and mechanical causes of the reported variances. How strong is a Gorilla?

Why is Chimpanzee more powerful than humans?

From an evolutionary standpoint, their increased strength makes sense; chimps are accustomed to forest life, climbing trees, and dwelling among the branches.

Humans, on the other hand, abandoned the forest a long time ago, which necessitated a new set of physical and intellectual adaptations.

We’ve become less reliant on muscular power for survival over time, whereas chimps have preserved their tree-climbing and branch-swinging abilities.

Chimp muscles have unique features that affect their power-producing capacities, according to a study published in 2014.

The new PNAS study, led by University of Arizona’s Matthew O’Neill, builds on previous research examining the biology and mechanics of chimpanzee muscular tissue, as well as comparing human and chimp muscle strength.

The findings reveal that the fundamental distinction between chimp and human muscle is fiber dispersion. Chimpanzee Family vs Hyena pack – who would win?

On average, chimps have a substantially higher proportion of rapid fibers than humans.

An analysis of prior experimental research revealed that chimps beat humans in pulling and leaping tasks by a ratio of 1.5 on average.

The simulations and experimental data were merged into computer models.

Chimp muscles produce 1.35 times more force and power than human muscles of the same size, according to research.

This is owing to the chimp’s larger fast-twitch fiber content, which allows for greater force and power but less endurance.

Fast-twitch fibers make up roughly 67 percent of chimp muscle, compared to about 40 percent in humans.

In other words, after our differences in size are taken into consideration, chimps can pull more weight and jump with greater force than humans (an adult chimp weigh about 100 pounds).