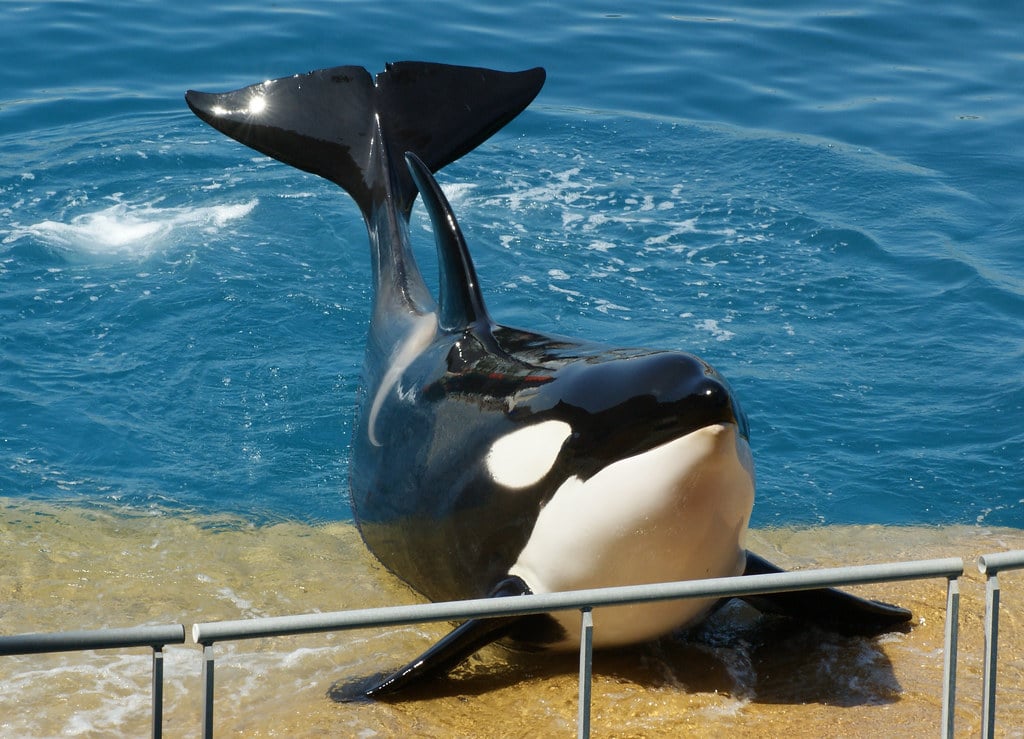 Orcas are not afraid of anything, they dominate and eat everything in their territory like sharks, fish, whales, etc.

They are also the apex predator in their environment and no other animal prey on them.

Orcas are incredibly fast, flexible, strong, and are the second most intelligent animals in the world after humans

A group of Orca is called pod and so they hunt together as pods and can have a family of up to 40 individuals.

Not all pods hunt whales, far from it, but some do and they are extremely effective.

The orcas in Monterey have figured out how to corral the female whales who roam with their young.

Even though they are significantly larger than orcas, these females have the huge disadvantage of going alone and not being part of a group.

The strategy that the attackers usually follow is to chase the mother and calf until the weaker one gets exhausted and left behind, then they surround and devour it.

The orcas’ obsession with tongues is well documented; on several occasions, it has been the sole or nearly the only thing they eat from their massive prey.

Orca assaults are incredibly effective, so humpback whales have every reason to be afraid of them.

In Monterey, a study discovered 22 similar attacks, 14 of which resulted in the death of the whale calf.

Humpbacks, on the other hand, are highly clever creatures who have figured out a way to defend themselves from orcas.

They have taken steps to defend themselves: Some mothers have decided to defend their young against orca pods.

To accomplish this, they use their strong tail blows as well as the emission of foam clouds in order to chase them off.

Despite traveling solo, some females are closely followed by one or several males that are not known to be related to the female or her calf.

Who can act and protect them in the event of an attack?

When the humpbacks are alone or in a herd, they are capable of pestering the killer whales, which is quite intriguing to note.

By utilizing their whistles, which can be extremely loud and irritating to orcas, they are able to scare them away

The whales show that they can fight orcas hand-to-hand with flipper strikes, foam clouds, and even pushes.

The behavior appears to be aimed at preventing the predator from hunting in humpback territory.

When humpback whales are more in number than killer whales, they can pose a threat and defeat them.

But, as I previously stated, it is not all herds that have learned various tactics to kill them.

It is important to note that orcas are social creatures that live in pods similar to wolves’ packs, or lion pride, and they are highly intelligent.

As a result, whales have reasons to dread orcas, and they do. Some even gang up to wrestle them in an attempt to keep them away from their territory.

Even the great and powerful Sperm whales fear orcas, they team up to defend themselves.

Sperm whales use their very powerful echolocation waves, to stun and discourage orcas, in a physical battle.

Why do tigers live alone?