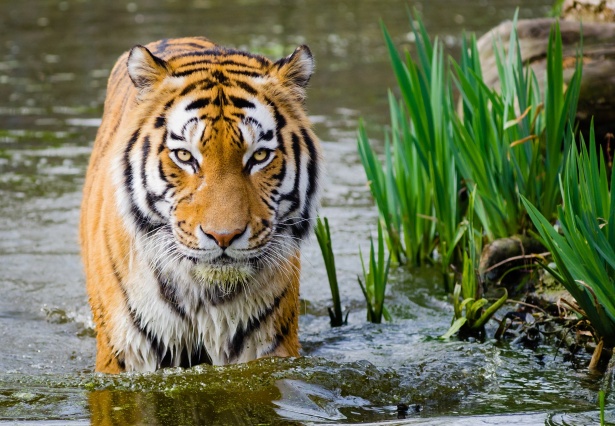 Why do tigers live alone?

Tigers are among the most intriguing animals on the planet.

Their behavioral patterns to the surroundings and the reason for their fast-increasing endangerment are all explored.

Tigers are unique and gorgeous creatures, and many zoologists think that they are among the most fascinating mammals to study.

The tiger’s chosen way of existence is solitude and confinement, a tragic and fascinating trait that stands out among the rest.

While there are several reasons for this, there are many aspects to consider while determining why tigers live alone.

Why Are Tigers Solitary?

Tigers dwell alone for a variety of reasons, including real behavioral research and changing situations.

In a nutshell, tigers are highly territorial, which means they mark their territory and desire to claim it all for themselves.

And that’s because it’s easier to hunt that way, they seem to gravitate toward notions of independence.

Tigers only leave their caves in rare instances, generally to mate or pursue larger prey.

Do Tigers Ever Live in Groups?

It is quite rare to see a group of tigers residing together on a regular basis. However, just because something is uncommon does not mean it doesn’t happen.

Several circumstances could explain why tigers live together.

For example, perhaps the area of their selected territory is limited, leaving little room for actual solitude and isolation.

Tigers also live together if their domain is near a large variety of prey; a vast source of food would cause tigers to congregate in the same area.

Why do Tigers live alone and Lions Live in Groups?

The reasons why lions and tigers differ in their living and hunting habits have to do with the environment they have evolved in.

Lions typically hunt in the wide-open plains of Africa; there’s rarely anything a lion cannot kill, let alone a whole group, as they’re hunting their prey.

Tigers, on the other hand, live in the jungle and they can hide behind trees and bushes, to catch their prey completely off-guard.

Lions are strong and have a lot of stamina, so they can track down their prey for a long time.

Simply put, lions have no need to hide because they are feared and revered by other animals. Tigers, on the other hand, are accustomed to dense jungle environments.

Hiding behind trees and shrubs and pouncing on prey with incredible stealth and precision is why tigers are so great at hunting alone.

tiger avoids traveling in groups because they may get noticed by prey and so they normally just keep to themselves.

Animals who desire isolation are usually exceptionally powerful or cunning.

Due to their large size, skill set, and precision, they do not require help or protection of their kind.

Tigers have been known to kill newborn elephants on their own and they dwell in dense jungles of Asia.

Tigers have great power and there are a lot of hiding places in the jungle where they can carefully monitor their prey and strike. Therefore they prefer to stay and hunt alone.

ARE BLACK PANTHERS A SEPARATE SPECIES?