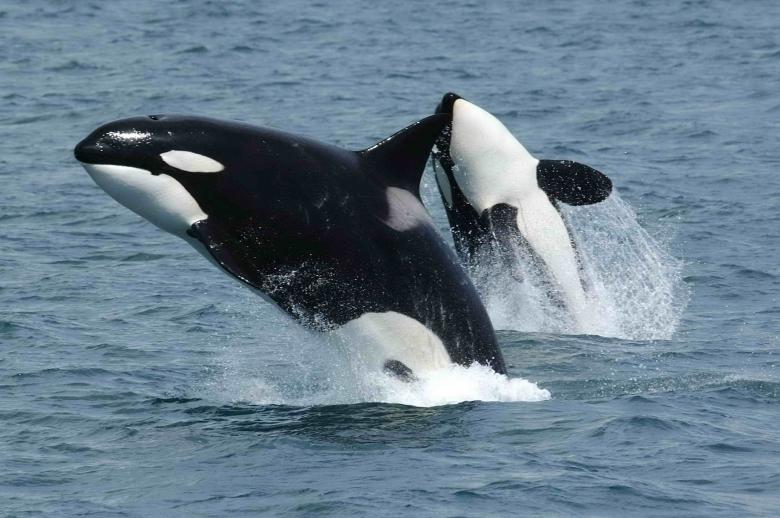 Why is an Orca called King of the ocean?

An orca is a creature of the ocean, not the biggest but the most feared.

They belong to the family of dolphins called the oceanic dolphin family, and they are the biggest member of this family.

They can take down any creature of the ocean, including the biggest whale (blue whale). Before I continue some may ask if an Orca can take down a Great White Shark. The answer is Yes.

Orcas are called killer whales and kings of the ocean for a reason. They are apex predators and this implies that they have no natural predators in the wild.

Now compare that with the bite force of a Nile crocodile at 5000 PSI.

Orca is a Formidable creature.

Humpback whales have developed tactics of defending their territory from Orca assaults.

The Humpback whales form groups and use their strong and massive tail to defend themselves from Orca assaults.

If Humpback whales feel threatened, they would form a circle in which their head would face inward and their tails outward.

The Humpback whales are so big that they can also use their strong tails to render orca unconscious.

In order to defend themselves, they release feces into the water and swirl it all around with their fins.

The whales do this with the hope that swimming through a fog of excrement will repel any potential predators.

In 2016, humpback whales were spotted fighting off orcas in an attempt to save other animals from it.

Orca’s on the other hand rely on their echolocation to locate prey, they form a social group called pods, and they have acute eyesight and intelligence for hunting and defense mechanisms.

Orcas are flexible, intelligent and can easily maneuver their way in the ocean

So the humpback whale could try but might not be successful in defeating an orca.

The teamwork of the humpback whale is their best defense against orca assault.

Whales appear to be non-aggressive from a historical standpoint. Their relatives, dolphins, are known to be extremely sociable and curious towards humans, frequently demonstrating a desire to greet and meet new people.

If they are intimidated or scared, they may display aggressive behavior.

As a matter of fact, On February 24, 2010. Dawn Brancheau was drowned and killed by an orca named Tillikum.

This unfortunate incident happened while Dawn was performing with Tillikum in Orlando USA.

Dawn Brancheau, A female trainer died of ‘drowning and traumatic injuries‘ this happened while she was mauled by Tilikum, a 5.4-tonne orca. You can read more about it Here