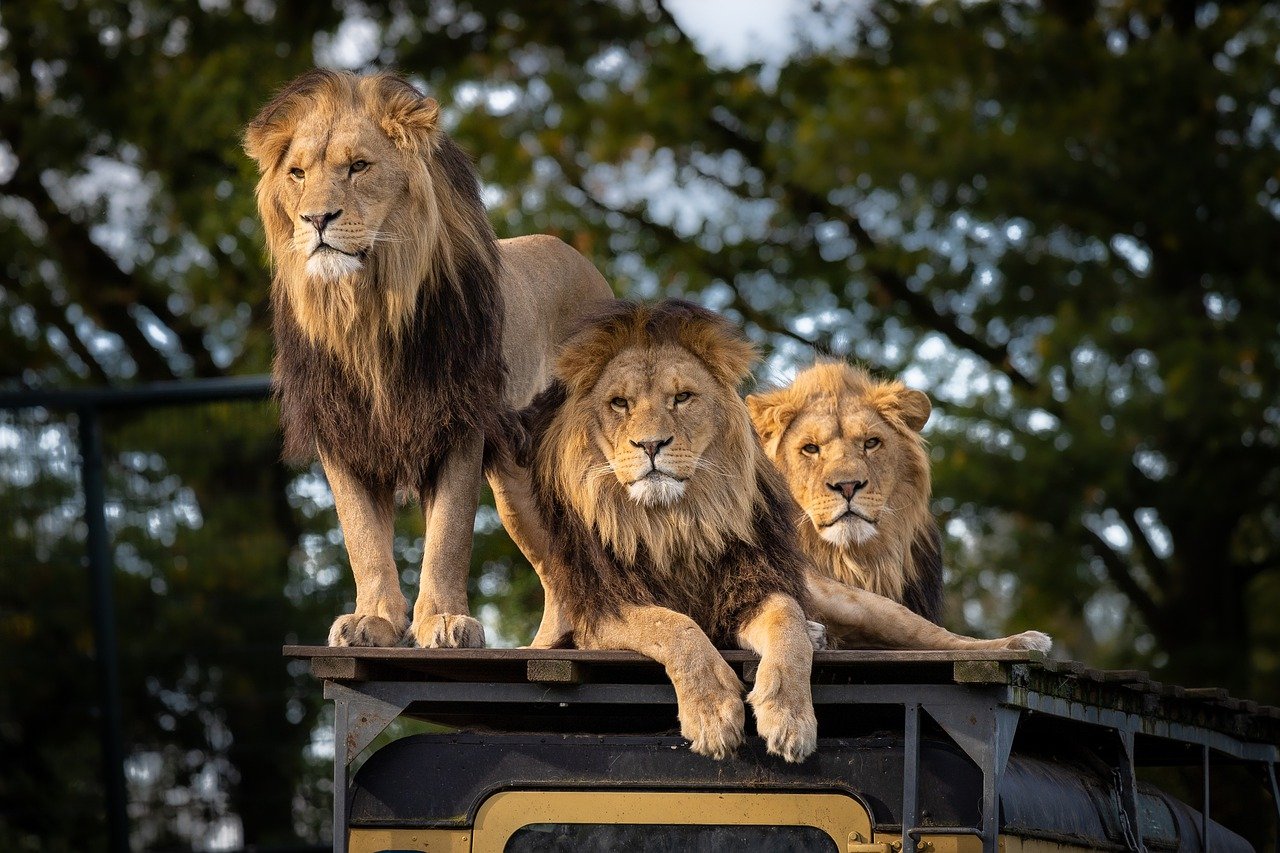 Due to their amazing mane, boldness, power, and strength, lions were long considered kings of the jungle before Disney’s The Lion King.

The lion is the most well-known large cat in the savannah.

Lions tend to live in huge family groups to defend themselves from predators, which sets them apart from other African big cats.

Male lions do not hunt as much as females since females are far more skillful and fast.

When lion cubs are born, they live in peace with their pride until they are mature enough to challenge the pride’s dominant male.

Male lions therefore often leave their birth pride when they reach maturity and may either become nomads or attempt to take the place of a male lion in another pride,

Female lions, on the other hand, tend to stick with their birth pride

The Siberian Tiger is the largest of the big cats in terms of size. but there are other subspecies of tigers that are considerably smaller than a full-grown African lion.

Size is not the only determining factor, there are other factors to consider, the magnificence or brute strength of an animal.

Beauty is in the eye of the beholder. It’s possible that the individual who coined the phrase had a soft spot for lions, particularly male lions.

I’m convinced the popular perception of the lion as “King of the Jungle” stems from the male lion.

With his thick and magnificent mane hanging over his shoulders, he stands proud.

He’s also one of the few members of his pride with a mane, as pride consists of a group of females led by one or two lead males.

Why is the lion king of the Savannah?

The old saying is charming, but, not entirely accurate. The most accurate saying is “Lions are kings of the plain /savannah”

AFRICAN WILD DOG PACK VS HYENA CLAN – Who Will Win?

Bald Eagle vs Great Horned OWL – Who Would Win?