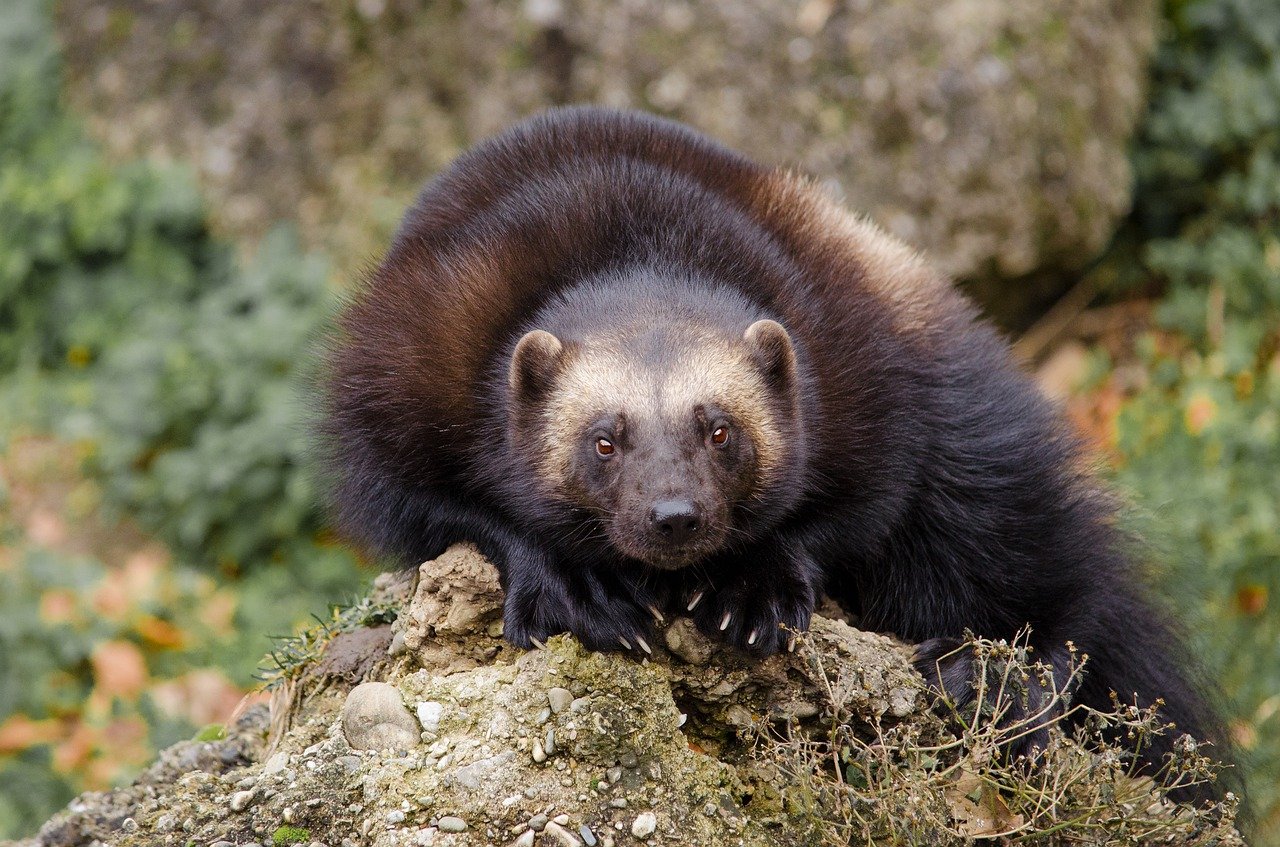 Wolverines are ferocious creatures who have no fear of anything.

They’re known for being difficult and tough for research purposes.

Yeah, you probably don’t want to be locked in a cage with a wolverine: The killing machines?

While wolverines are cunning carnivores, they are as likely to be playful, nurturing, and at times overcome by behavior-altering fear.

Weighing 20-40 pounds, wolverines are much smaller creatures than most of the predators they share habitat with.

Wolverines are ferocious killing machines, yes, but there’s also some evidence that their hissy fits are just to show some form of aggression in a way to scare off threats.

It doesn’t matter if it’s a larger predator or a human.

They can devour bones because their teeth are so sharp and strong.

Wolverines oftentimes save up their food by burying it for later consumption and soon after go on to hunt for a meal again. Wolverine vs Honey Badger

The claws of wolverines are very useful, they use them to build their dens and also to bury their meals.

To make tunnels for their offspring, females dig as deep as 15 feet into the snow.

The claws, however, aren’t just for digging; they also help the animals climb trees.

Wolverines are known as “skunk bears” by one Native American tribe.

There’s a myth in folklore that claims the wolverine is the strongest in the animal kingdom, but thanks to science this is absolutely false.

These animals can be hostile, yet their bite is only moderately powerful:

When compared to the polar bear, which has 1646.7 Newtons. Grizzlies, tigers, and lions are in close proximity. How to survive the most aggressive animals

Wolverines can cover long distances up to 15 miles in search of food.

These lonely creatures roam a territory of 47 square miles in the United States and more than 270 miles in Scandinavia.

How to Survive Venomous Sea Snakes