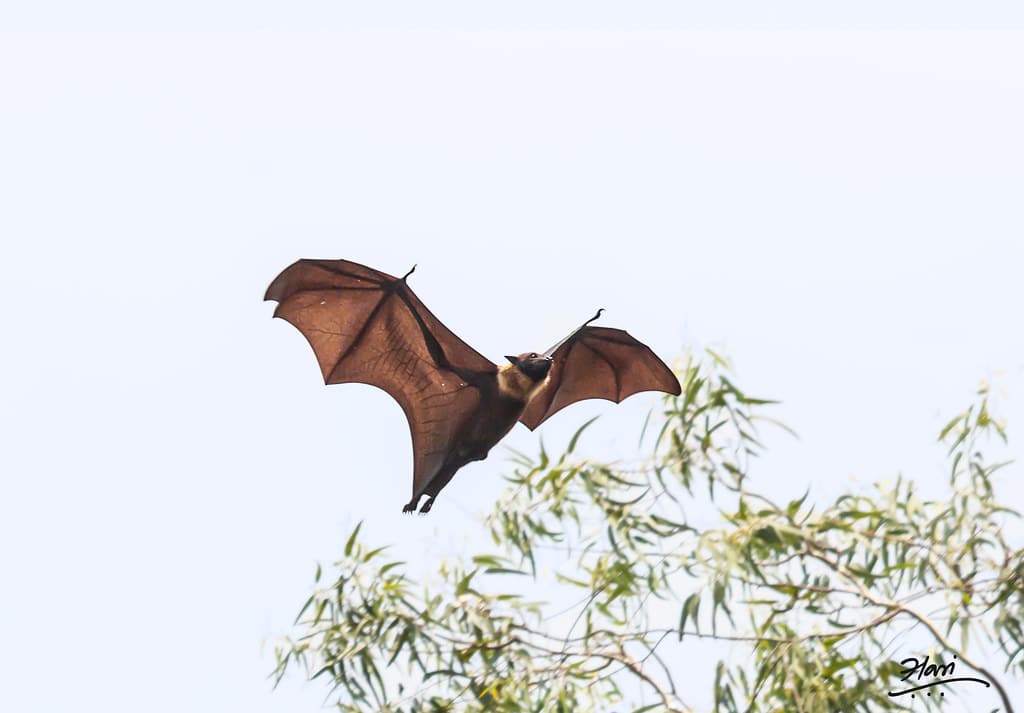 Bats are mammals that have evolved to feed on blood, according to scientists, they belong to the order “Chiroptera”.

The terminology (Chiroptera) is also the scientific name for bats, a greek term used to describe a creature with “hand wings”.

These creatures have a thumb and four long fingers similar to humans but the difference is that each finger and thumb is connected to a thin layer of skin. The wing of bats can be likened to a modified human hands

Bats are the only mammal on earth that can fly incredibly well, better than some birds if I might add. They are more agile and swift in sustained flight than most birds reaching speeds over 100 miles per hour

Where do bats live

Bats can be found on every continent of the world, except in extreme deserts and polar regions.

They are most commonly found in Caves, on trees, under bridges, in mines, and sometimes find their way into people’s houses.

Some species of bats like the spotted bat survive by migrating to warmer regions when it gets chilly, they do so in search of food, while other species of bats hibernate during winter.

How many species of bats are there?

It is estimated that they are over 1400 bat species in existence today, and this implies that they are the most diverse groups of mammals save rodents.

In national park alone one can identify more than 50 unique species of bats, each species vary in size and shape. Strange isn’t it.?

Why do bats feed on blood?

A term used to describe vampire bat feeding habit is “hematophagy“, and this means that they feed on blood for survival, there are other animals who feed on blood as well, mosquitoes, lampreys, etc.

The only bats that feed solely on blood and scientists believe that it is due to their high protein intake and poor nutrient diet.

Fortunately, human blood is not on the menu of vampire bats, they feed on sleeping cattle, and horses.

If cattle and horses are scarce, they may result in feeding on human blood and this has been observed.

They suck the blood of their victim for a period of 30 minutes before finally flying away. During the course of feeding, their bite can cause infections and all sorts of diseases as they are known to be carriers of viruses and bacteria.

Few Vampire bats were observed in Southwest Texas USA making small incisions with their sharp front teeth and lapping up blood with their tongue, often observed feeding on the blood of livestock such as cattle and horses, as well as deer, wild pigs, and even seals.

Why are bats important to human survival?

Bats are Important to human survival because they help control the population of mosquitoes, thereby reducing to a great extent the viruses spread by the insect. They help control Malaria as well to some degree.

There’s a disease called The “West Nile virus”. This disease would have been apparent and serious without bats.

In addition to feeding on mosquitoes, they also feed on beetles, moths, and leafhoppers.

Bats help in the pollination of fruits such as bananas, avocados, mangoes, etc. over 300 species of fruits rely on bats for pollination, bats help spread seeds for nuts, figs, and cacao.

Bats help to control the population of insects that fly at night.

Bats are wild animals, although, they pose no threat to the human population, they are somewhat gentle creatures unless, of course, they feel threatened then they may become aggressive.

Very rarely would you hear of Bats attacking humans? It barely happens.

There’s a myth going around that bats are blind, especially during the day.

Bats have been seen flying during the daytime and so they are not blind, although they have small eyes that are sensitive to vision somewhat pitch-black eyesight, hence the reason for their activeness at night.

Unfortunately for bats, they don’t have the sharp and colorful vision that humans and other animals have.

What do bats sound like and what is it called?

There are over 1400 species of bats, every species have different calls and sounds they make. Generally speaking, bat sounds are described as “clicks”. You can most definitely compare it to the sound of birds’ chirps. It’s almost the same kind of tone. Bats make different kinds of sounds as well.

Some humans would associate bats with evil creatures due to the fact that they fly at night and hang upside down.

But such myths and legends are false. Bats are smart, intelligent creatures that live in caves and are peaceful.

Their unusual form is no fault of their own.

Why do bats hang upside down?

Bats have evolved in ways beyond the scope of comprehension. Their unique physical nature has given rise to their unique abilities to hang upside down, they roost together in caves and trees hanging with their heads facing the ground and their wings draped around their bodies – They sleep in this position, very strange creatures I must add.

Do bats poop from their mouth?

Bats are mammals and as such, they have a mouth and an anus, the mouth for feeding, and the anus for poops, similar to humans and other mammals as well. They poop while flying in most cases.

This disease can be life-threatening when it comes in contact with the immune system of humans or animals, it’s a disease that affects the lungs, weakens the immune system, and is usually transmitted via air i.e inhalation.

What is the biggest species of a bat?

The Hammer-headed bat also referred to as the hammer-headed fruit bat and the big-lipped bat – Is a megabat widely distributed in West and Central Africa.

Where do hammer-headed bats live?

They live in lowland tropical moist forests, swamp forests, and plain forests, they oftentimes roost on trees, having a colony ranging up to 25 individuals.

What is the largest bat?

The Greater Mastiff bat(Eumops perotis) is considered the biggest bat in the United States of America (native to North America). They have large ears which extend along with their noses.

The most common bat species is called the “hoary bat” and it’s found all across Canada, and the United States, south into Central and South America. Subspecies of hoary bats have been found in Hawaii.

What is the rarest type of bat?

There’s a very rare bat in America, an endangered Florida species “bonnet bat” which was once thought to be extinct.

These bats lived in Corals, and tile roofs. Their low-frequency echolocation is an easy way to identify them.

What Animal prey on Bat

There are very few natural enemies of Bats.

Hawks, snakes, and Owls are among the animals that prey on bats. However, one of the biggest threats to the bat population is diseases (white-nose syndrome).

These white fungus diseases have been observed in hibernating bats and detected in  37 states and seven Canadian provinces.

It is important to avoid places where bats hibernate and most importantly if you ever find yourself in places like that decontaminate your clothes and footwear so you don’t spread the disease to other areas and people.

Bats help clean themselves, they lick each other off, the same way cats lick themselves. They spend time grooming each other. Although this may help control the parasite, it could also aid in spreading it

Baby bats are known as pups and a group of bats is called a colony, mother bats breastfeed their pups, they don’t lay eggs but give birth to young ones.

studies into how bats make use of echolocation have helped scientists develop navigational aids for the blind. Research on bats has also led to advances in vaccines.

Bats just like other mammals have belly buttons similar to humans because of their mothers’ umbilical cord.

Alone in the Wild: What Would Happen if a Lion Couldn’t Find a Pride?