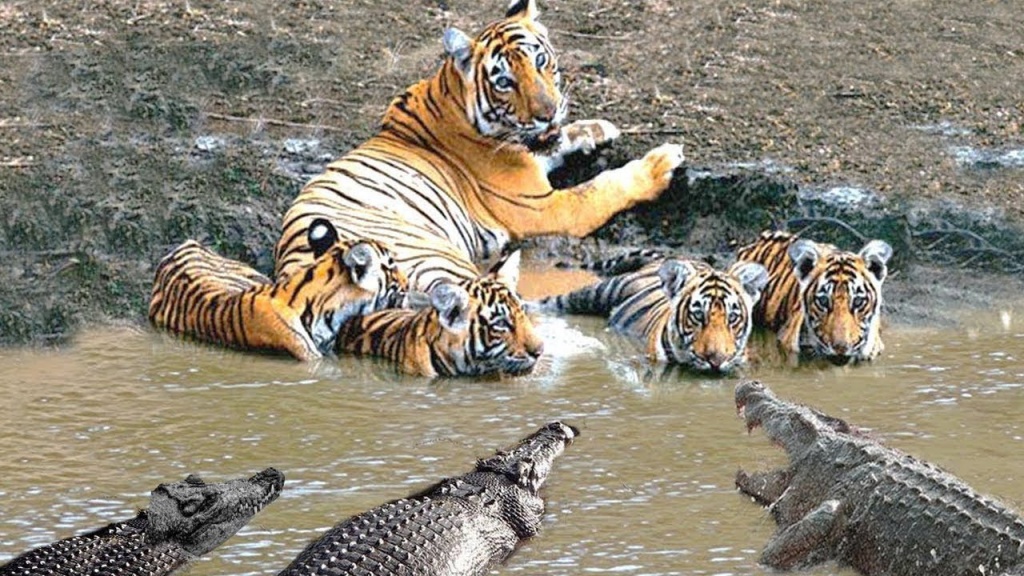 What animal can take down a full grown tiger?

The biggest cat in the world is the Tiger and they weigh 425 kg pounds, giving them more advantage in taking down preys.

But Animals in the wild are relentless and don’t give up easily. Animals that can kill a tiger must have more weight, have deadly tactics, and more aggressive.

It is no wonder that a tiger would rarely hunt a spiky poke-ball porcupine because it would get injured or killed.

Tigers may be fierce but porcupines are good at defense. A tiger would risk serious injury and die eventually.

Injuries in the wild most often results in certain death. And so most predators keep away from animals that strikes back.

An Indian Rhino is a match for the tiger as it is 5500 pounds(2.54 tons)and is more heavy than tiger.

Rhinos are very aggressive and they tend to charge at predators using their spiky forward horn as defense. They inflict injuries in the process. A tiger could also kill a rhino.

Elephant is 12000 pounds much heavier than a tiger.

Elephants travel in herds giving them a preferred advantage against any predator. Any attempts by a tiger to take down a baby elephant means certain death as the mother elephant would trample the tiger to death.

Saltwater crocodiles can kill a tiger, they have much stronger bite force.A saltie can bite at 3700 pound psi and a tiger only does 1050 pound psi.But tigers are still mean,lean killing machines because in 2003 a tigress named “Machali”killed a 14-foot mugger crocodile. Animal in the wild that can kill a tiger

But Lolong,a 20-foot Indian saltwater could defeat any tiger.

Reticulated pythons are massive and huge, they kill by constriction. A tiger wouldn’t stand a chance against this pythons, so in most cases tigers flee.

Hippopotamus don’t care about anything, they are big, massive, they have huge jaws and huge canine teeth.

An Hippo would aggressively devour a tiger without any remorse whatsoever. They are very protective of their space and any invader would be killed on the spot. Tigers don’t stand a chance.